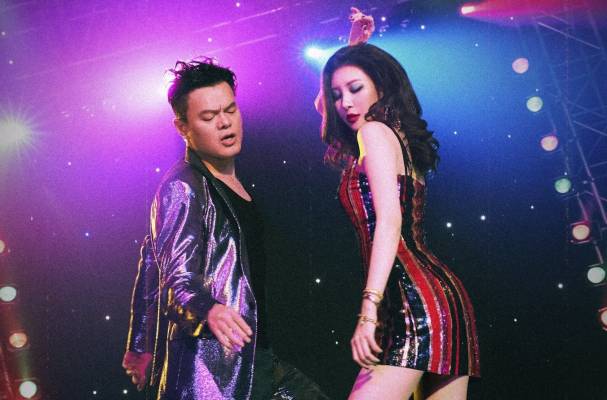 Sunmi and JYP release their first video teaser for their summer duet, “When We Disco”!

Park Jinyoung, otherwise known as JYP, announced across his official SNS channels his plans to unveil a collaboration track with soloist Sunmi. Following Sunmi’s departure from JYP Entertainment, the singer and her once-mentor continue fond collaborations, evident with their upcoming project. Sunmi subsequently unveiled their track poster on her own SNS platforms.

After JYP’s first announcement on August 3, the duet emerge as a popular interest within both the music industry and the general public. Coined the “Dancing King” and “Dancing Queen”, many expect the pair’s similar performing charisma will result in a sensational performance.

Sunmi explained to media outlets, “When PD Park Jin-young contacted me to join, he said he had no one in mind but me. I immediately decided to take part. I don’t think anyone else could have done it.” She also stated, “I never dreamed that there would be a day when we would sing a duet together. Throughout the recording and music video shooting, I wondered, ‘Is this a dream or a surprise?’ I think everyone will be surprised.”

On August 5, Sunmi released an official video teaser to her SNS channels, providing fans’ with a hint of what is in store.

In a visual retro whimsy, Sunmi and JYP stand on different balconies crooning a snippet of the song. In particular, the video’s climactic drum beat at the end intrigues listeners for the rest of the track.

The music video for “When We Disco” releases on August 11 at 6 pm KST. Meanwhile, the actual track releases one day later.