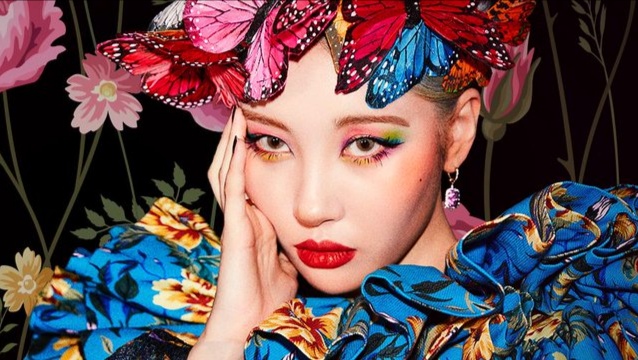 Sunmi Breaks Out Of Her Cocoon With “LALALAY”

It’s no surprise that Sunmi is a queen of imagery and hidden meaning.

Sunmi materializes from the shadows with a new release from her deck of “hit song” cards through “LALALAY”, a non-album single she released on August 27.

Evident from her teasers, the main theme of her comeback single focuses on a butterfly motif. She starts the colorful fashion fest by emerging from a suitcase in a “cocoon vs. butterfly” action. It can mean that this time, her concept is about transfiguration or, on a more related note, metamorphosis.

Her music video consists of various affairs. On one point, she donned a pair of Harajuku-inspired hairstyle and outfit as she paraded in front of beauty salons.

The smug look on her face while dancing suggests that the image of innocence was an act. It was a ruse to distract viewers from the real hideousness of metamorphosis. This circles back to her story which seems to tell viewers that beauty is sometimes used as a front.

The overall message of “LALALAY” implies its support to its predecessors.

Going back to the teaser for her 2018 hit, “Siren”, she explicitly tells that “the beautiful me does not exist in your illusion”. Sunmi seems to believe in the phrase, “beauty is not only skin deep”.

Her last single, “Noir”, discussed about the toxic effects of social media. She went around eating candy hearts and doing various dangerous things to get reactions from people on the internet.

It is enough of a blatant example that the society we are in is getting consumed by the toxic effects of social media. She may have a personal mission to tell everyone that not everything is as it seems. 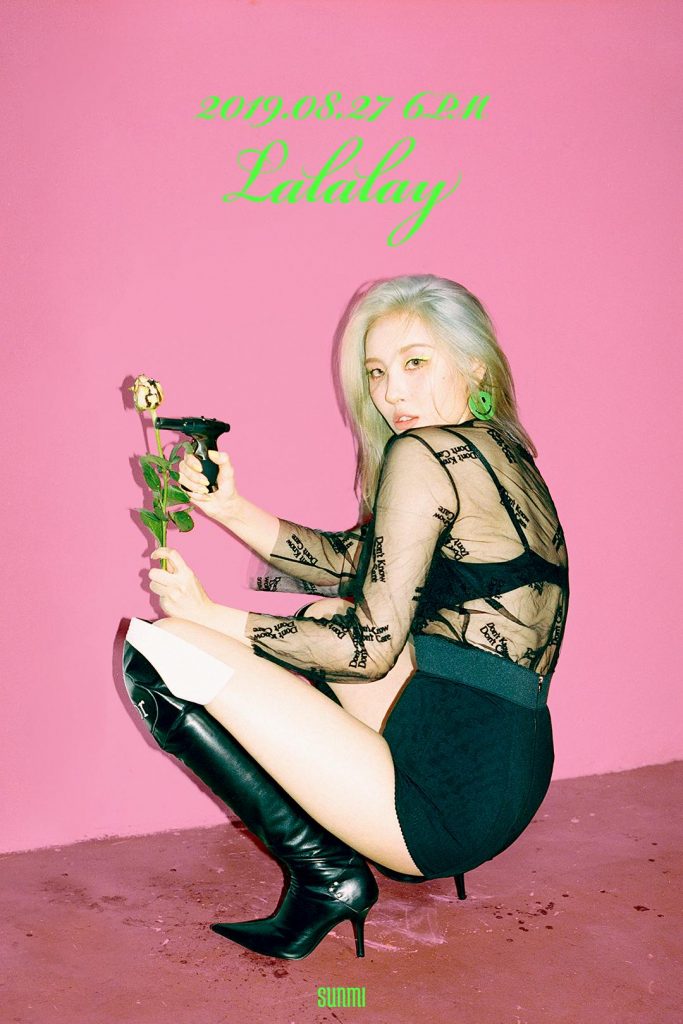 Her lyrics are also straightforward enough. She’s addressing someone about gossip about her. Sunmi furthers her argument saying that if the mood is good, she’s okay. She even adds that even if she’s criticized, she’s okay.

The melody overall is not as catchy and striking as “Noir”. Nevertheless, it captured the signature Sunmi vibe: colorful, fun but it makes you think.

With “LALALAY”, Sunmi proved again that she is one of the industry’s most interesting artists. Her craft not only goes to her music but to her imagery and message as well.

We need your support! If you have enjoyed our work, consider to support us with a one-time or recurring donation from as low as $5 to keep our site going! Donate securely below via Stripe, Paypal, Apple Pay or Google Wallet.
FacebookTwitter
SubscribeGoogleWhatsappPinterestDiggRedditStumbleuponVkWeiboPocketTumblrMailMeneameOdnoklassniki
Related ItemsLALALAYSunmi
← Previous Story Kang Daniel Talks About Amusing Movie Inspirations For His New Songs, Working On His Debut Album, And More
Next Story → EXO’s Suho Shares Visions As An Actor, Uses Sehun’s Age To Measure Time, And More In High Cut September 2019 Interview