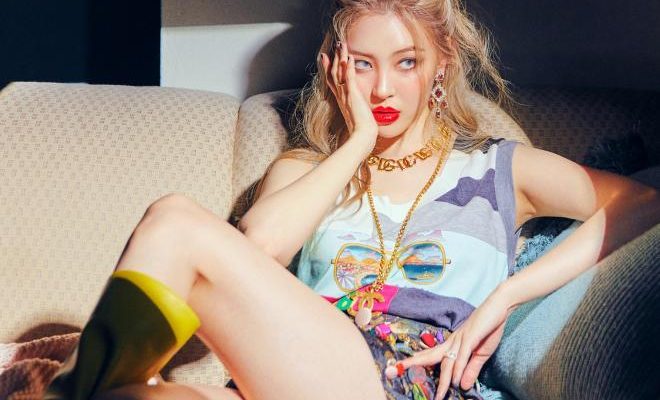 Sunmi Raises Expectations With A Teaser Poster Ahead Of Her Comeback

Sunmi radiates femme fatale power in the newest teaser poster for “You Can’t Sit With Us”, just one day before its release!

Sunmi raises the excitement for her upcoming comeback with a brand new teaser poster. One day before her comeback with mini-album, 1/6, the artist delivered another concept image for her title track, “You Can’t Sit With Us”. The poster captivated fans’ attention, displaying a reversal of the kitschy, ‘high-teen’ concept featured in previous photos. 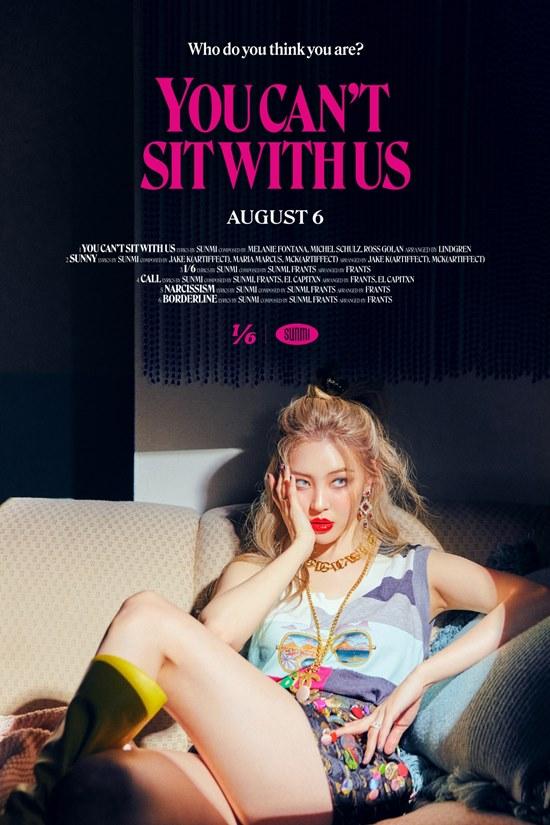 Instead, Sunmi portrays a cold expression and glaring blue eyes. With a bold red lip and tousled hair, the artist shows her signature femme fatale power in the image. By showing different looks and concepts throughout teaser images, Sunmi keeps fans on their toes regarding what to expect from the release.

Most recently, the singer surprised fans with the music video teaser for “You Can’t Sit With Us”, revealing a unique and unexpected zombie plot. Subsequently, fans took to SNS expressing their excitement, applauding the artist for her acting and for the intriguing concept.

Furthermore, Sunmi will host a special event on TikTok. The challenge called “#Youcantsitwithus”, will invite fans to show off their dancing skills to the new song. The event will begin at midnight on the day of the track’s release.

Many anticipate the artist beginning a new dancing trend, following the lead from previous iconic moves of her songs “Gashina” and “Tail”.

Sunmi will make her return on August 6 at 6 PM KST.