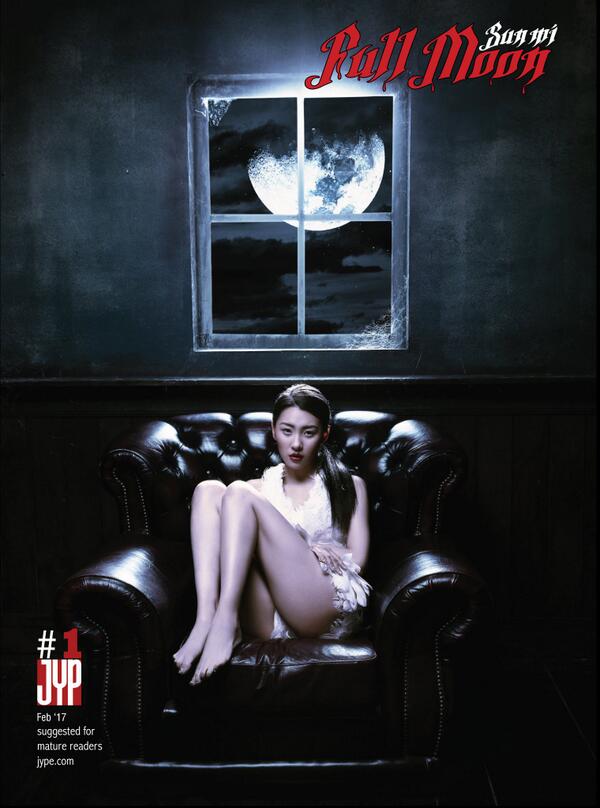 Transforming into a vampire, Sunmi releases the full music video for Full Moon from her new mini-album with the same title.

Released on February 16, Full Moon is the first collaboration between Brave Brothers and Park Jin Young. The MV showcases Sunmi’s charm and a barefoot dance that is bound to capture its audience.  The trademark vibe of Brave Brothers adds to the uplifting energy of the song’s piano and guitar accompaniment.  The MV also features Lena‘s rapping skills.

Hellokpop, as an independent Korean entertainment news website (without influence from any agency or corporation), we need your support! If you have enjoyed our work, consider to support us with a one-time or recurring donation from as low as US$5 to keep our site going! Donate securely below via Stripe, Paypal, Apple Pay or Google Wallet.
20
SHARES
FacebookTwitter
SubscribeGoogleWhatsappPinterestDiggRedditStumbleuponVkWeiboPocketTumblrMailMeneameOdnoklassniki
Related ItemsBrave BrothersFull MoonPark Jin YoungSunmi
← Previous Story DJ MASA live in London Press Release
Next Story → Toheart’s (INFINITE’s WooHyun and SHINee’s Key) Prologue Teaser