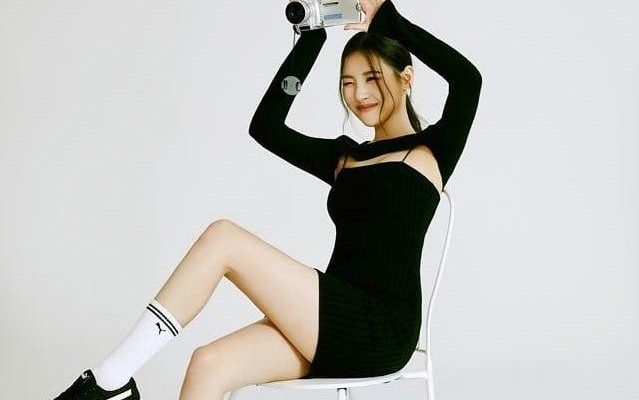 Sunmi hints another iconic, dark and spellbinding musical release as she is poised to return this February with her single album TAIL!

Versatile soloist Sunmi has finally begun the countdown to her nearing comeback by releasing a special scheduler and the official track list of her upcoming album. 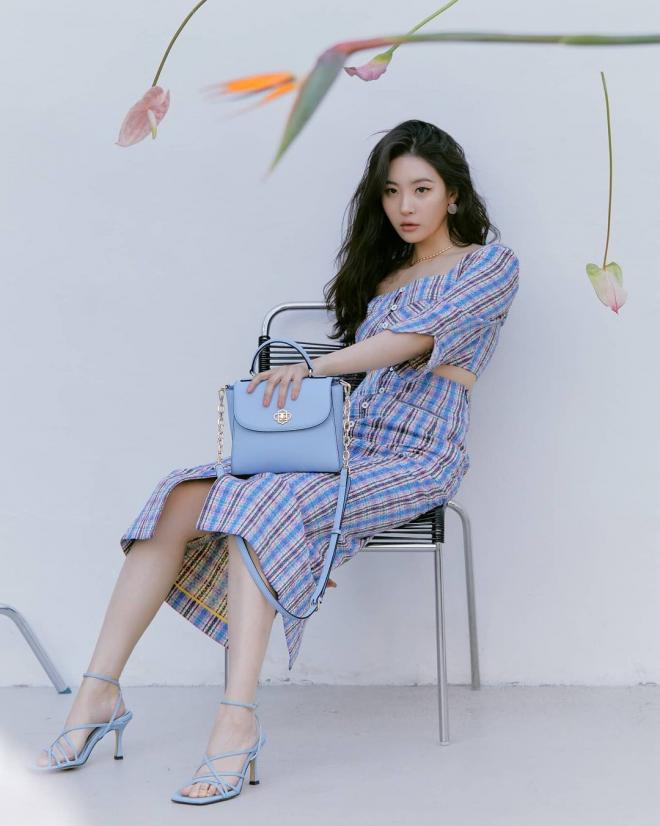 Through its haunting and intriguing vibe that seemingly indicates a daring concept, the poster immediately drew hot response from global fans.

Deviating from the dreamy and soft image the singer demonstrated in her previous album, the poster also hints a fierce and mesmerizing appearance from Sunmi.

Notably, this will mark as Sunmi’s return since she revealed her lovely single “Pporappippam” in June 2020. Additionally, TAIL will also be the idol’s second solo single album since she unveiled her iconic musical piece Gashina and its lead single bearing the same title.

From the looks of the first set of teasers alone, fans are definitely in for a wild and memorable ride starting February 17, with the release of the soloist’s first concept photo.

Sunmi, who has been gracing fans’ playlists with her remarkable songs and its unique messages, has two types of concept images in store for the audiences. 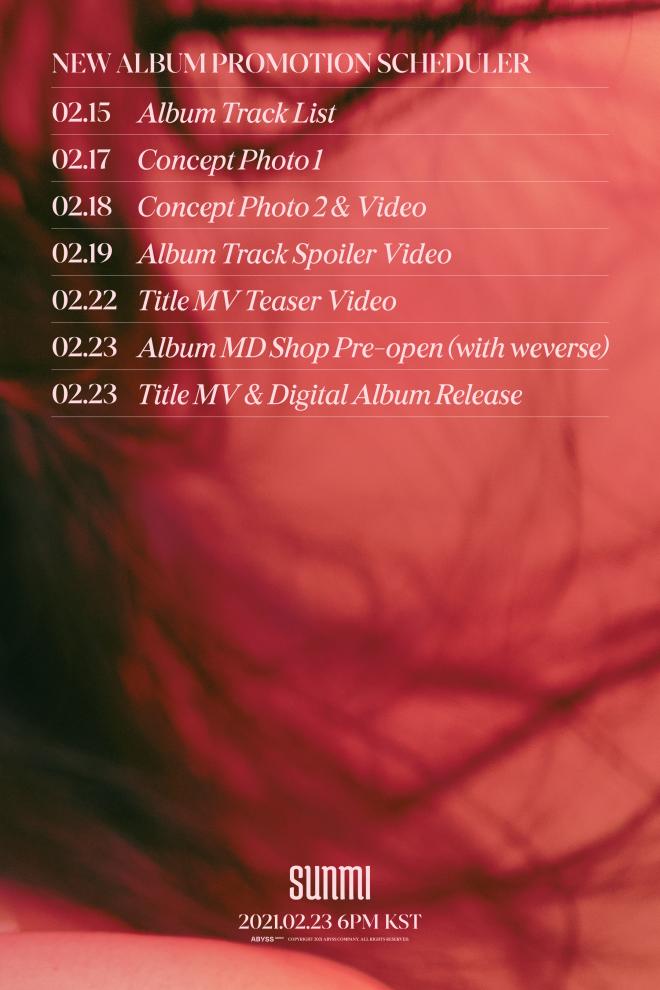 Expected to attract attention, the second photo will be unveiled to the public on February 18, along with a special video.

Following the album track spoiler video which is set for release on the next day, a music video teaser will also take the limelight on February 22.

In addition, a special pre-order of the album’s official merchandise will open on February 23, along with the release of Sunmi’s comeback music video and digital album.

2 NEW SONGS TO JAM TO 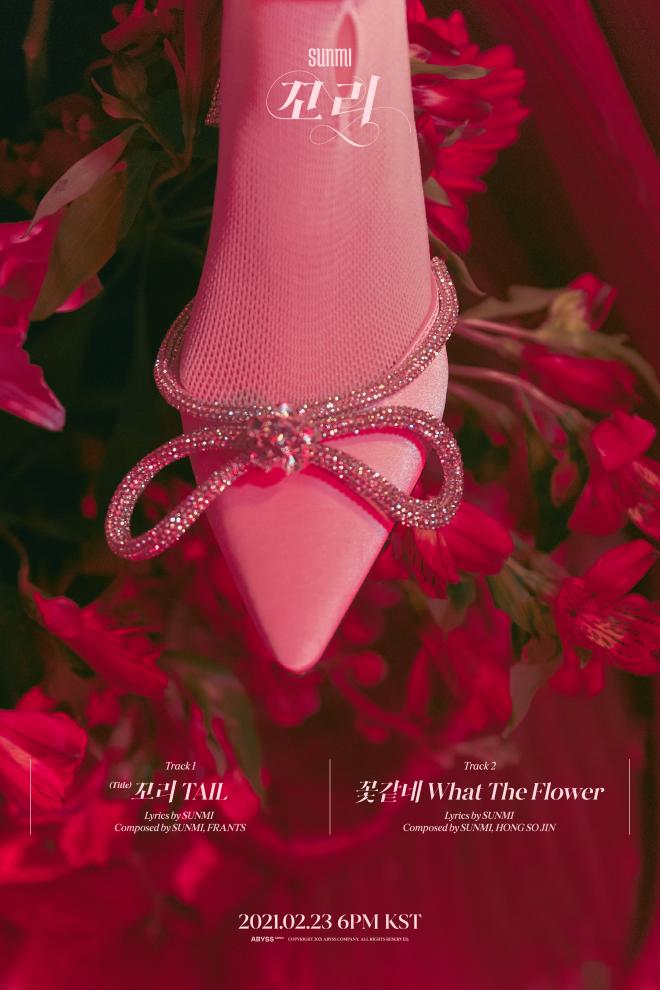 Specifically, this will include two tracks in total, including the title song “TAIL.” The other song “What The Flower” also corresponds to the poster’s theme, which highlights a bunch of bloody red roses.

Highlighting her awe-inspiring artistry, Sunmi co-composed and wrote the lyrics for both her upcoming tracks.

Just recently, the singer gave fans a glimpse to her upcoming return to the music scene by posting photos on her Twitter account, containing her stunning facial features.

The images, which seem to be from the official jacket photoshoot, effortlessly took spectators’ breaths away as Sunmi stares intently unto the camera with her mesmerizing eyes.

Her impactful make-up that highlights her ethereal visuals also adds up to the rising anticipation regarding the comeback.

Meanwhile, Sunmi will end the second month of February with a bang, along the release of TAIL on February 23 at 6 PM KST.

Photos from Oryany and Puma Korea