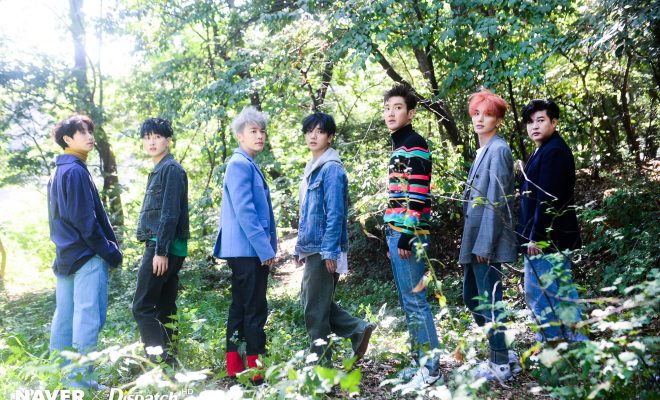 Super Junior Does Not Want To Be Called Legendary

Rather than legendary, Super Junior prefers to be called something else.

The much-anticipated return of South Korean boy group Super Junior in Manila has happened on June 30 at the SM Mall of Asia Arena, Philippines.

Leeteuk, Heechul, Yesung, Shindong, Siwon, Eunhyuk, and Donghae staged the seventh installment of their international tour, Super Show, in front of thousands of their Everlasting Friends in Manila, who waited five years to see their favorite boy group.

Thank you so much Philippines. We will never forget about your love and passion for us. We hope we will always be together. Thanks again. See you soon. Love. pic.twitter.com/tj9gCf91bi

If there’s a word that could best describe Super Junior, especially in terms of its influence in the spread of Hallyu in the Philippines, it might be the word, “legendary”.

The boy group, who debuted in 2005, was the first K-Pop group to stage a major solo concert in the Philippines. Its third extended play Sorry Sorry was the first K-Pop album to top local charts. Donghae and Siwon were also among the first generation of K-Pop idols to be tapped by a Philippine fashion brand to be its ambassadors.

But for Super Junior’s Siwon, “legendary”  just does not sound right. “Don’t call us legendary,” he said during an interview for local TV show, Rated K.

According to Siwon, being called “legendary” makes them, in his words, feel like old. Instead, the singer-actor nodded in agreement when called an idol group.

During the interview, which was filmed before the concert, Leeteuk expressed his gratitude to their local fans.

“Despite the long time, we are very thankful that you are still welcoming us with great energy,” he said.

FacebookTwitter
SubscribeGoogleWhatsappPinterestDiggRedditStumbleuponVkWeiboPocketTumblrMailMeneameOdnoklassniki
Related ItemsSuper Junior
← Previous Story UNB On The Short Time Gap Between “Boyhood” And “BLACK HEART”: “We Do Not Have Time”
Next Story → Twice To Bring The Party To The Beach In July Comeback