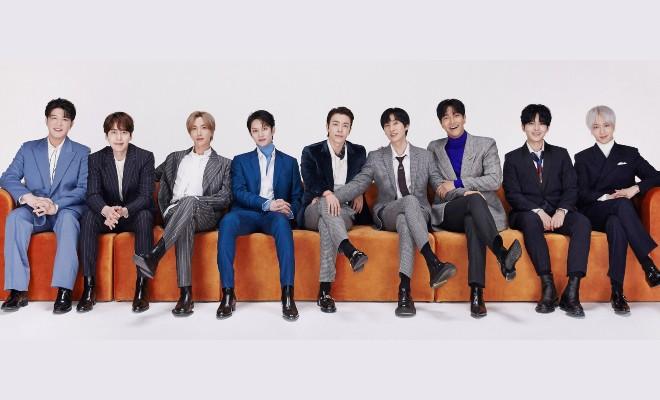 Super Junior perfectly executes the emotions in the Live version of the remake for “Raining Spell for Love”.

Super Junior has just stunned with the reveal of their Live clip for “Raining Spell for Love”. This is part of the group’s unveil of its upcoming and anticipated 10th album.

Super Junior is currently preparing for the release of their album The Renaissance. Previously, the artists revealed one of the songs that will be included on it, titled “The Melody“. Specifically, the track was released on time for the group’s 15th debut anniversary and took fans on a trip down memory lane, touching the hearts of people who listened to it.

Now, the artists are here with another surprise. Earlier, the group conducted a vote among fans, 2020 SUPER JUNIOR Awards, and “Raining Spell for Love” topped the list for “A song I want SuJu to do a remake of”. It managed to beat strong candidates such as “U”, “Miracle”, “Devil” and more.

This song is part of the group’s seventh full-length album MAMACITA and is an R&B pop track that expresses the heart of a man after a break up. On the other hand, the newly created “Raining Spell for Love (Remake ver.)” maximizes the lyrical mood of the original song, with trendy sounds and sophisticated piano arrangements, reinterpreting it with deeper emotions.

Meanwhile, Super Junior is in the midst of preparations for the release of the 10th album The Renaissance this December. The album will have a total of ten songs, including the pre-released “The Melody” and the remake version of “Raining Spell for Love”.