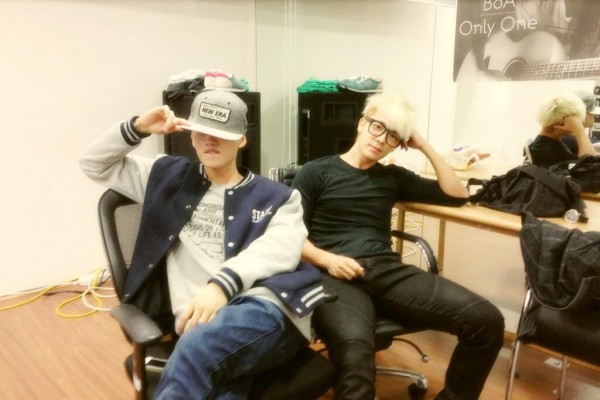 By Community | May 11, 2013
FacebookTwitter
SubscribeGoogleWhatsappPinterestDiggRedditStumbleuponVkWeiboPocketTumblrMailMeneameOdnoklassniki

Super Junior‘s sub-unit EunHae, short for Eunhyuk and Donghae, will have their launch event for the special edition of their second album on July 4 in Tokyo, following the album release on June 19.

A special Elf-Japan CD+DVD version will be released for the Japanese fans of Super Junior and EunHae with a special feature of the live clip of Oppa Oppa from last year’s fan meeting event in Shibuya. Their second album titled, I Wanna Dance, has a CD and a CD+DVD version, with a song called Love That I Need featuring Henry of Super Junior-M.

It is produced by Team One Sound (Peter, Sky and Jinoo), which also produced their first album as a duo that became a big hit especially to those who ship the Eunhyuk and Donghae pairing.

Keep yourself updated with more details about their new album event in Japan in hellokpop, and don’t forget to watch their second album invitation below: