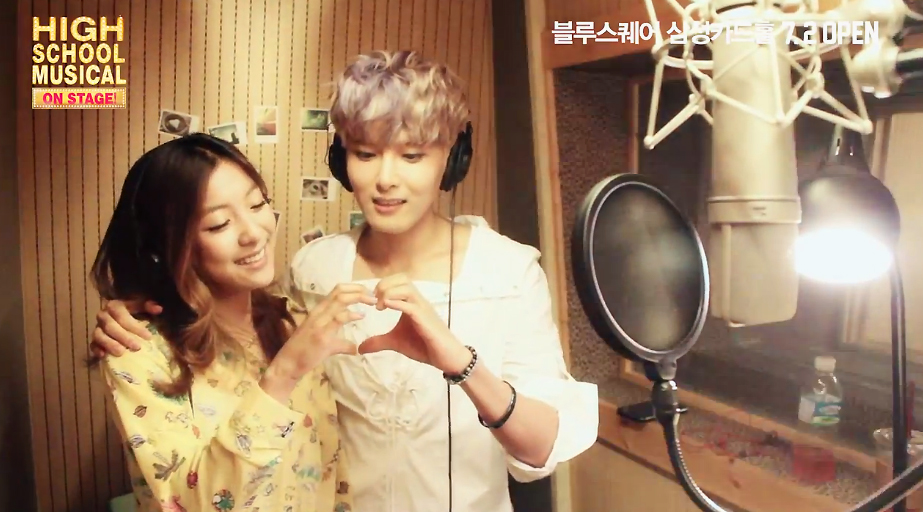 It’s the Start of Something New with Super Junior’s Ryeowook and f(x)’s Luna– in their newly released video, that is!

The video of their duet performance for the OST of the musical adaptation of the Disney Channel film, High School Musical,  was released on CJ E&M Musical’s YouTube page, in which Ryeowook and Luna portray the main leads, Troy and Gabriella respectively.  The video also features additional footage from the musical such as photoshoots, press-conferences, as well as segments from the live performances itself.