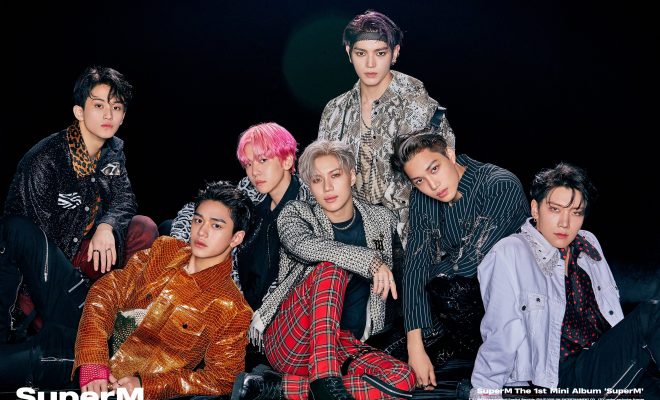 A group formed out of famous idol superstars, SuperM promises an action-packed debut!

Weeks ago in the US at Capital Congress 2019, SM Entertainment had caused a stir with the announcement of their plans for launching a new powerhouse group named SuperM. Since then, the group has received a lot of attention from K-pop fans and media worldwide. What is unique about this monster rookie group is that it consists of a mix of top idols who have already debuted in the past with different groups (SHINee, EXO, NCT 127 and WayV) under SM Entertainment. 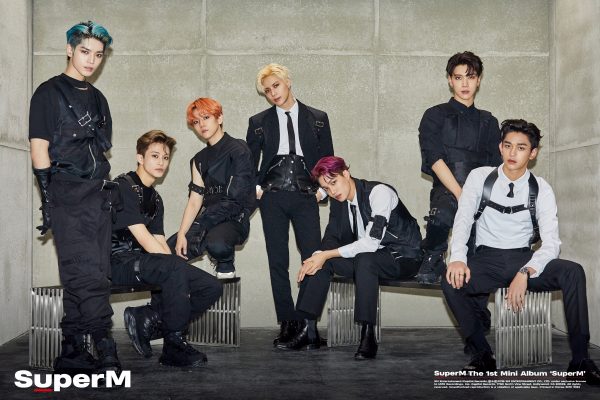 Consisting of seven members: Taemin from SHINee, Baekhyun and Kai from EXO, Taeyong and Mark from NCT 127, and Lucas and Ten from WayV – SuperM will release their much-anticipated debut album titled Jopping on October 4. The album has five tracks which are, “Jopping”, “I Can’t Stand the Rain”, “2 Fast”, “Super Car”, and “No Manners.”

The group has already released a series of trailers and images for the latest mini-album which has got the fans hyped. On September 30, more teaser images featuring Kai, Ten and Lucas from the MV were released. 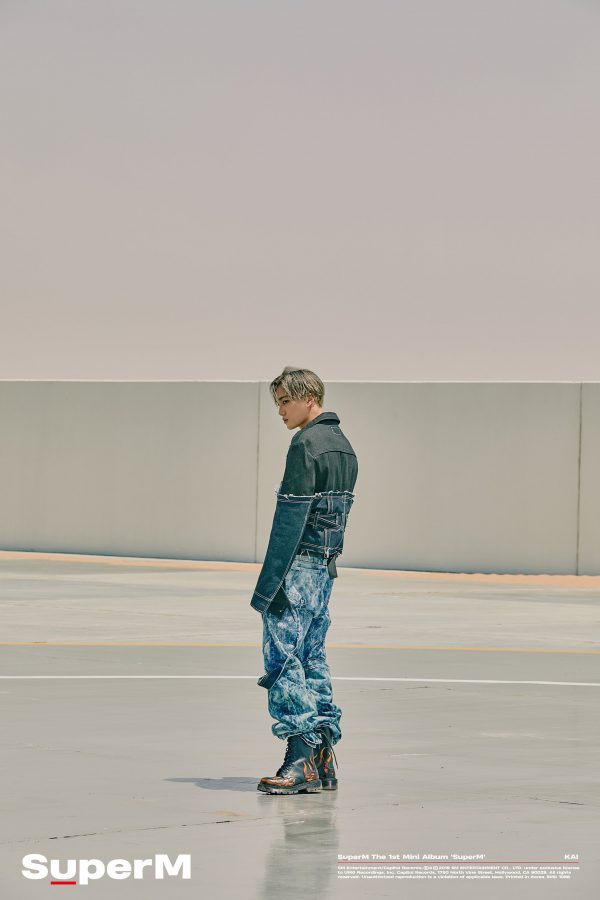 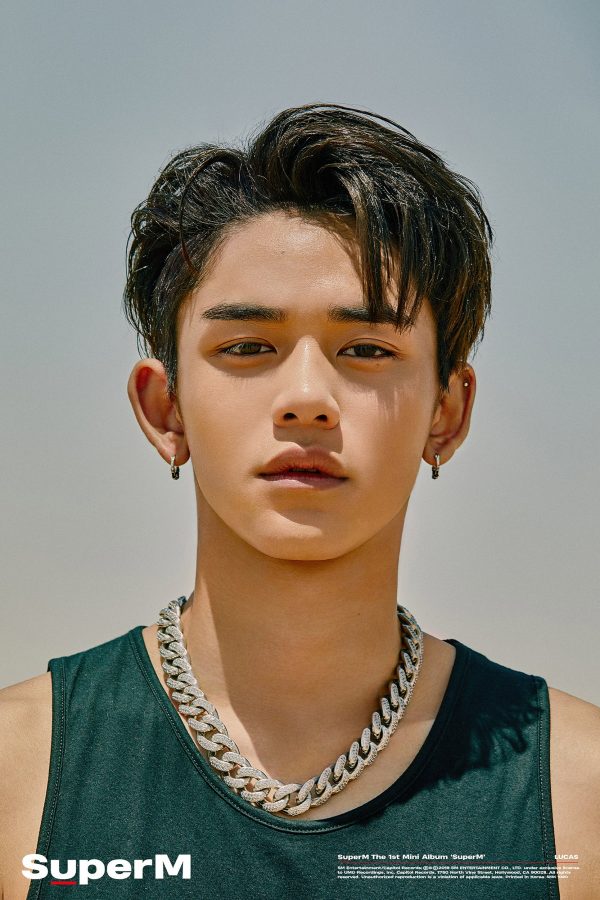 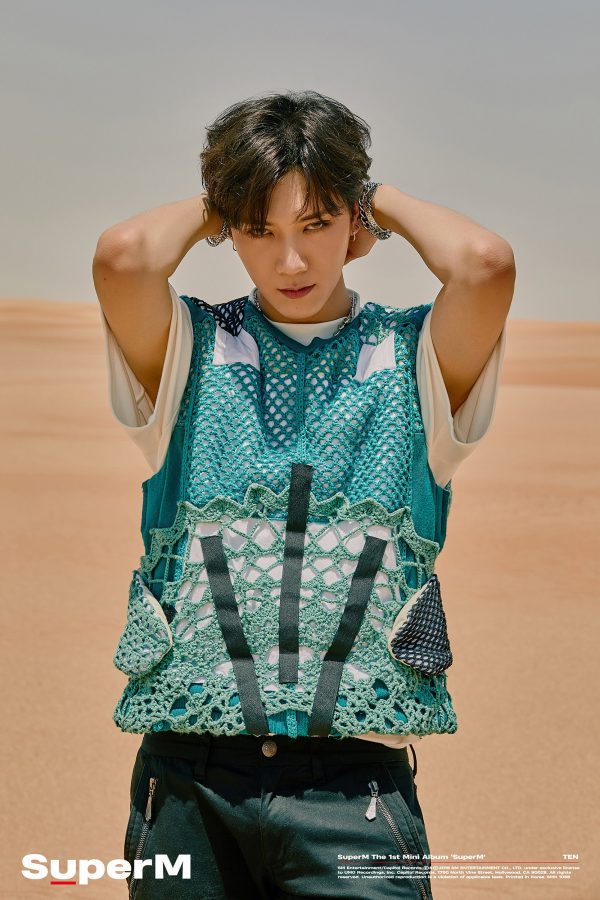 Read: Super M Teases About The Future And Sets Their Schedule For Much-Anticipated Debut

SHINee’s maknae exhibits a powerful appearance in all the trailers and this shows why he has dominated the industry for more than a decade. Filled with colors and visuals, watching the entire trailer was like watching a movie.

The most beautiful sequence from the trailer would be the one where Taemin flawlessly moves defying gravity. Taemin’s individual trailers features all the members which has intrigued a lot of fans on the meaning behind them. Consequently, he has also been featured in all the individual trailers of the members.

Member of the world famous group EXO, Baekhyun is the oldest member as well as the leader of SuperM. In the trailer, he wakes up from his dream and sees that he is trapped and stuck somewhere alone. There is a big robot that scans him which suggests that he might be a subject of someone’s evil experiment.

Kai is another member of EXO who is known for his powerful dance performances. The trailer starts off Kai exuding his sexiness with his moves and the entire scene takes a twist of turns with the background music transitioning into a darker tone and with everything burning in the surroundings.

Later, a car falls from the top which reveals that Kai possesses the power of teleportation. Towards the end of the teaser, Taemin is shown and it looks like he is the force who is controlling everything.

Taeyong is a member and leader of the group NCT 127 and is known for his song-writing skills. Taeyong’s trailer has a very grim look to it with various transitions of colors. The trailer starts with the count down in a theater where he is watching a movie.

The scene changes to a chapel where there are two Taeyong’s with one of them pointing their gun towards the other. Then, Taemin is shown briefly where he seems to be thinking something. At the end, the scene unfolds back to the theater again where multiple Taeyong’s are clapping their hands.

Another member of NCT 127, Mark is known for his rapping and he has also received a lot of attention as a participant at High School Rapper. The trailer begins in a setup with minimalist white background and Mark wearing white clothes. Curiously, Mark opens the box he was holding and then suddenly the setting of the room changes.

He then stands on a reflective surface where his reflection is dressed in black. Taemin is shown briefly sitting in a green-lit room with flipped chairs. Mark, who is in black then raps for the remainder of the video.

Lucas is a member of NCT’s sub-group NCT U and China based sub-unit WayV.  Starting with a transition from monochrome to color, the  trailer starts with Lucas coming out of an elevator in a sleek suit. He starts walking around and comes across a mirror room and sees multiple Lucas’ due to the mirror illusion.

Suddenly, the lights go off and his outfit changes to a leopard print jacket. The scene shifts to Taemin turning a knob of a device. Sporting a sophisticated look and smoldering gaze, Lucas has set the excitement high for the fans.

Ten is a Thai singer who is also a member of NCT’s sub-units NCT U and WayV. Ten’s trailer starts with him walking in an area with flowers on the ground. There is large canvas in drapes and on pull them, an empty painting is revealed.

A hand reaches out to Ten and in the next scene, Taemin appears for a brief second. At the end of the video, Ten is standing in front of the actual painting. The video also showcases Ten’s dancing skills where he moves perfectly with the rhythm.

According to SM Entertainment, the group SuperM, comprising of top idols will make their debut in the US next week on October 4 with their first mini-album Jopping. They will also be holding a promotional event on October 5 at the Capital Records tower in Los Angeles which will be streamed live on YouTube.

We need your support! If you have enjoyed our work, consider to support us with a one-time or recurring donation from as low as US$5 to keep our site going! Donate securely below via Stripe, Paypal, Apple Pay or Google Wallet.
FacebookTwitter
SubscribeGoogleWhatsappPinterestDiggRedditStumbleuponVkWeiboPocketTumblrMailMeneameOdnoklassniki
Related ItemsJoppingSuperMSuperM Debut
← Previous Story Stray Kids Unlocks Heart-Racing Teaser For Next Album And World Tour
Next Story → October 2019 Korean Drama Releases: “My Country”, “Extraordinary You”, “The Lies Within” & More