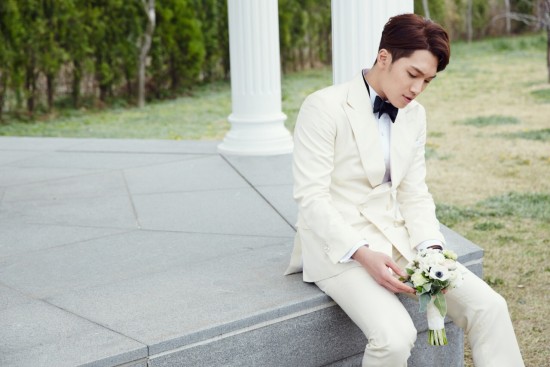 Former runner up of Superstar K6, Kim Feel has released a MV teaser for his new single entitled Marry Me.

In less than 28 seconds, Kim Feel has captured the hearts of his fans as he showcases his powerful and sweet vocals, while serenading Park Soo Jin, who plays his wife-to-be in the music video. The story of the music video is about Park Soo Jin getting ready for her dream wedding with Kim Feel, while the singer prepares to serenade his gorgeous wife-to-be.

The full video will be released on April 21, just in time for the wedding season. For the soon-to-be wed couples out there, this song would be perfect for your wedding.

Hellokpop, as an independent Korean entertainment news website (without influence from any agency or corporation), we need your support! If you have enjoyed our work, consider to support us with a one-time or recurring donation from as low as US$5 to keep our site going! Donate securely below via Stripe, Paypal, Apple Pay or Google Wallet.
38
SHARES
FacebookTwitter
SubscribeGoogleWhatsappPinterestDiggRedditStumbleuponVkWeiboPocketTumblrMailMeneameOdnoklassniki
Related Itemscomebackkim feelMarry Mepark soo jinteaser
← Previous Story 24K Releases Comeback MV for ‘Hey You’
Next Story → GOT7 To Meet Fans in USA