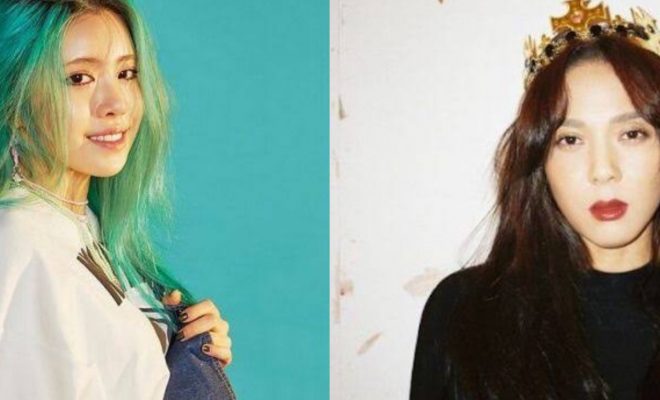 Suran To Collaborate With Yoon Mirae For Next Comeback

Suran is back to make new waves in the music industry, and she is taking things to the next level by collaborating with the best rappers.

Suran is gearing up to make a much anticipated comeback, and she is changing things up by collaborating with rapper Yoon Mirae for a track.

Their collaboration, titled “의식의 흐름 (Flow of Consciousness)”, was a song that both artists have worked on for quite some time. The track is described as a trendy R&B pop and hip-hop song, with Yoon Mirae supplying the rap portions.

Aside from Yoon Mirae, Suran is reportedly collaborating with rapper pH-1 and music producer Philtre on separate tracks for her upcoming mini album. These phenomenal collaborations will be released on March 22.

Suran’s upcoming mini album marks a full comeback after a year and nine months. Her most recent track, “Hide and Seek”, is only a little peek at what the singer has in store for her listeners.

Suran rose to fame because of her unique musicality. She has been featured in tracks by Zico, Dean, and Beenzino.

Suran has, in the past, released songs with BTS’ Suga and MAMAMOO’s Hwasa. The singer has also collaborated with Crush, a track which showcased her dreamy singing.