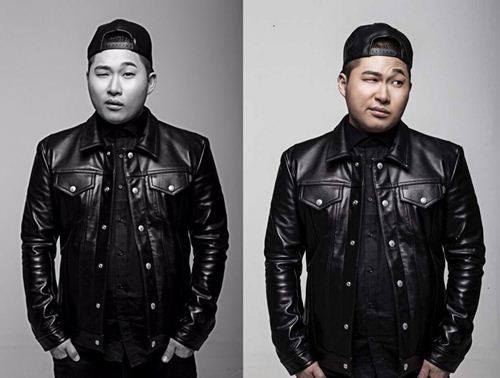 Swings Says “I’ll Come Back” in Heartfelt Letter Before Enlisting

Just Music Entertainment’s CEO Moon Swings will be holding a concert entitled ‘Thank you’s and Sorry’s‘ with a major special guest line-up. The concert will be held on November 23 at 6PM KST at the YES24 MUV Hall. This concert will unfortunately be Swings last solo concert as he will be enlisting into the military shortly after.

The pre-sale of the tickets has started on the site YES24 on November 7 at 7pM KST for 50,000 KRW. Tickets will also be sold at the door for 55,000 KRW, so mark your calendars and set reminders because this concert and its star-studded line up will definitely be a concert you don’t want to miss.

On the same day of the announcement of the concert, Swings posted a letter to his fans onto his entertainments official Facebook page, explaining the situation.

He goes on to explain why he has not posted anything recently, “On 25th November 14:00 KST, I will be entering the Uijeongboo 306 army. Unfortunately my application to KATUSA was unsuccessful. So, I’ll be entering army as an ordinary land army“.

The CEO and rapper had applied to be a soldier for the Korean Augmentation to the United States Army (KATUSA) at the beginning of this month, even though he was exempt from his mandatory military service due to a mental illness. His actions were praised highly by netizens.

He then starts to write informally to create a friendly style of speech for his fans.

“For 7 years I think I’ve ran so well. Whatever year it was I did not take any breaks for work and worked for the growth of Just Music. Thanks to that I paid off all of my mum’s debts. I helped my dad retire from taxi driving. I opened an office for JM family. I also succeeded in long wanted ‘chart all-kill’. And I think I have already done everything I wanted to do. I already knew that I was going around this time of the year so I don’t feel confused or anything. It’s somewhere everyone goes so there can’t be a reason I can’t.

As I said above, I tried not to lose any chances that come to me. I tried my best to live the life in ‘There’s no tomorrow’ style. Just that for 2 years, my friends and family, I am worried that I can’t help them as I used to. I’m not trying to sell emotions but even just now I have tears falling down. I wish no one could experience the worries or the mistakes that I have made. So if you like me, I’m just going to leave you to like them as well. I wasn’t going to write this either because I feel like I’m making a fuss. But I am writing to say good bye just like the others say good bye to their precious people. To everyone who wanted to give me at least 0.0001% of help I’d like to thank you. I will be back after being very brave to protect the country so don’t forget. Thank you and I love you.”

Swings concludes his letter by saying that he’ll end his seven years of hard work with four big events.

On the 21st of November, Swings will tell fans “I’ll come back’ with a digital single release, on the 23rd of November he’ll have his last concert at Hongdae YES24 MUV Hall. On the 25th of November, the same day he’ll enter the army, he will be releasing a book called Power. And last but not least there will be a Just Music compilation album with the title of Linchpins, that will be released at an undisclosed date after he enters the army. 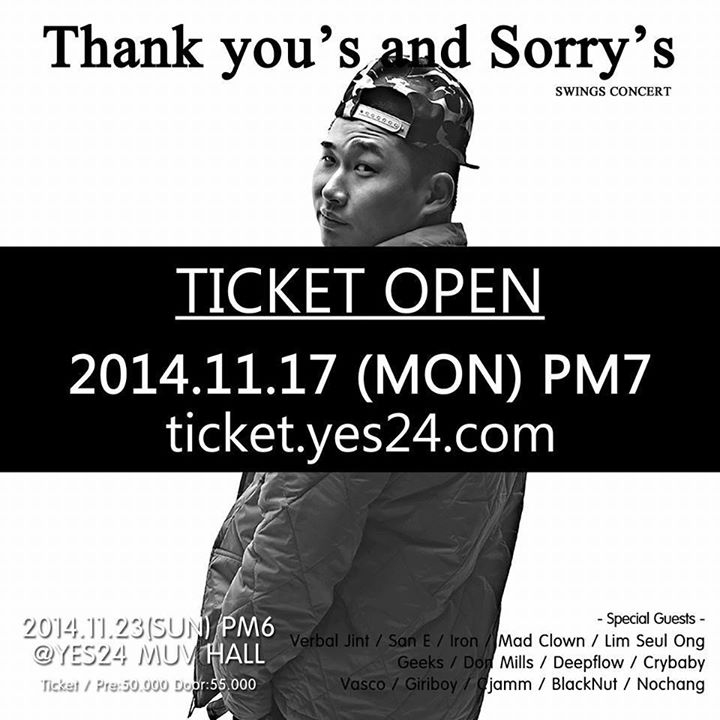