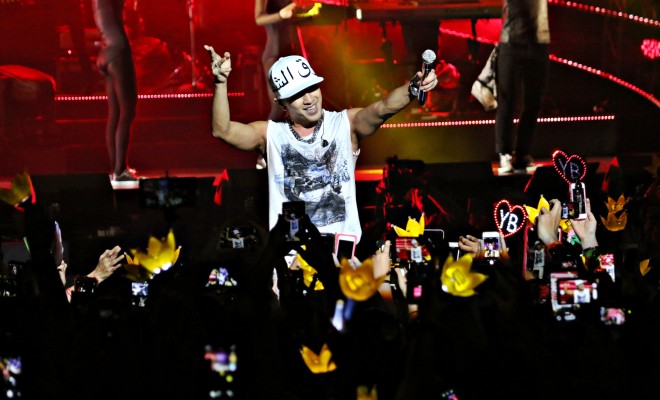 Taeyang Gives His All During His RISE Tour in Malaysia

One of the highly anticipated concerts in Malaysia: Taeyang’s Rise Tour in Malaysia was successfully wrapped up with full house audiences at Stadium Negara on the 7th February, 2015.

Taeyang gave his best to the fans tonight with powerful live vocals and energetic dance skills, making the night of 7th Feb indeed an unforgettable one. Quoting the singer  himself‘: “I will never, and I can’t forget about tonight. Thank you so much Malaysia I love you.’’ 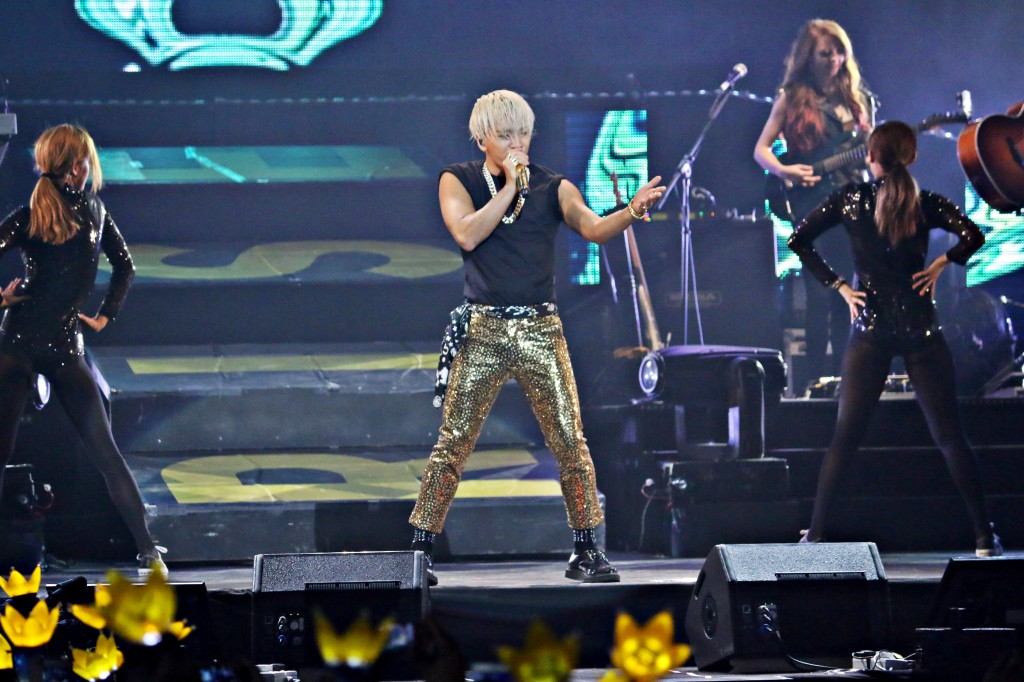 Screaming arose when Taeyang finally made his appearance in black sleeveless top and shiny golden pants. He then began the night with the first song, Body following up with Superstar. Right after the two tracks, he took the chance to express how much he wanted to come to Malaysia and asked the fans if they had missed him in English.

He moved on to the next song Move. Like the tittle, everyone was moving: raising and waving their BIGBANG’s official lightsticks in the air moving along to the up-beat rhythm of Move. The waving of the lightstick got stronger when Taeyang came back on to the stage and played the piano for You’re My.  The tone of the piano and his cheesy lyrics of You’re My were the perfect match: ‘‘You’re my candy/a lollipop candy/ I really wanna kiss you/I really wanna love you, yeah.” 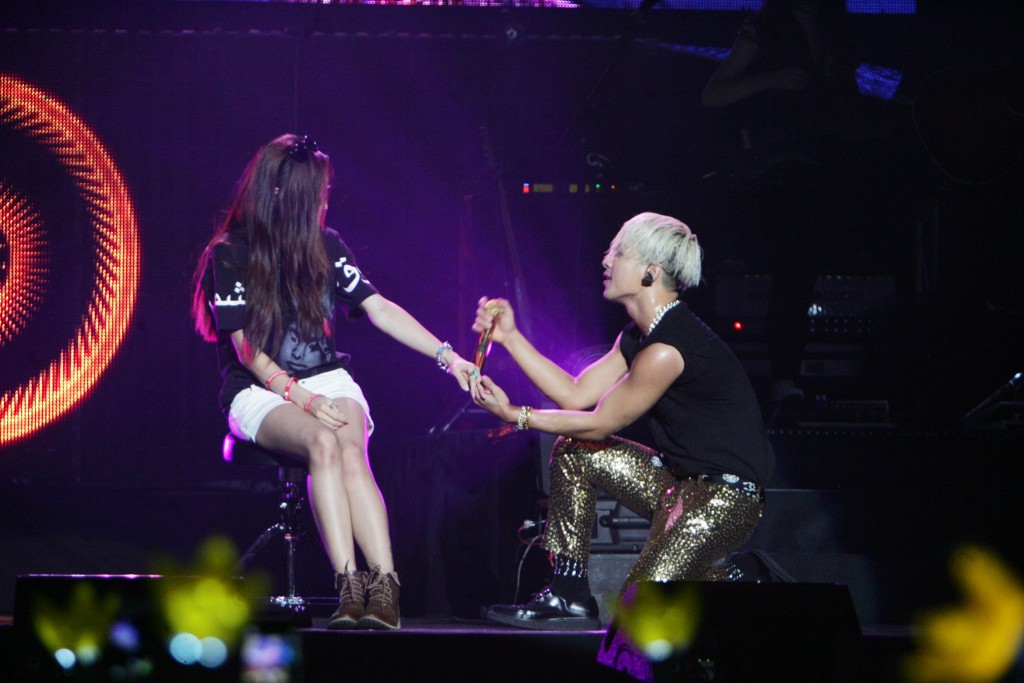 Without a hint of letting the cheesy and sweet moment stop, he continued with another one of his hit songs, I Need A Girl. In the middle of the song, Taeyang stopped to say that he was inviting a fan on stage with him. He actually needed a girl. Taeyang told the the girl he would be her boyfriend that night and both started dancing a little together and ran backstage. At that very moment, everyone wanted to be that lucky girl.

After that, he took the stage again with another three songs: Eyes, Nose, Lips, Only Look At Me and Wedding Dress. As fans started chanting ‘ Taeyang, Taeyang, Taeyang’, the sweet guy replied: “Thank you so much, I like Malaysia”. Taeyang has endless gratitude and appreciation towards the fans in Malaysia, and he said “I feel so amazing today. Malaysia, I am so happy to be here, because I have prepared for a long time for this tour. Getting to this tour has been a long time. It took me four years to make my album Rise.” 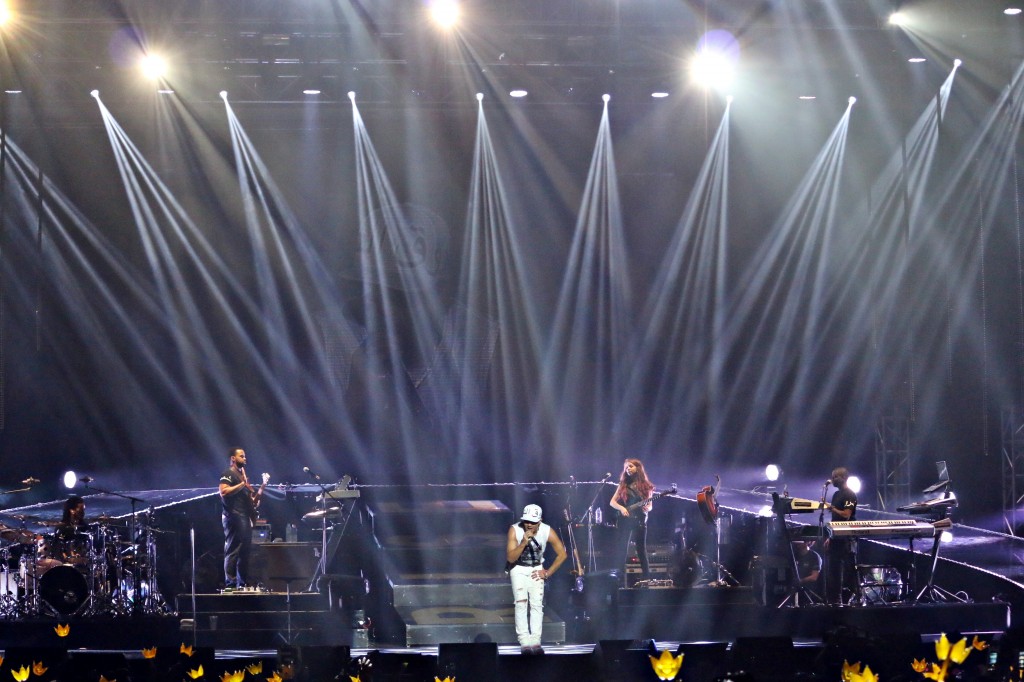 To ‘rise’ up the atmosphere, he continued with This Ain’t It, Ringa Linga, 1AM, Breakdown and Stay With Me. He asked the fans if they liked the latter, which he made with G-Dragon, and what they thought about Good Boy. With G-Dragon’s name and Good Boy being brought up, of course  GD x TAEYANG’s Good Boy couldn’t be absent from the show.

In between the song breaks, Taeyang would never fail to express his love towards Malaysia and talk about how the fans have been showing him amazing love. “I will never, and I can’t forget about tonight. Thank you so much Malaysia I love you,’’ he said and he also asked, ‘Malaysia do you love me?’ The absolute answer would undoubtedly be a ‘YES’ from everyone. To slow down the pace of the night, besides just coming to Malaysia to meet and perform for the fans, he had prepared two gifts for two super lucky fans: autographed sneakers and a hat which he wore that night. 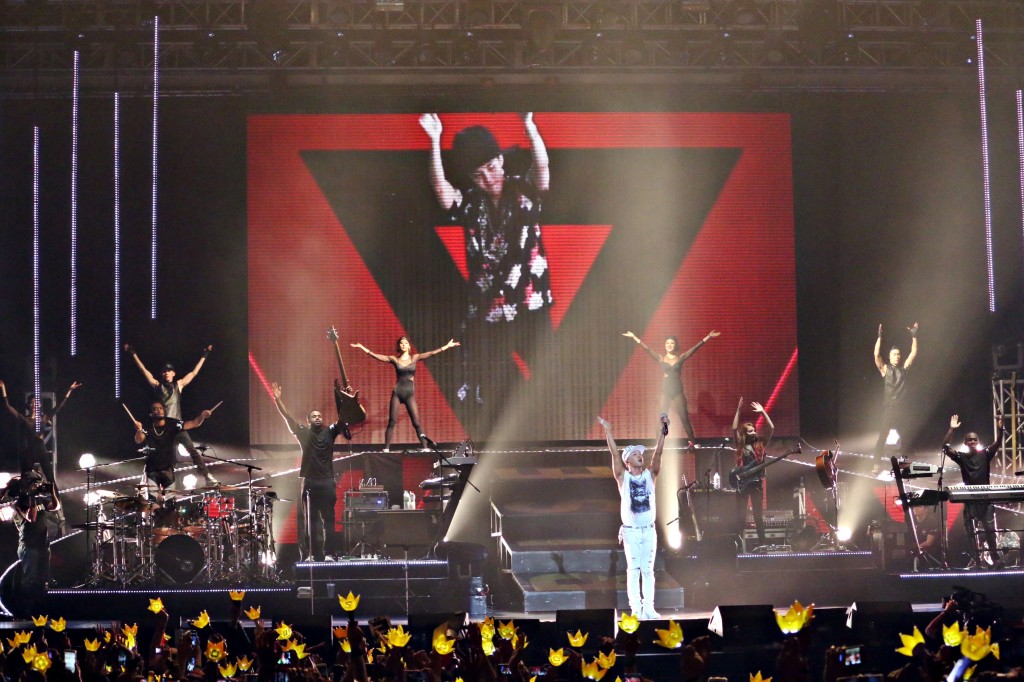 He heated up the atmosphere again with Let Go, Love You To Death, Bad Boy and Fantastic Baby. He introduced his band mates one by one, as well as his dancers for the night. Taeyang was moved to the side holding hands while bowing down with the dancers, then he ran up to the LED screen and tried his best to fit himself behind the screen. From there, he asked the fans if they wanted more, and as they answered affirmatively, he climbed out again for Body. 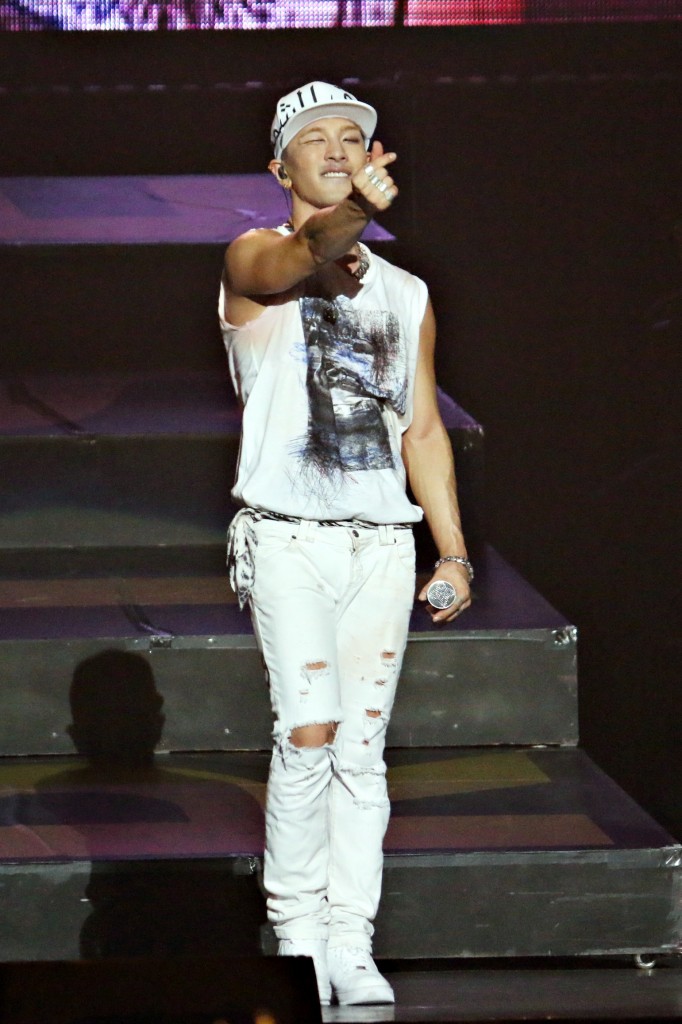 He performed his last song of the night, the music-chart winning hit Eyes, Nose, Lips again as an encore. You should have heard the fans’ synchronized singing voices to this piece of beautiful music that Taeyang made, and should’ve seen the smile on his face. At that moment, I thought that this could possibly be the best and heart-warming idol-fan interaction I’d ever enjoyed.

We thank IME Productions for the media invitation. 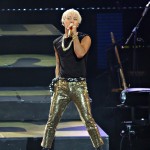 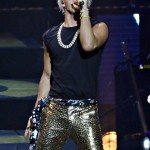 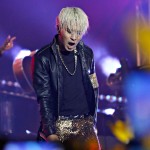 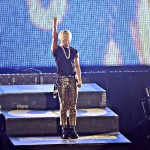 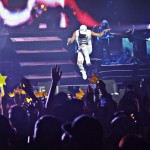 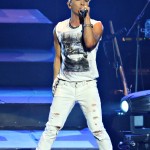 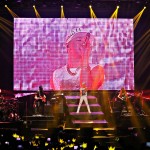 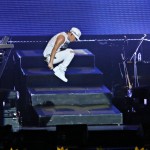 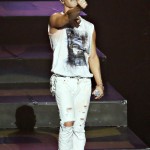 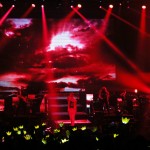 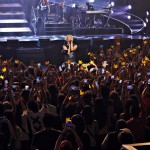 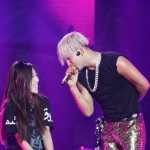 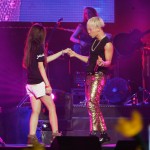 Follow us on @hellokpopLIVE for more event live updates and photos.