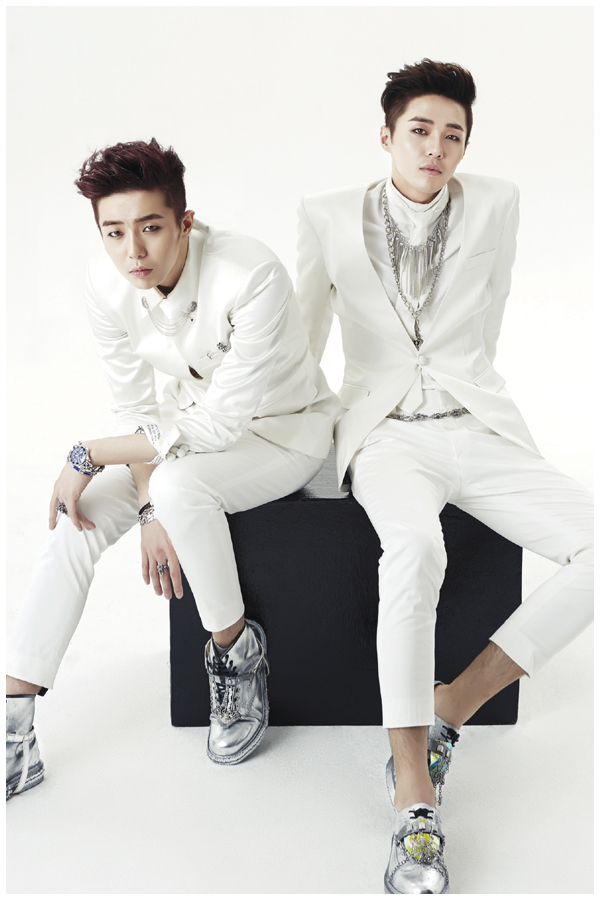 After almost a year since its debut, the duo from Woollim Entertainment is back. This time around, the members have a bit of a different look and sound. The song still has their original sound but has a little bit of old school swing. In the video, Infinite H members Hoya and Dongwoo, who also wrote the lyrics for this song, made a special appearance. Other songs on their mini album Spectacular include Spectacular, Addiction, and 2NITE. What do you think of TASTY’s comeback?

Hellokpop, as an independent Korean entertainment news website (without influence from any agency or corporation), we need your support! If you have enjoyed our work, consider to support us with a one-time or recurring donation from as low as US$5 to keep our site going! Donate securely below via Stripe, Paypal, Apple Pay or Google Wallet.
FacebookTwitter
SubscribeGoogleWhatsappPinterestDiggRedditStumbleuponVkWeiboPocketTumblrMailMeneameOdnoklassniki
Related ItemscomebackDongwooHoyaINFINITE HMAMAMAmusic videoSpectacularTastyWoollim Entertainment
← Previous Story 2NE1 unveils ‘Do You Love Me’ MV
Next Story → KARA chooses masculine concept for its comeback