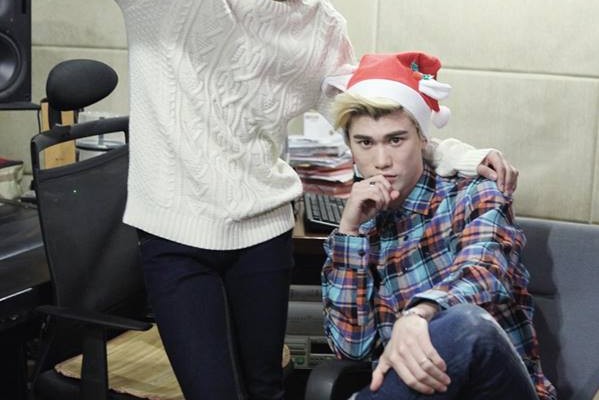 Nega Network has just announced Teo’s withdrawal from the popular trio band, Lunafly. Last November, his agency stated that Teo would not be promoting with the group for the time being due to personal reason.

Hello this is Nega Network. Many people have been curious of Teo’s situation, and we now announce that he will no longer be active as a member of Lunafly. Teo, Lunafly and the entire staff have discussed together and decided that it would be best for Teo and Lunafly’s future, and therefore made this difficult decision. From now on, he will live on as Shin Taeho, not as Teo of Lunafly. We wish him the best and send lots of support, and we bow down deeply to the fans who have shown unchanging love for Lunafly. Thank you.

Lunafly will continue as a two-member group with Sam and Yun, and scheduled to embark on their Latin America tour in April.

We hope the best for Taeho and Lunafly!

Hellokpop, as an independent Korean entertainment news website (without influence from any agency or corporation), we need your support! If you have enjoyed our work, consider to support us with a one-time or recurring donation from as low as US$5 to keep our site going! Donate securely below via Stripe, Paypal, Apple Pay or Google Wallet.
200
SHARES
FacebookTwitter
SubscribeGoogleWhatsappPinterestDiggRedditStumbleuponVkWeiboPocketTumblrMailMeneameOdnoklassniki
Related Itemslistlunafly teonega networkquizteo withdrawal
← Previous Story CNBLUE’s Yonghwa Tops Billboard’s World Album Chart
Next Story → 2NE1’s Minzy Spotted In Dance Class in the US