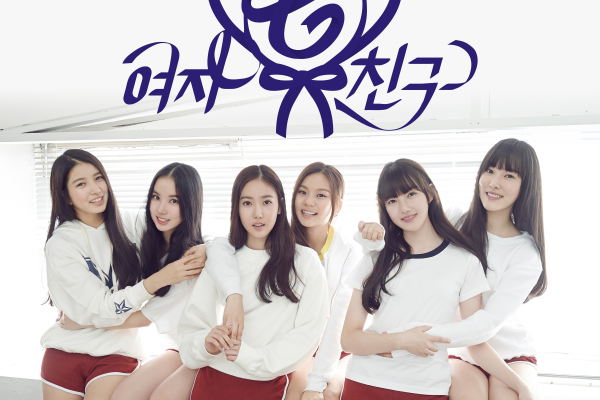 Most of SS501’s discography is filled with edgy, passionate, serious dance tracks. “Love Ya” was one of those all right, but from a point in time when the five members could bring a little experienced weight to the composition. The orchestra backing and softly sung chorus made for heavy atmosphere, and given that, “Love Ya” was a sleekly produced and pleasantly dramatic tune that knew to end before things got over the top. 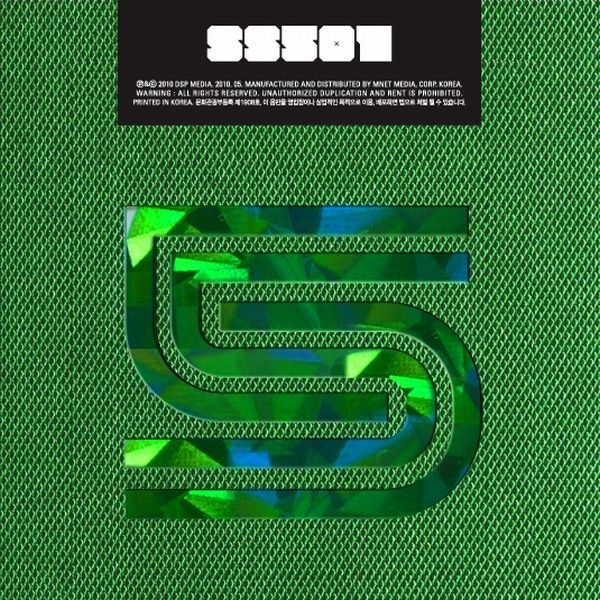 It’s true that Produce 101 changed the trajectory of Nu’est’s career, but musically the group’s most monumental shift occurred with “Overcome”. It was Bumzu’s first real project with Nu’est (though he had written “Good Bye Bye”), and he produced a daring tune dripping with charisma and lavishly outfitted with the intricate future bass soundset that would define Pledis music for the next half-decade. The group gained a compelling musical identity, and the members were finally in their element. 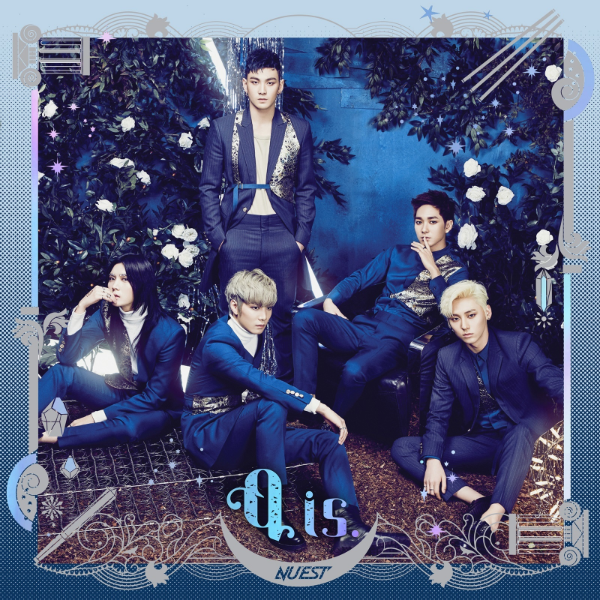 Seventeen’s performance team has been a huge part of the group’s success, and deserved the time in the limelight from “Highlight”, the team’s labor of love. From sparkling intro to explosive chorus/dance break, the production maintained a heady and thrilling atmosphere. The clever lyrics painted SVT’s appreciation for the fans in gorgeous symbolism, making “Highlight” one of the few genuinely outstanding fan tributes out there (and one of just two clearly stated fan songs on this list). The 13-member version, with a slightly different structure, is well worth a listen too. 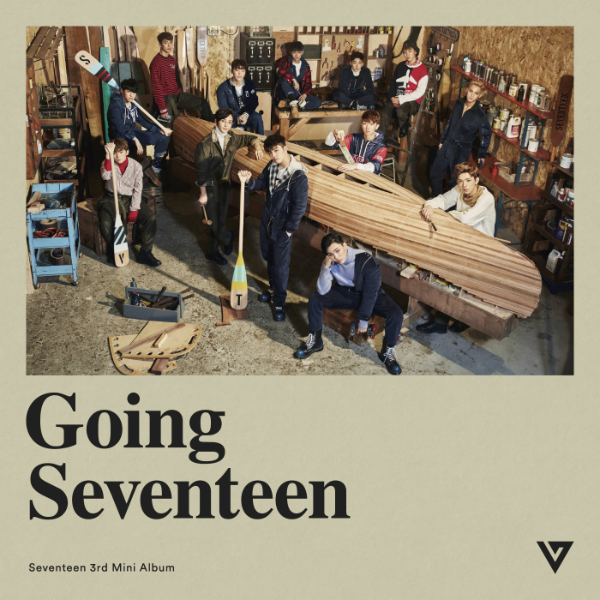 Kard carries an important legacy as the country’s only active mixed-gender idol group (and the first since Sunny Hill’s restructuring in 2012). Debut single “Oh NaNa” had the critical task of showing the skeptics that this lost art form could work in the 2010s, and performed admirably: the members’ complementary tones, convincing assimilation of the rap parts, and the “oh-na-na-na” chorus pulling everyone together all brought upon a sigh of relief. The song also immediately established Kard’s niche in minor-leaning tropical pop. Can you ask for more? 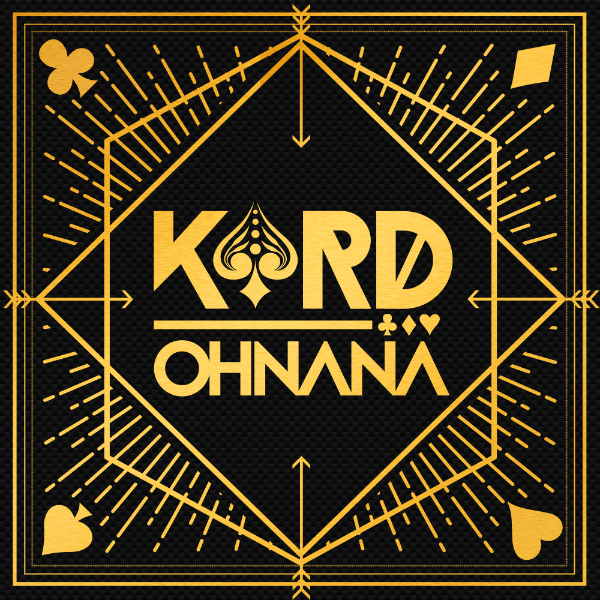 “Perfection” looked and sounded like a descendant of TVXQ‘s “Mirotic”, and indeed the two songs shared composers in Troelsen. There was a little less focus on vocals, with the kinetic synths picking up the slack instead, but that palpable tension didn’t go anywhere. Dry, robotic chorus melody and interesting diction (“opus”, “projectile”) for what was ultimately a song of seduction further set “Perfection” apart. 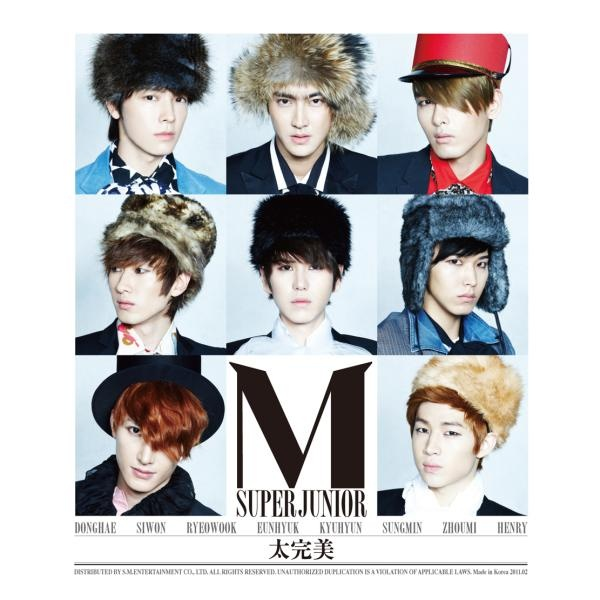 Fin.K.L.’s final album focused on maturation, and so a ballad was picked to be the title track. With Ok Joo-hyun leading, the four members elegantly performed this easy-listening number that borrowed noticeably from Brown Eyes-style R&B pop. A soft melody and thoughtful arrangement later, we had the definitive Fin.K.L. ballad in “Forever”. “Stylish” had a playful approach to love and the attitude of bubblegum pop, delivered over a cascade of stutter synths and Loona’s lush vocalizations. The little punchlines added to the youthful charms, as Vivi and Go Won combined for a memorably airy chorus. It was timeless concept meeting the cutting edge. 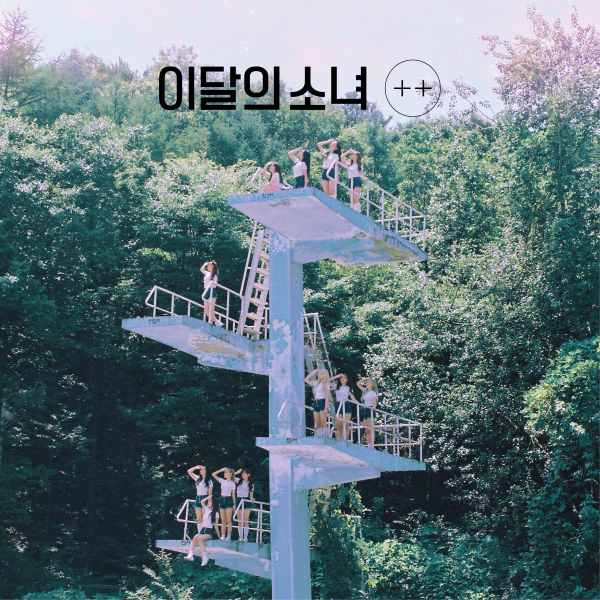 “Russian Roulette” is a good reminder of just how striking Spica’s early-career singles were. In this nigh-theatrical tragedy, nothing was half-baked. A sweeping and weeping orchestra and thick guitars made for some of the most dense instrumentation you’ll ever hear in the genre, and Spica poured out their range and power into a desperate performance. The melody was just “old” enough to summon nostalgia for a time when this kind of song was popular – when you could imagine Gummy or SeeYa singing it instead – and the writing, while fully aware of its own melodrama, created plenty of intrigue out of the theme. (Why does the “gun” fire only five times?) 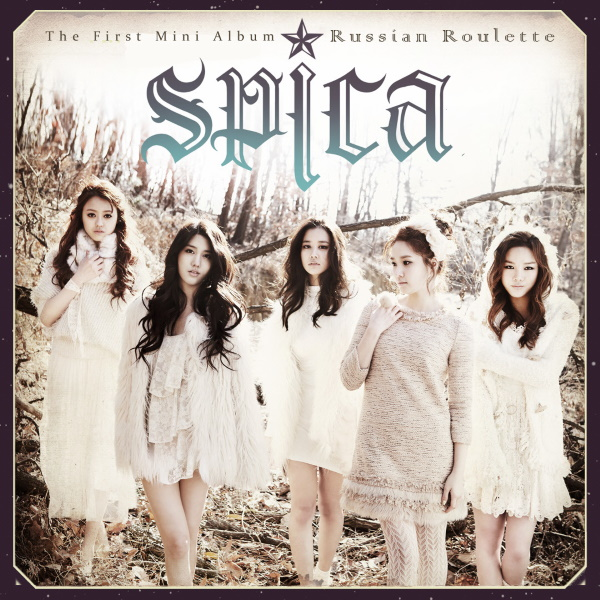 There was a visceral satisfaction in the way “Badman” came together, thumping snare meshing with expansive chord, chaotic interludes resolving into determined melody. In unbridled and vigilante ferocity, B.A.P declared war on injustice (the “badman” is the narrator, not other people) and carried on a boy-group tradition that had all but died out by 2013. 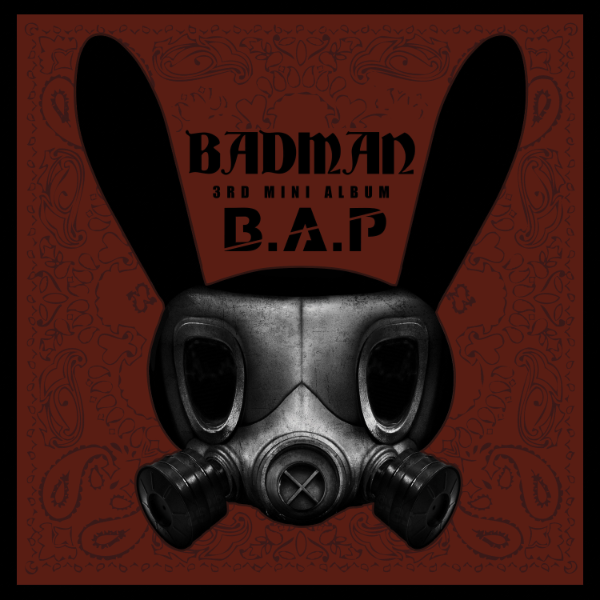 For my money, TTS’s best work was a side track on their second (and so far final) album. Reassuring piano and drums were joined by a bright starlit melody, with tinges of nostalgia in the prechorus and infectious joy in the lyrics. It only got better from there, with Taeyeon belting to a powerful breakdown in the bridge and the modulated chorus rocketing to heady conclusion. 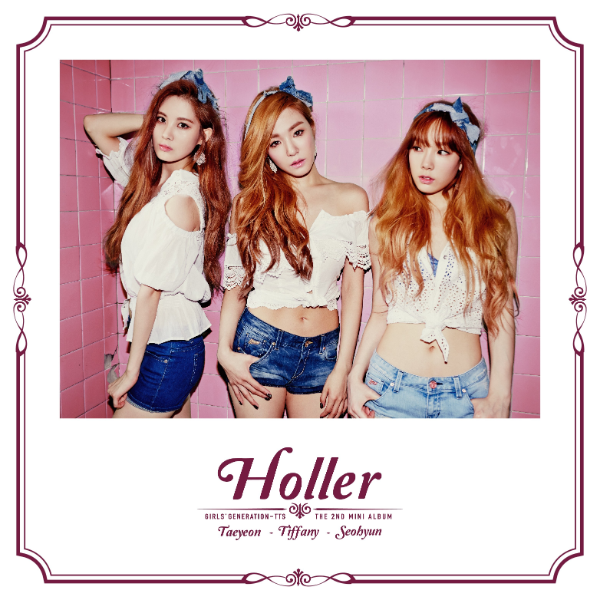 It was an unlucky career for one of K-pop’s most multi-talented girl groups, but they weren’t without their moments. A nocturnal mood created by the simmering beat and muted strings turned out to be a great backdrop for The Grace’s rich vocals. Listening to Lina completely take over the song through her belting, roaring performance remains as satisfying as it did 14 years ago. 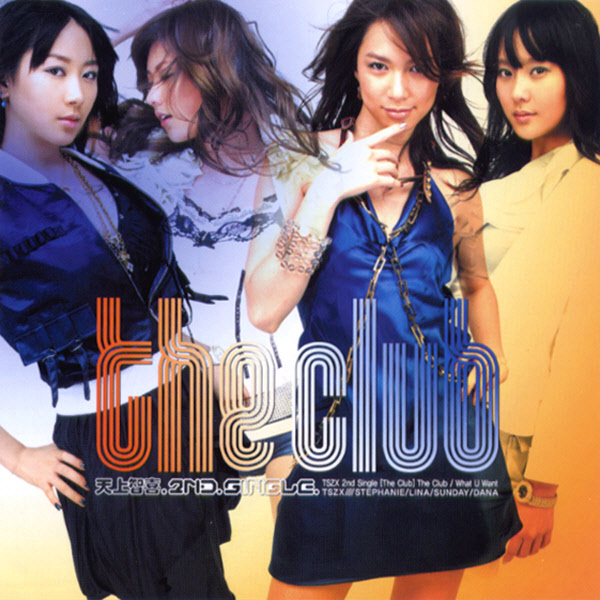 Put the catchy chorus out front, then all but discard the verse so that you can get back to the chorus as quickly as possible. Brave Brothers did this very naturally, and “Last Farewell” may be his best early work. Big Bang members cooperated, with T.O.P’s charismatic performance even bringing a bit of those verses back to life. 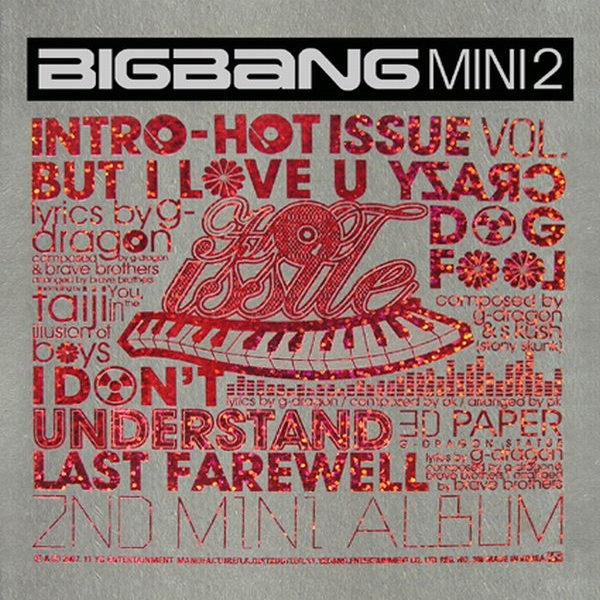 I.O.I’s production brain trust got a lot of flak during the promotion era for making unimaginative music (not undeserved), but “Very Very Very” has actually aged well. The chiptune instrumentation was punchy and more intricate than it first appeared; and though the composition masked the members’ diversity somewhat, the choruses were remarkably memorable, especially in the back half with Sejeong and Chungha’s breathy deliveries. (And there were some inspired decisions too, like Yoojung having a prominent vocal role in the prechorus.)

For all its severe faults the Produce 101 series did bring together immense concentrations of talent, and with every new achievement by one of its alumni, “Very Very Very” becomes that much more interesting to return to, a rediscovery of all that potential. 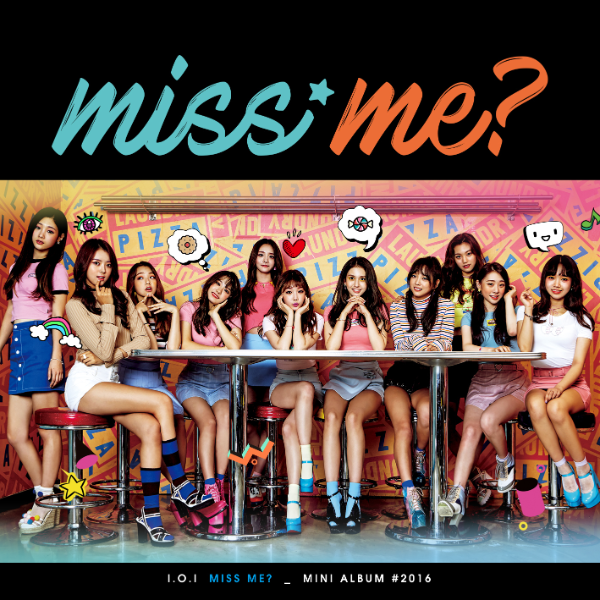 “Up & Down”‘s sound was special from the get-go, with a spunky a capella pulsing on the downbeat – its notes sonically representing the up and the down – and the track took on delightfully unpredictable turns from there. At times it sounded just as abrasively mechanical as “Lucifer”, while at others it entered a hypnotic trance of aggressively autotuned harmonies. Some of the best of SM’s experimental spirit during the SHINee-F(x) generation. 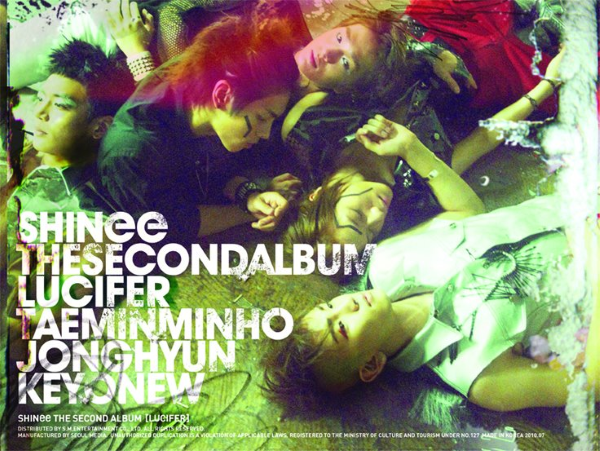 Fairy tales and fantasies have been an enduring font of inspiration for WJSN, and Starship tapped that pool more overtly with Neverland‘s Tinker Bell story. Title track “Butterfly” was a persuasive take on maturation, singing frankly about what it looks like to grow up and be free-if-not-dazzling (to loosely paraphrase). The fluttering synth backing was as magical as always for this group, and the uplifting chorus – with that open pronunciation on the “I’m free” by Yeoreum and Seola – expressed that liberty with all heart. 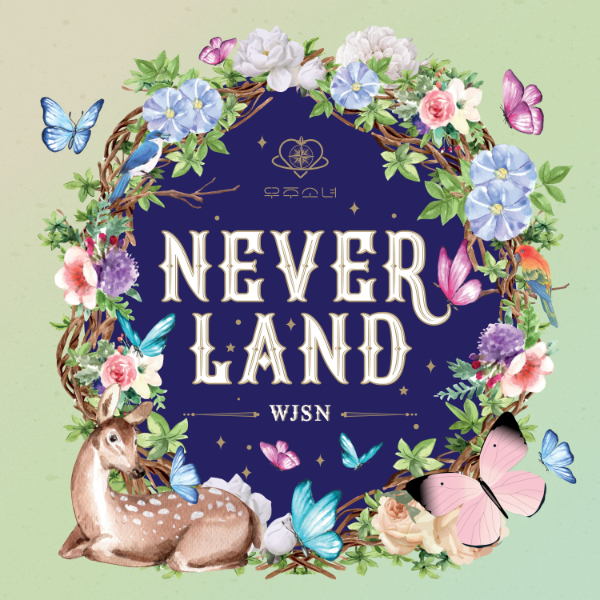 Our first meeting with 2NE1 was heavy in hip-hop, to the point where essentially all the verses were more rapped than sung. And that looked like a good, label-appropriate niche for this group to live in. Teddy’s minimalist beat and repeated syllables ruled the day (some things never change), and these women were fiercer and more aggressive than anyone else around in 2009. 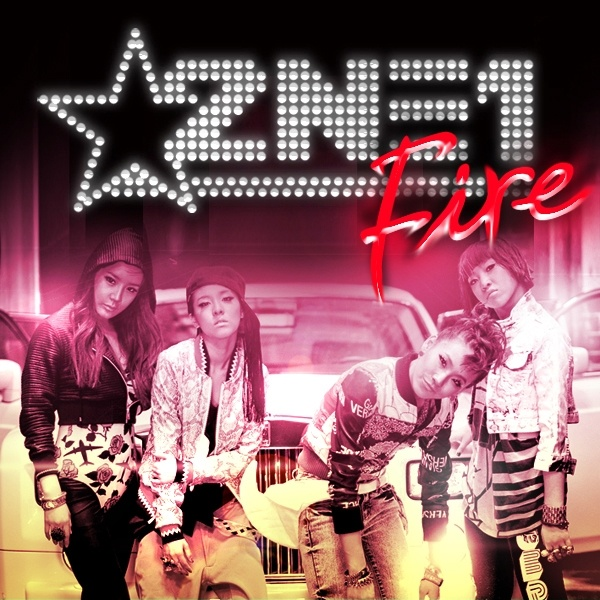 The overtly sassy presentation – “Being pretty is my mistake, yes yes my mistake, being born so desirable was the mistake” – already piqued interest, but the fact that “Oh! My Mistake” also harbored a more traditional confessional message made for a really unique flavor. That was accentuated by a coy arrangement (with the positively sparkling synths) and elegant performances. Both sonically and lyrically, “Oh! My Mistake” now seems like it was a crucial stepping stone in an evolution that would bear dazzling fruit for April two years later. 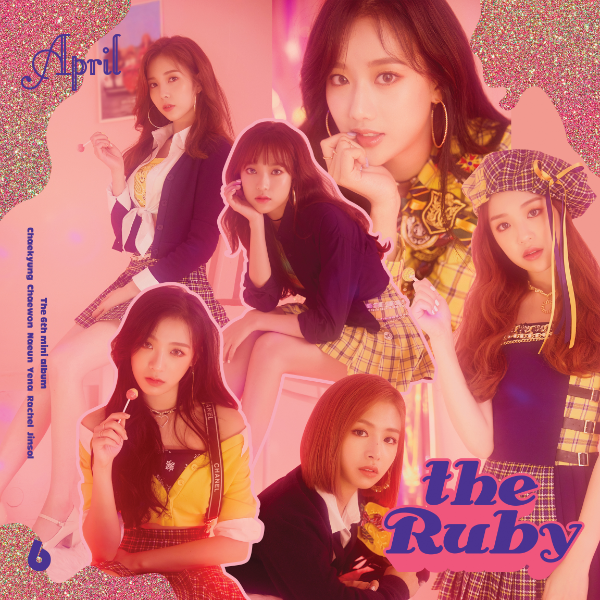 At time of writing, Love is the best-selling Korean girl group album in history (though Blackpink’s The Album seems certain to overtake its 760,000 copies by the time you read this), so S.E.S. must have been doing something right. “Twilight Zone”, the album’s second single, sums up their achievement the best. Yoo Young-jin’s quiet confidence showed in the sleek medium-tempo production and touches like that phone keypad. An experimental spirit that would later lead to “Be Natural” lived in the unorthodox structure and particularly the broken-sounding bridge. S.E.S. bought in and delivered a breathless performance. 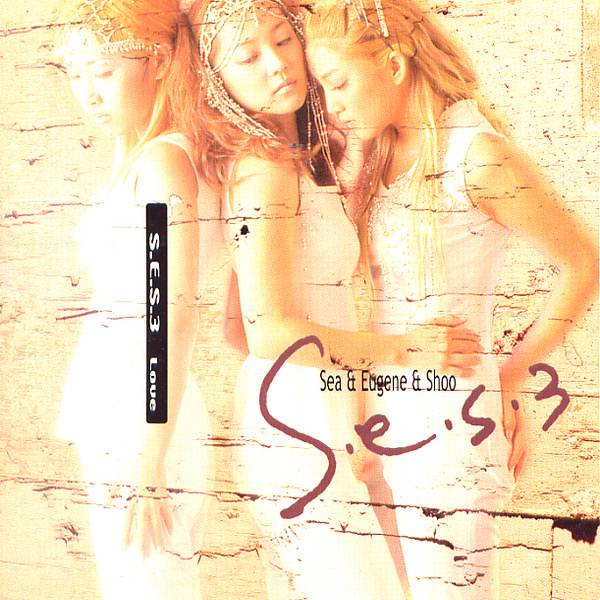 A temporarily Minhyun-less Nu’est forged on ahead as a sub-unit, continuing the trajectory of dramatic and razor-sharp dance tunes. Some push-and-pull pacing culminated in the screaming guitar-synth riffs, propagating throughout the chorus; it could have sounded too shrill, but then Baekho completely stole the show with stratospheric high notes that justified it. That’s one way to bring the instrumentation under control. 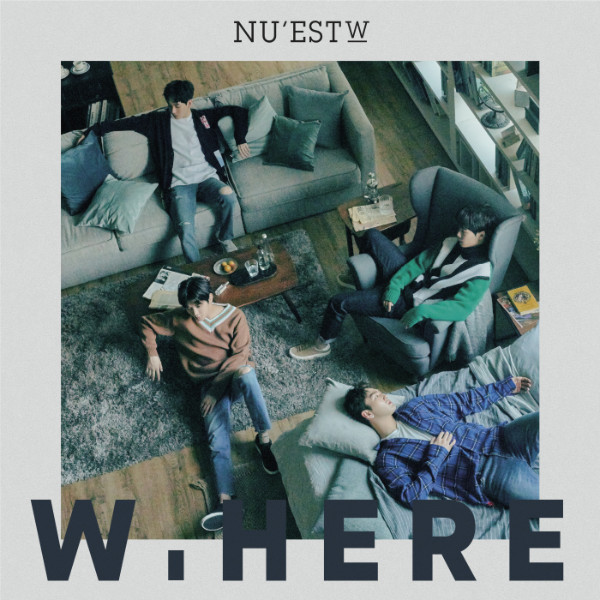 Back from the days when people promoted three or more songs per album, “Crazy” was Shinhwa’s third single from Brand New which helped ground that album’s sound between the extremes of “Angel” and “Brand New”. A ponderous pop-ballad driven by a cynical string beat, the song featured a carrying performance by Shin Hye-sung as well as dryly forlorn rap verses, all en route to a thrilling finish akin to the fever it sang of. 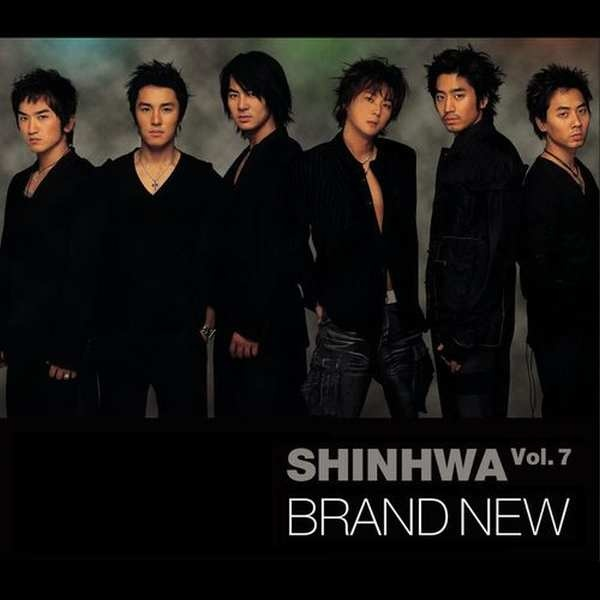 That rapid-fire chorus was a nice fad for a while. Kim Hyung-suk made great use of it alongside double backing in the frenetic “Game Over”, crafting a catchy and instantly memorable hook. Alongside the pulsing and beeping arrangement, the vocal track took us on a roller-coaster ride from clinical detachment to passionate release. Boyish Story unfortunately didn’t sell too well, but musically Baby V.O.X was still at their prime in that era. 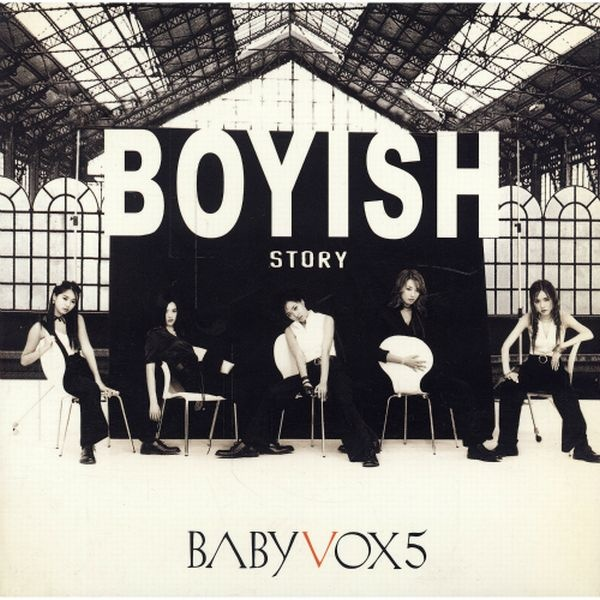 For all the flash and pizzazz, YG artists uniformly seem to know how to navigate the low-key tunes as well. The accessible melody of “Empty”, accompanied by earthy textures like acoustic guitar and organ, made for a great singalong tune. Winner infused the composition with forlorn rapping and soaring croons, solidifying a group color from the get-go. 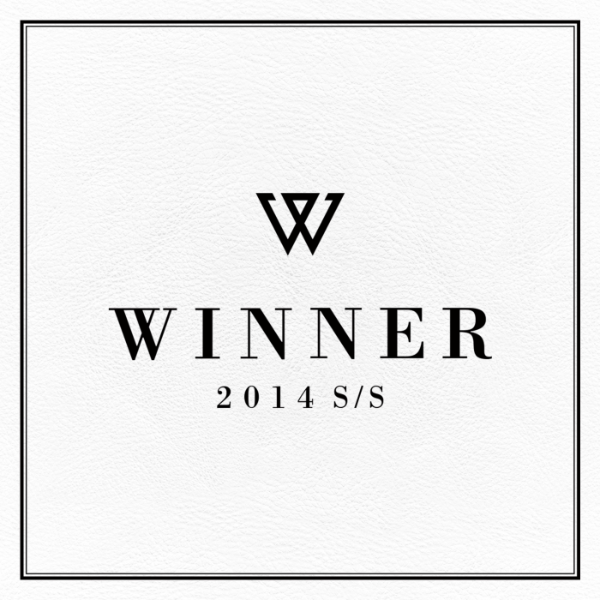 The Boys had an embarrassment of riches among the side tracks. But even compared to the excellence of “Telepathy” and “Oscar”, “Trick” was just deeply satisfying in a different way. (There’s just one side track that I think was better, coming up later.) The monstrously low synths fed into a memorably rhythmic prechorus, which opened up into an old-school kind of hard-driving chorus. The prechorus melody then came back into this trance, setting off an intricate cascade, and one wished the moment would never end. 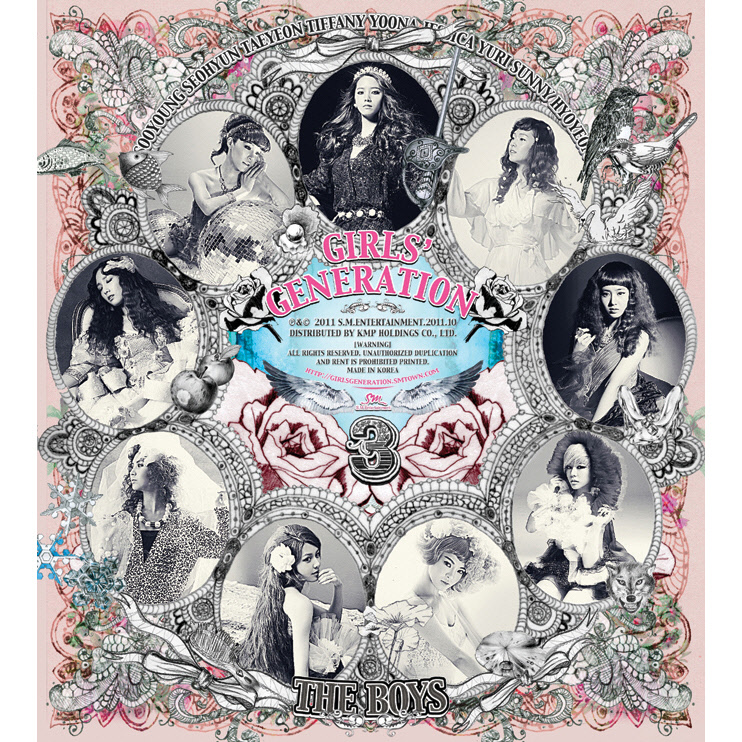 Red Velvet’s albums put significant emphasis on vocally oriented tracks from very early on, and that groundwork was paying major dividends by Perfect Velvet. A fatalistic atmosphere befitting the title, intricate harmonies, and gorgeous writing – the lover as a “light that blinded me with no gaps” – set “Kingdom Come” apart, and the members handled the track with experienced verve. 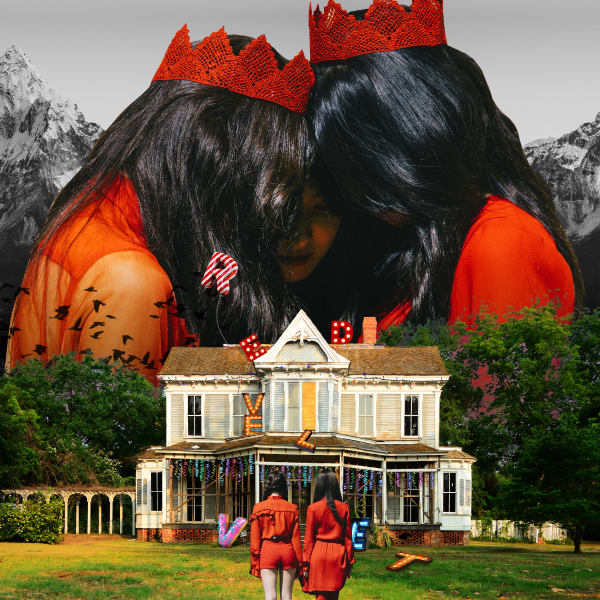 GFriend was the rare group that had a predetermined and (importantly) fleshed-out musical direction at debut. Drawing separately from the intrepid vitality of groups like Girls’ Generation and the immaculate sweetness perfected by a long lineage of groups before them, Iggy & Yongbae and GFriend crafted a compelling mixture of sentiment and strength in “Glass Bead”. The defiant chords and disciplined rhythm meshed beautifully with the tender melody, and the seeds of “power innocence” – perhaps the most meaningful subgenre to be created purely within K-pop this decade – were planted just like that. 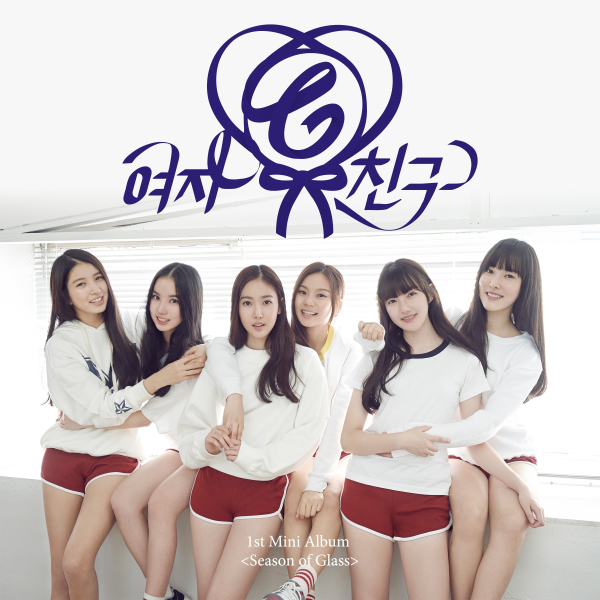 See the next 25 songs: link