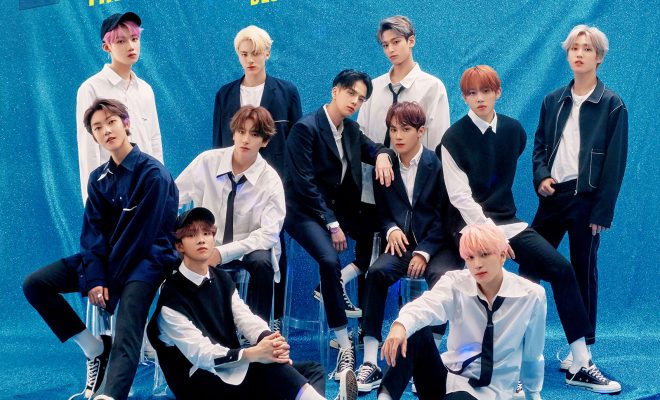 The Boyz Heads To London For A Year-End Fansign Event

London DEOBIs, The Boyz are going to meet you in December with a show and fan sign event!

K-Pop rising stars The Boyz are headed to London for their first European tour this December entitled 2019 THE BOYZ EUROPE TOUR DREAMLIKE. 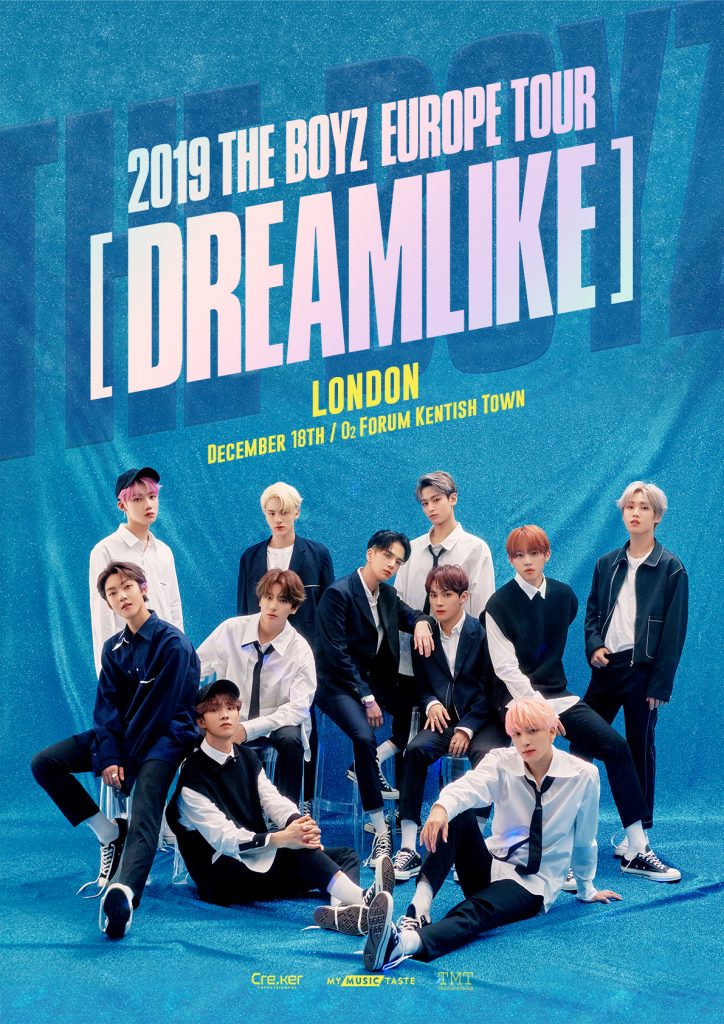 READ: The Boyz To Weave “DREAMLIKE” Shows To Europe In December

It was the overwhelming requests from DEOBIs (The Boyz’ fandom name) from this side of the world that made the event a reality. Through MyMusicTaste, an online platform where fans can request their favorite artists to their city, it is finally happening!

Get yourselves ready because this tour will show the true capacity of The Boyz as performers.

There will be amazing stages that will highlight the real talent of Sangyeon, Jacob, Younghoon, Hyunjae, Juyeon, Kevin, New, Q, Juhaknyeon, Sunwoo, and Eric.

Aside from the Dreamlike show series, The Boyz will also stage a fan sign event in London.

London is the only city selected for a fan signing event to give fans the opportunity to meet the group up close!

Chance to enter the fansign draw is open til November 25th at 14:59PM (GMT) through the MyMusicTaste website: mmt.fans/IOgW/. 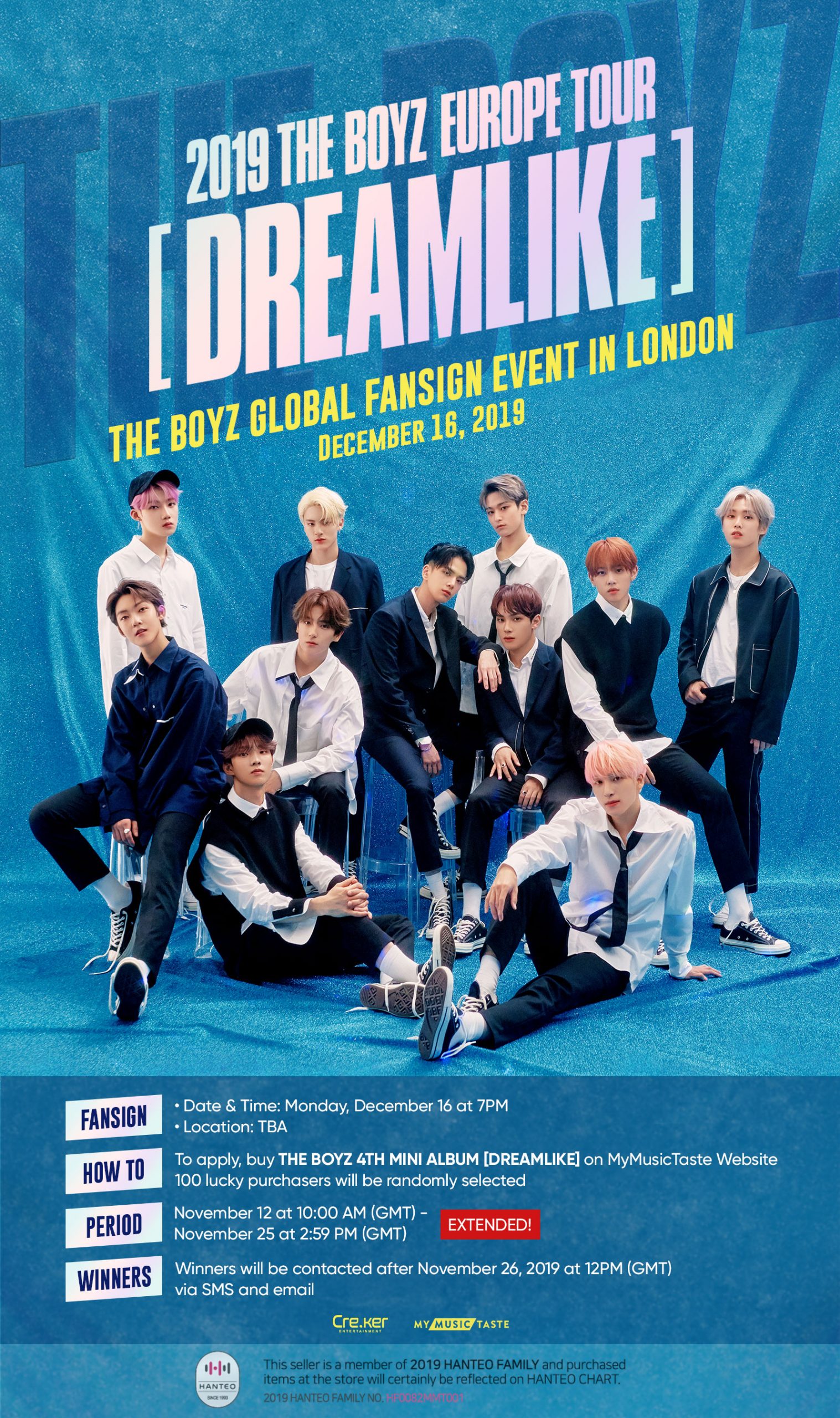 Visit mymusictaste.com (https://mmt.fans/8myU/) for more information on tour and ticketing process. Other information are also available on their social media accounts.

2019 THE BOYZ EUROPE TOUR <DREAMLIKE> will take over Berlin Germany on December 11 and head to Paris, France a few days after on December 15.

The next stop will be in London, United Kingdom at O2 Forum Kentish Town on December 18. They will end the European leg in Amsterdam, The Netherlands on December 20.

The Boyz Taking Over the World

Two years since their debut, The Boyz already gained attention globally because of their vibrant style. They rose to fame for their hits “Giddy Up”, “Right Here”, “D.D.D” and “Bloom”.

Their recent notable international appearances are KCON 2019 in New York and their stint in FOX5’s Good Day, New York where they performed and did an interview.

Hellokpop, as an independent Korean entertainment news website (without influence from any agency or corporation), we need your support! If you have enjoyed our work, consider to support us with a one-time or recurring donation from as low as US$5 to keep our site going! Donate securely below via Stripe, Paypal, Apple Pay or Google Wallet.
FacebookTwitter
SubscribeGoogleWhatsappPinterestDiggRedditStumbleuponVkWeiboPocketTumblrMailMeneameOdnoklassniki
Related ItemsThe BoyzTHE BOYZ DREAMLIKE EuropeThe Boyz in London 2019
← Previous Story “Parasite” Wins Big In The 40th Blue Dragon Film Awards + List of Winners
Next Story → K-Pop Comeback Spotlight: ASTRO – Sixth Mini-Album “Blue Flame”