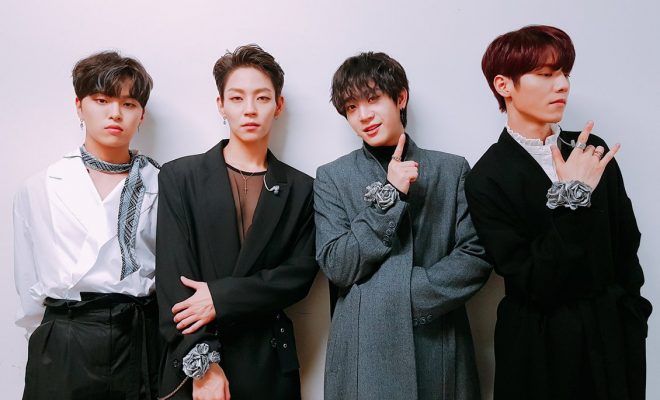 The Rose Comes Back With 2nd Mini Album “Dawn”

The Rose recently came back and the album is pouring with innate talent and raw emotions.

The Rose is back and they’re crying that “she’s in the rain”. Jae Hyeong, Do Joon, Ha Joon, and Woo Sung deliver affecting sentiments with its latest track release “She’s In The Rain” for second EP – Dawn.

The video shows the band members playing their instruments in emotional mood and rainy backdrop. The rugged setting coupled with camera movements capturing the intensity of the song make the viewers succumb to feel the group’s emotions.

The bridge part of the song was decorated with English lyrics to give back to the strong global following received by The Rose. This new addition to their discography is proving that The Rose is one of the most iconic, rising band in this generation.

Dawn also comes with three other tracks aside from the title track: “I Don’t Know You”, “Take Me Down”, and “불면증” (literal translation – Insomnia). The album also includes an instrumental track of “She’s In The Rain”.

Read Also: MONSTA X Asks “Are You There?” In Teaser For Its Anticipated Comeback

The Rose gained mainstream popularity when they debuted with their first single, “Sorry”, on August 3, 2017, earning them praises from Rolling Stone India and Billboard. Consequently, Billboard named “Sorry” as one of the best Korean pop songs of 2017 and the band as one of the top 5 Korean breakout artists to watch in 2018.

We’re playing “She’s In The Rain” on repeat, how about you? Let us know! Tag @hellokpop in all your tweets.