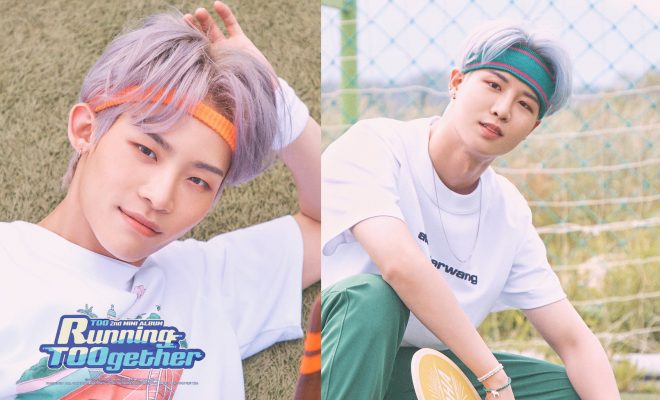 TOO delivers a top score track list and more summer inspired images for the awaited comeback.

Boy group Too unveiled two more members’ photos for Running TOOgether. In addition, the boys took a one-day break from the pictures to reveal the track list for the mini album. 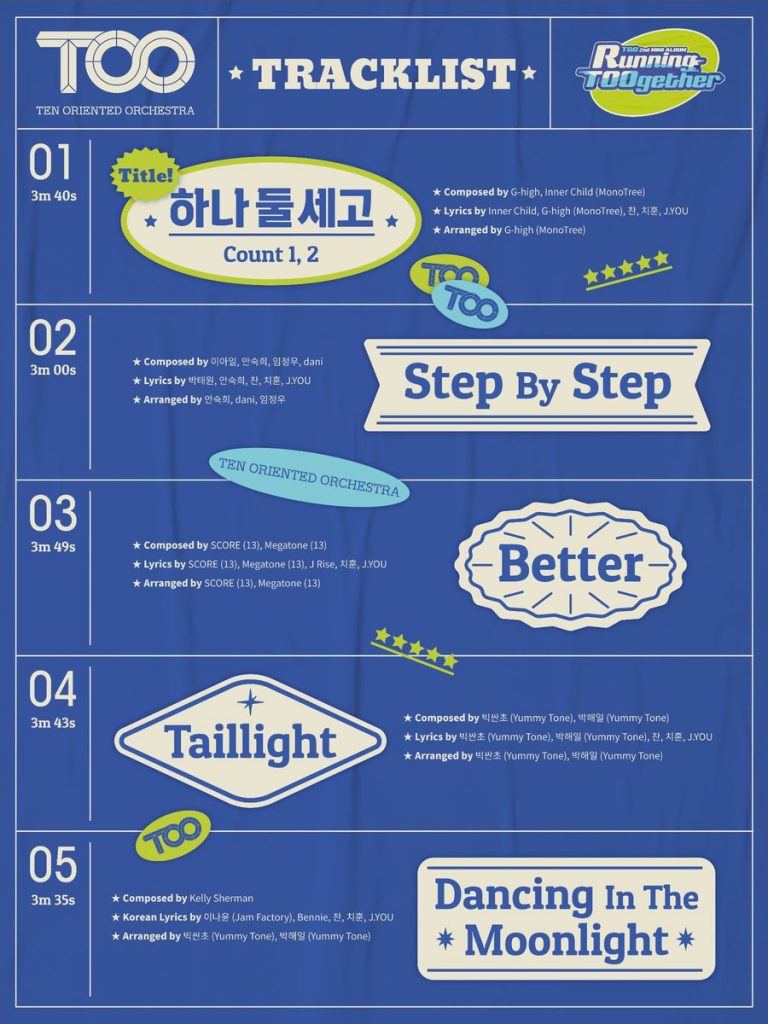 The rookies unfolded another teaser in the form of a track list poster. The fun image revealed five songs which have been prepared for fans, with “Count 1, 2” as the title track. The other songs will go under the names “Step By Step”, “Better”, “Taillight” and “Dancing In The Moonlight”.

Moreover, some of the members’ names could be seen in the songs’ credits, showing their participation in the creation process. This makes the mini album even more exciting by poking at the curiosity of the fans.

In particular, “Dancing In The Moonlight” was a song originally by French-American rock group King Harvest. The track has gone through different artists covering it, and from the looks of it, the rookie boy group is the next on the list to present it in its own unique colors.

TOO has also been showing individual teasers, the latest two being of members Kyungho and Chan. The boys showed extraordinary visual appeal, especially through the close-up shots.

The warm season’s vibes were present once again, hinting at a possible fun-filled mini-album. 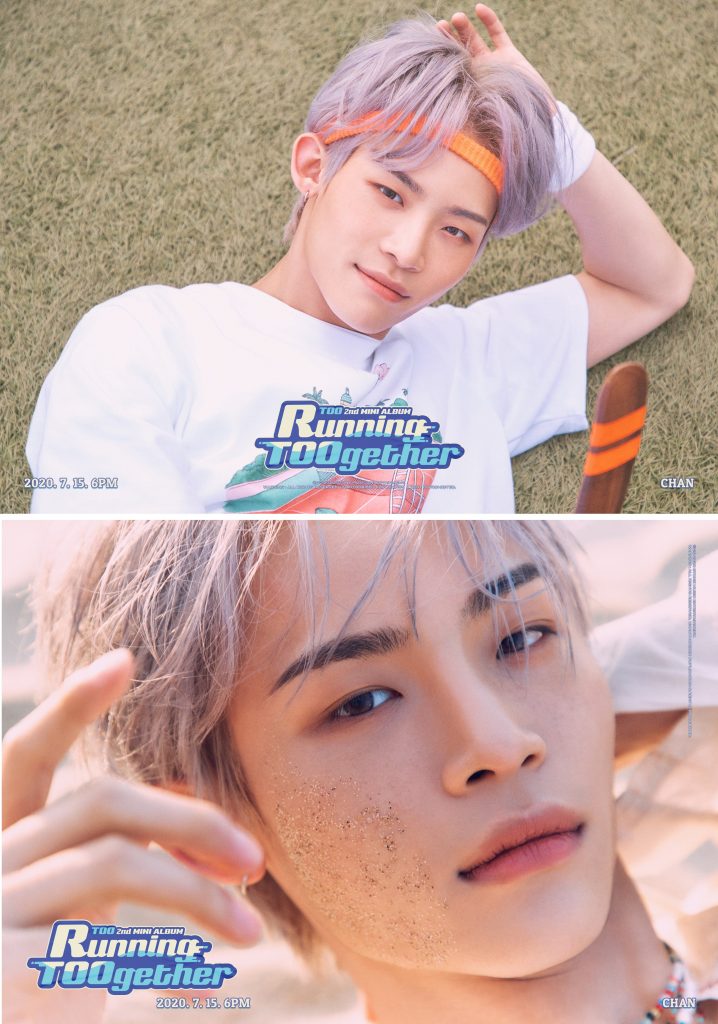 Five more concept photos are on the way with the theme of summer and sports. While fans will surely be excited to see the final result, feel free to enjoy the sun-touched visual treats for now.

TOO will release its second mini-album Running TOOgether on July 15 at 6 PM KST.