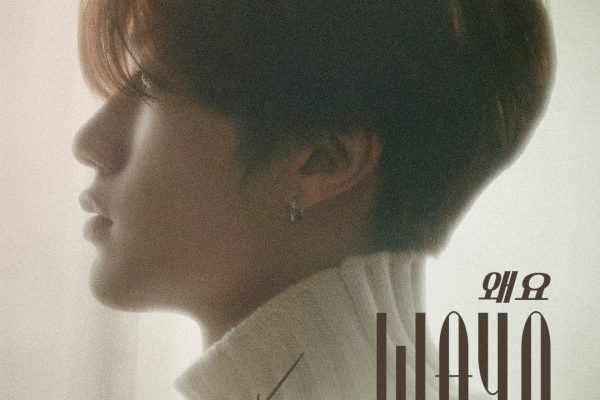 By Lyris | May 28, 2020
51
SHARES
FacebookTwitter
SubscribeGoogleWhatsappPinterestDiggRedditStumbleuponVkWeiboPocketTumblrMailMeneameOdnoklassniki

Bang Ye Dam excites fans as he finally unveiled the title of his upcoming digital single!

The talented vocalist of TREASURE, Bang Ye Dam, at last, announced his first single “WAYO” through a sentimental teaser photo released on May 28. The vague yet sentimental photo showing his picture-perfect side features eventually draws attention about the stories and hidden meanings embedded in the song. 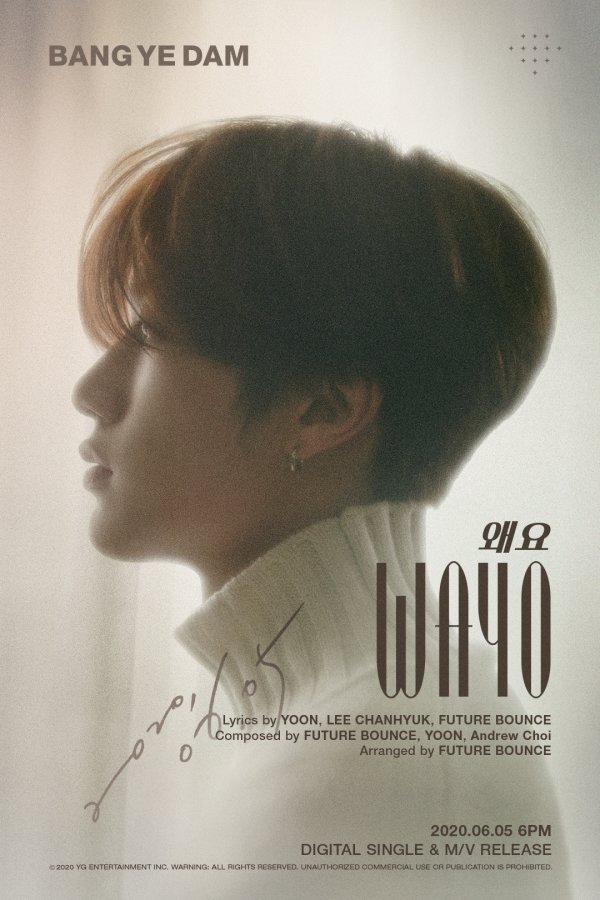 Based on the teaser photo, WINNER’s powerhouse vocalist Seungyoon and Akdong Musician’s Lee Chan Hyuk participated in the song’s lyrics and composition.

In addition, YG’s talented producer FUTURE BOUNCE wrote, composed, and arranged the song. Completing a perfect ensemble, Andrew Choi joined the composer’s team and has increased the level of perfection.

YG Entertainment said, “We are grateful for the enthusiastic support of  Seungyoon and Lee Chan Hyuk for Bang Ye Dam who has dreamt of debut for seven long years. With both artists giving their support, we created a good music that gets addictive soon as they hear it.”

The company added, “It’s a song that highlights Bang Ye Dam unique sweet vocals through its beautiful lyrics and melodies.”

Bang Ye Dam started his career and participated in K-Pop Star Season 2 on 2012. He finished the survival show as a runner-up at the age of 11. After honing his musical skills as a YG trainee for seven years, he then participated in YG Treasure Box.

Throughout the survival program, the singer constantly exhibited outstanding skills as a “genius vocalist”. With his great skills in singing, it was no doubt that he ranked no.1 in the vocal position, and eventually selected as TREASURE member.