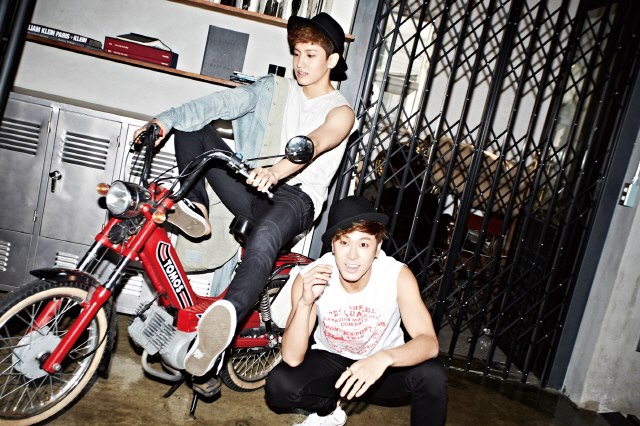 TVXQ’s ‘Catch Me’ dominates music charts in Thailand and Taiwan

The special edition (CD+DVD) for Catch Me, which was released November 30, also took 1st place on G-Music‘s Asia Chart (November 30 to December 6), and has continued to prove the fans’ interest in TVXQ.

In other news; TVXQ has been active with its follow up song Humanoids and is currently promoting it.

Hellokpop, as an independent Korean entertainment news website (without influence from any agency or corporation), we need your support! If you have enjoyed our work, consider to support us with a one-time or recurring donation from as low as US$5 to keep our site going! Donate securely below via Stripe, Paypal, Apple Pay or Google Wallet.
FacebookTwitter
SubscribeGoogleWhatsappPinterestDiggRedditStumbleuponVkWeiboPocketTumblrMailMeneameOdnoklassniki
Related Items1st placeCatch Memusic chartsSM EntertainmentSMTOWN FacebookTaiwanThailandtop rankingTVXQ동방신기
← Previous Story Orange Caramel releases Christmas love song with NU’EST
Next Story → K-Pop Star contestant Yoon Hyunsang contributes to Sunny Hill’s album