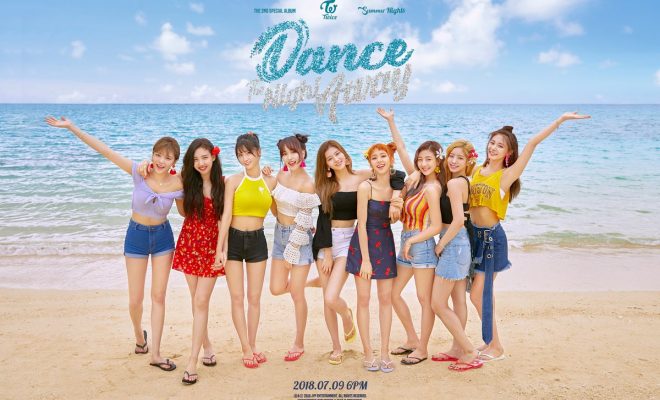 Twice To Bring The Party To The Beach In July Comeback

Fans are in for a hot summer treat from JYP’s hit girl group, Twice!

JYP Entertainment’s nine-member girl group Twice is bringing the party to the beach with its upcoming comeback with “Dance The Night Away”.

Sporting youthful beachwear fashion on their group and individual teaser photos, their 2nd special album Summer Nights is guaranteed to carry the iconic energy the girl group is known for. 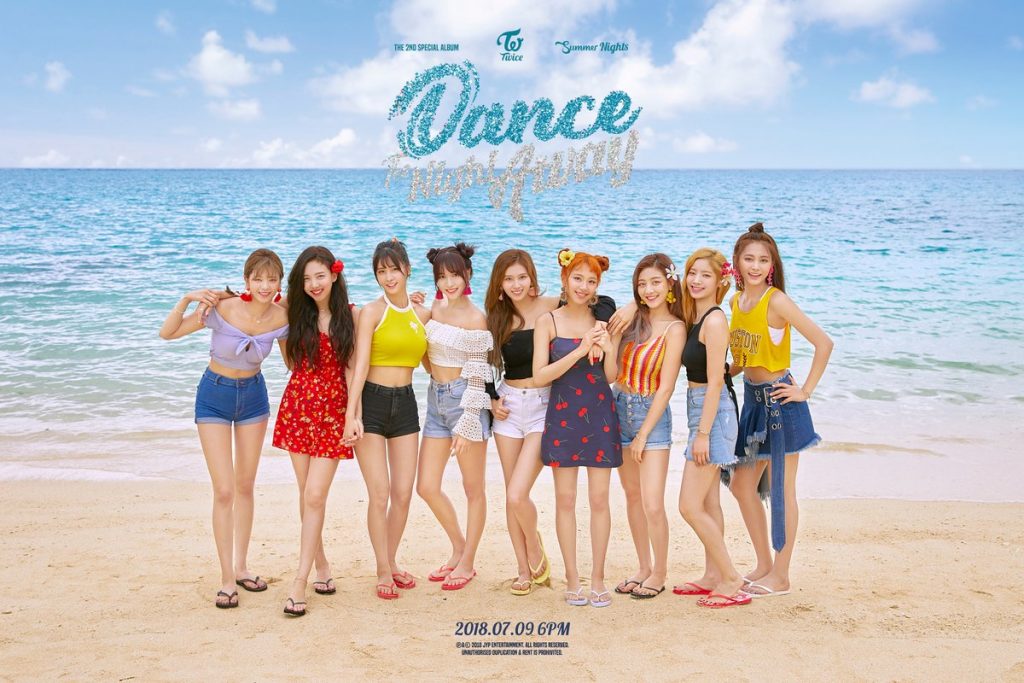 With hits like Younha’s “Password 486”, T-ARA’s “I Go Crazy Because Of You”, and Ailee’s “Heaven”, singer-songwriter Wheesung also wrote “Dance The Night Away” for Twice.

The song will feature the group’s freshness and youthful charm as they comeback with their summer hit.

The album, Summer Nights, will contain three new songs — the title track, “Dance the Night Away”, “CHILLAX”, and “Shot Thru The Heart” which was penned by members Momo, Sana and Mina.

The second special album will also include tracks “What is Love?”, “Sweet Talker”, “Ho!”, “Dejavu”, “Say Yes”, and “Stuck” from the group’s fifth EP What is Love? 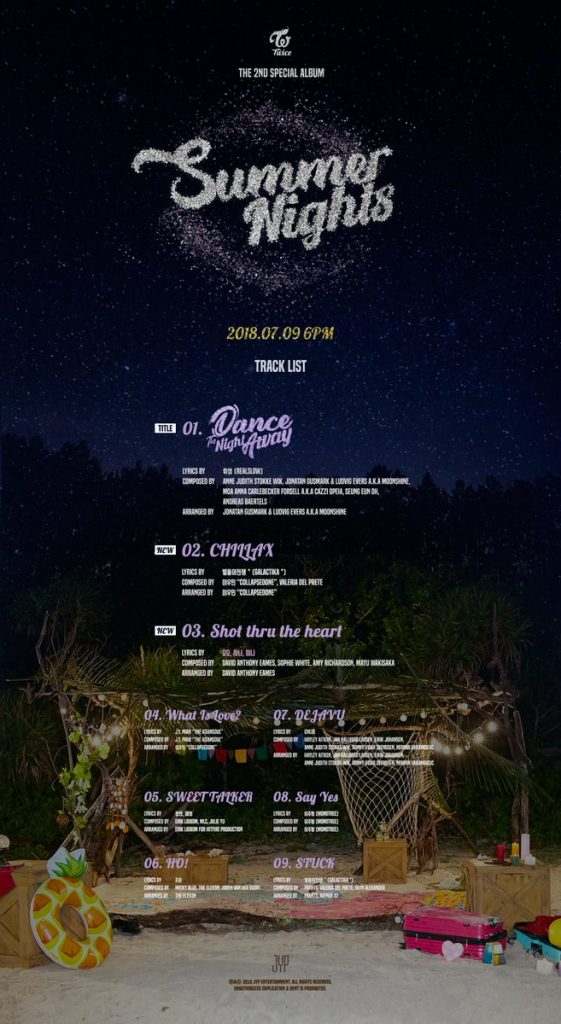 The group debuted on October 20, 2015 with their first EP, The Story Begins.

It then rose to popularity with the single “Cheer Up” as it became the best performing single on 2016.

Twice followed up this success with another single, “TT” from the third EP Twicecoaster: Lane 1, making it the highest selling K-Pop girl group album of 2016.

With the success of hits like “Signal”, “Likey” and “What is Love?”, this is the group’s 9th consecutive comeback raising expectations as it continually released hit after hit.

Summer Nights will be released on June 9, 6pm KST.

Watch the video teaser for “Dance the Night Away” below!