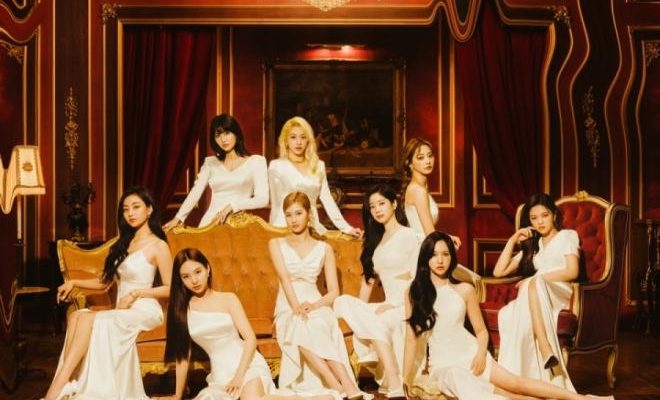 TWICE will make their Japanese comeback, shortly after releasing their latest Korean release, Taste of Love. The group raised excitement for the release of their third full-length Japanese album titled, Perfect World, by unveiling opulent jacket images across their SNS channels. 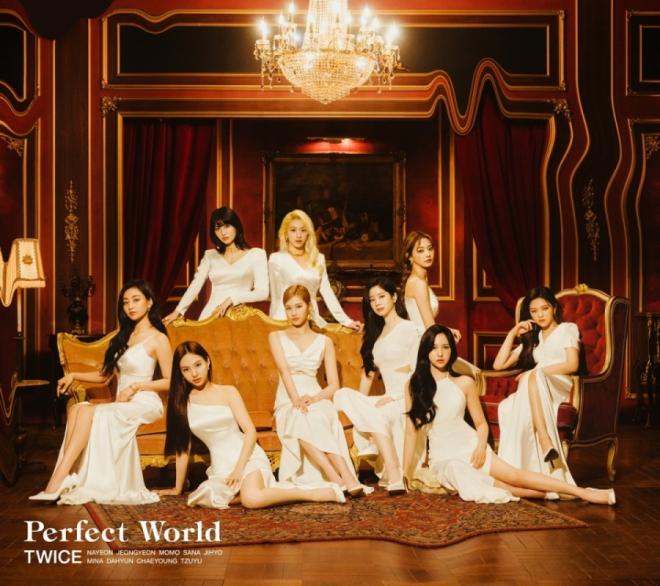 The photos captivate fans with their luxurious confidence.

In the first image, TWICE members display angelic charisma in white dresses, radiating elegance. At the same time, they demand attention with powerful gazes, raising curiosity for the sound of the album. The distortion in the background setting of the grand room in contrast to the album title, Perfect World, also intrigues fans.

This same distortion is seen in the second concept image. The members wear bolder outfits, displaying varying suit looks. TWICE emulates a forceful presence with their more powerful poses in this image. 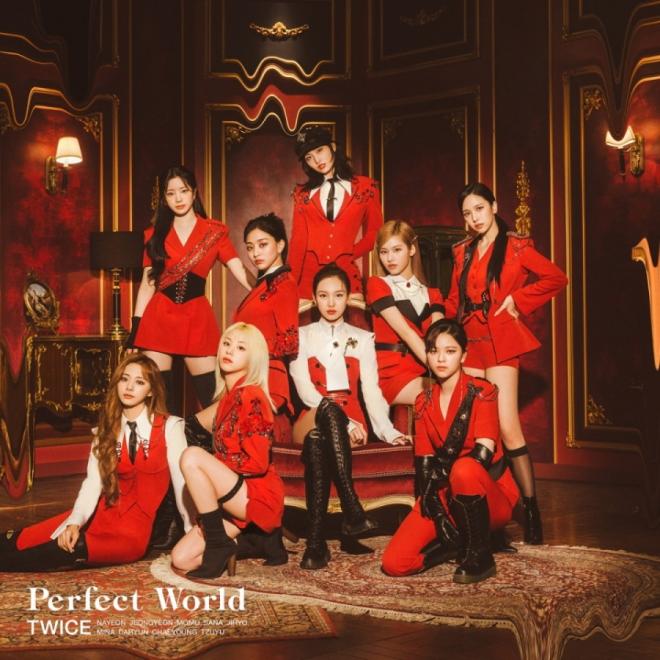 Many anticipate impressive results with their upcoming project, as TWICE achieved numerous achievements with their latest project, Taste of Love. The Korean extended play topped Billboard’s 200 Chart as well as the Billboard Top Album Sales Chart. Moreover, their position on the Billboard 200 made history as the highest ranking in the history of all K-Pop girl group extended plays.

The Ongoing Rise of TWICE

They continue to shatter K-Pop records as well as their own personal records set by previous projects. As such, TWICE shows an ongoing dramatic rise in global popularity.

Meanwhile, on May 15, the music video for their Japanese single “Breakthrough” surpassed 100 million views. In total, TWICE has 18 videos that have soared past 100 million views, including Japanese tracks “Candy Pop” and “TT-Japanese Version”.

TWICE holds the record for the most music videos with more than 100 million views among all worldwide girl groups.

The group will now make their comeback with their third Japanese album, Perfect World, on July 28.