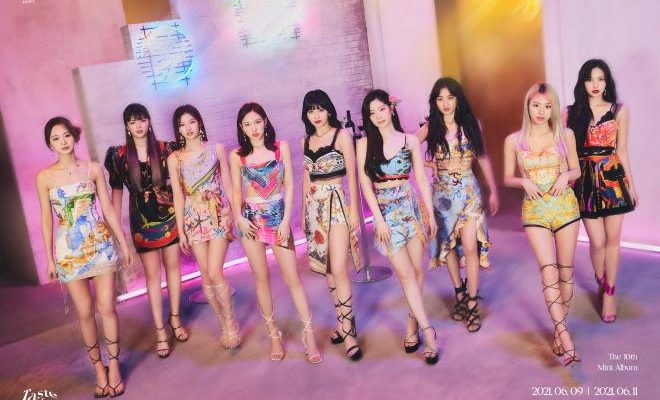 TWICE is about to make fans’ summer even more colorful as they achieve a remarkable feat with their upcoming EP Taste of Love!

Phenomenal K-Pop girl group TWICE recently bagged a massive amount of pre-orders for their upcoming album Taste of Love. This alone proves the growing anticipation for their first comeback of the year. 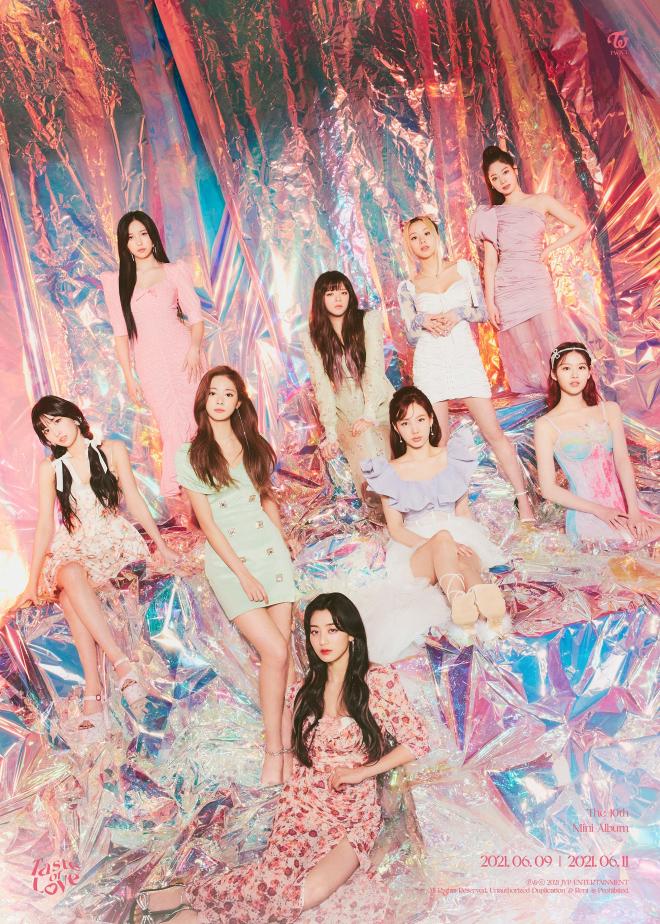 Titled Taste of Love, it will mark as the girl group’s latest EP since they unveiled More & More and its lead single of the same name in June 2020.

Furthermore, the album will also mark as TWICE’s latest music release since they revealed their chart-topping studio album Eyes Wide Open and its accompanying title track “I Can’t Stop Me” in October 2020.

As of current writing, Taste of Love has already surpassed pre-order 500,000 sales. This comes close with their last summer EP More & More, which also reportedly garnered the same amount of sales.

With just a day before their iconic return, TWICE has been dominating various charts such as Ktown4u as well as Synnara.

In just a few seconds into the teasers, one can already feel that the song is going to be another bop. It sounds like it will fall into the dance-pop genre, given the cheerful and fresh feel it exhibits.

Released on June 6, the first sneak peek began with a still of a refreshing blue cocktail. The frame then shifted to the girls enjoying the weather and the vibe under the sun.

Each of them was then shown while posing and smiling against different summer-themed backgrounds. Watching the teaser alone would make everyone feel as if they were on a summer trip on the beach.

As the clip drew to an end, TWICE showed a bit of their choreography as a subtle and groovy beat plays on the background.

ANOTHER SUMMER BOP AHEAD

Meanwhile, the second teaser focused on showing more of the dance moves for “Alcohol-Free.” Moreover, it also gave fans an opportunity to hear longer bits of the song, without giving too much away. The video was enough to stimulate fans’ curiosity about the concept and the title of the track.

During the first few seconds of the clip, viewers could see Momo uttering the words “That’s what you do to me”, while donning a nude-colored summer crochet top. As the frame shifted into a heart figure, all members were then displayed dancing the catchy choreography of their upcoming song, with Nayeon’s vocals dominating the whole scene.

The outfits used by the girls alone are already iconic, signifying that all aspects of the comeback will also turn out great.

As soon as the MV teasers came out, TWICE was able to dominate YouTube’s worldwide trending list. This demonstrates the group’s superior artistry and music prowess.

The group will release their 10th mini album Taste of Love on June 11 at 1 PM KST. Meanwhile, its lead single “Alcohol-Free”, composed and arranged by JYP and Lee Hae Sol, will grace the music charts on June 9 at 6 PM KST.

During the day of the title track’s release which talks about the magical moment of falling in love, TWICE will hold a live broadcast, titled “With TWICE: Tasting the ‘Taste of Love'”, on various platforms including YouTube and Instagram. They will also appear on The Ellen DeGeneres Show to perform “Alcohol-Free” for the very first time.