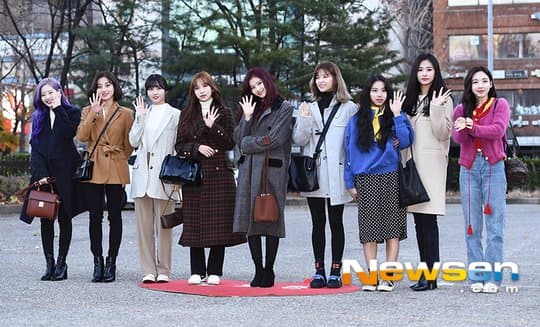 In exchange for their ONCEs’ immense love and support, TWICE will be sending out a special album as a gift this December!

Merry Christmas, ONCEs! JYP Entertainment has confirmed that TWICE is set to release a special album this December!

TWICE is preparing to make your holidays even jollier as they prepare for a special album! Though there are no specific dates yet, the group is determined to drop the album this December.

It will serve as their gift to fans for the holiday season – however, as per JYP Entertainment, the group will not be promoting the special album through broadcast activities.

“With the same special album nature, there will be no broadcasting activities for TWICE’s special album,” the agency stated.

News about the special album follows TWICE’s other treat for their fans this Christmas – which is a feature film of their own!

The film will give fans a behind-the-scenes look at the group’s successful TWICELAND ZONE 2: Fantasy Park world tour which began in Seoul in May 2018.  Titled TWICELAND, it will hit local CGV’s Screen X theaters on December 7.

Are you looking forward to TWICE’s special December album? Let us know by leaving a comment below, giving us a holler on Facebook, or tweeting us at @hellokpop!

We need your support! If you have enjoyed our work, consider to support us with a one-time or recurring donation from as low as US$5 to keep our site going! Donate securely below via Stripe, Paypal, Apple Pay or Google Wallet.
FacebookTwitter
SubscribeGoogleWhatsappPinterestDiggRedditStumbleuponVkWeiboPocketTumblrMailMeneameOdnoklassniki
Related Itemsjyp entertainmentTWICE
← Previous Story BTS, iKON, Wanna One, BLACKPINK & More Join 2018 Melon Music Awards Performer Line-up
Next Story → Fantastic Beasts’ Stars Ezra Miller and Claudia Kim Spotted in Seoul