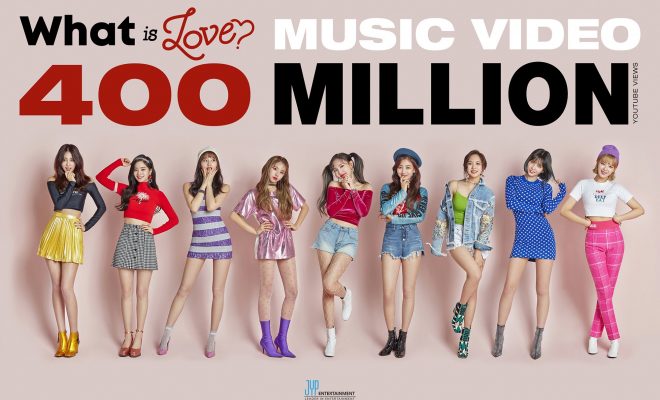 TWICE Surpasses 400 Million YouTube Views With “What Is Love?”

ONCE continues to shower support to TWICE’s hit song “What is Love?”

TWICE has added a new milestone on YouTube with their 2018 well-loved track “What is Love?”. 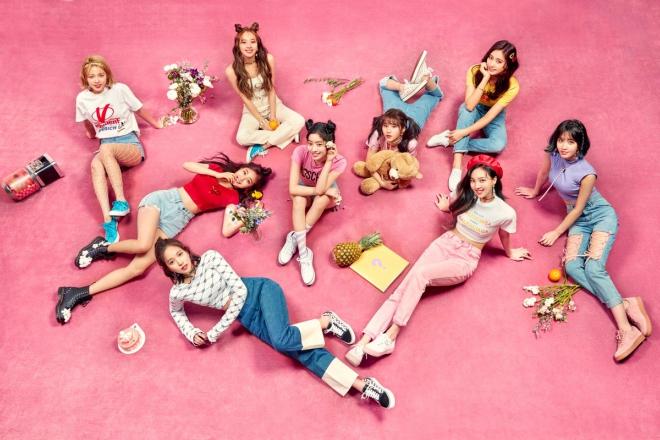 In the late evening of June 27, the nonet’s music video for “What is Love?” has officially reached the 400-million mark on YouTube.

Nayeon, Jeongyeon, Jihyo, Sana, Momo, Mina, Dahyun, Chaeyoung, and Tzuyu released the song’s music video in April 2018 as the lead single of their fifth mini-album of the same name. Notably, the girls achieved the milestone in over two years, two months, and 18 days after its official release.

Additionally, TWICE’s “What is Love?” became their third music video to hit the above-mentioned massive count. The other tracks of the nonet that had likewise reached the milestone are “TT” and “Likey”. 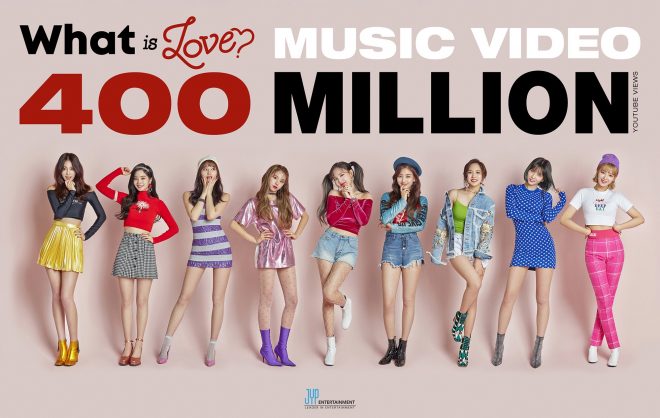 Aside from its YouTube success, “What is Love?” has also brought in amazing accolades for the girls. It was hailed as the Song of the Year at the 2018 Mnet Asian Music Awards in Hong Kong after besting out BLACKPINK’s “DDU-DU DDU-DU,” iKON’s “Love Scenario,” MAMAMOO’s “Starry Night,” and BTS’s “Fake Love.”

In addition, it peaked at the third spot of Billboard’s World Digital Songs. In Japan, the song ranked fifth and sixth on Oricon’s Digital Singles Chart and Billboard Japan’s Japan Hot 100 Chart, respectively.

Celebrate TWICE’s latest YouTube feat by watching their captivating music video for “What is Love?” below: