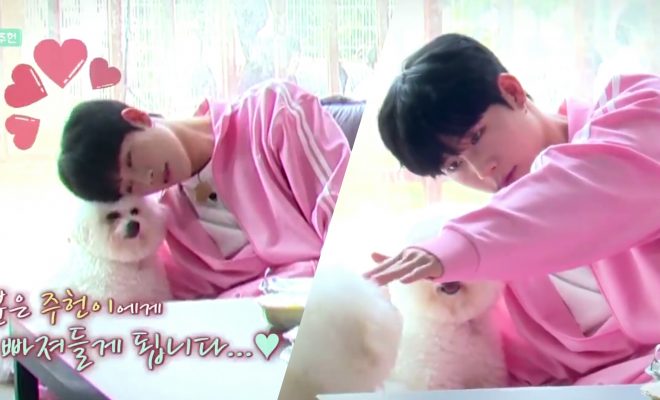 MONSTA X’s Joohoney was as sweet as honey while mingling with puppies in the newest teaser video for their upcoming web show!

MONSTA X’s Joohoney adorably took up so much love from puppies in the sixth teaser video for the upcoming web show unveiled on July 1! 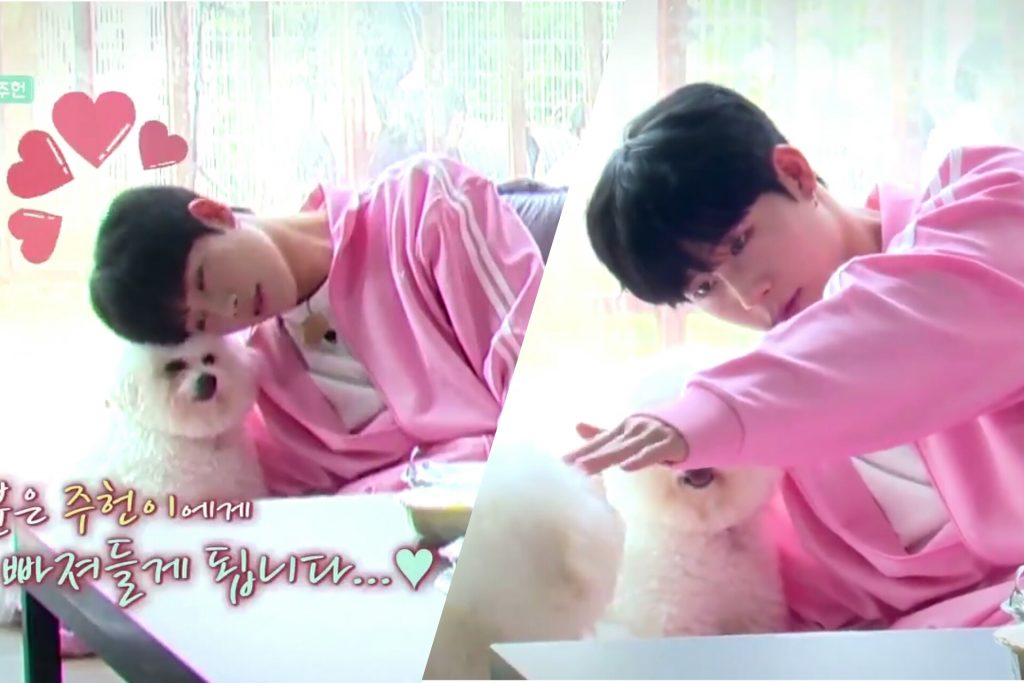 The MONSTA X member also made puppies hooked through his overflowing charisma in the latest sneak peek for their upcoming web show. 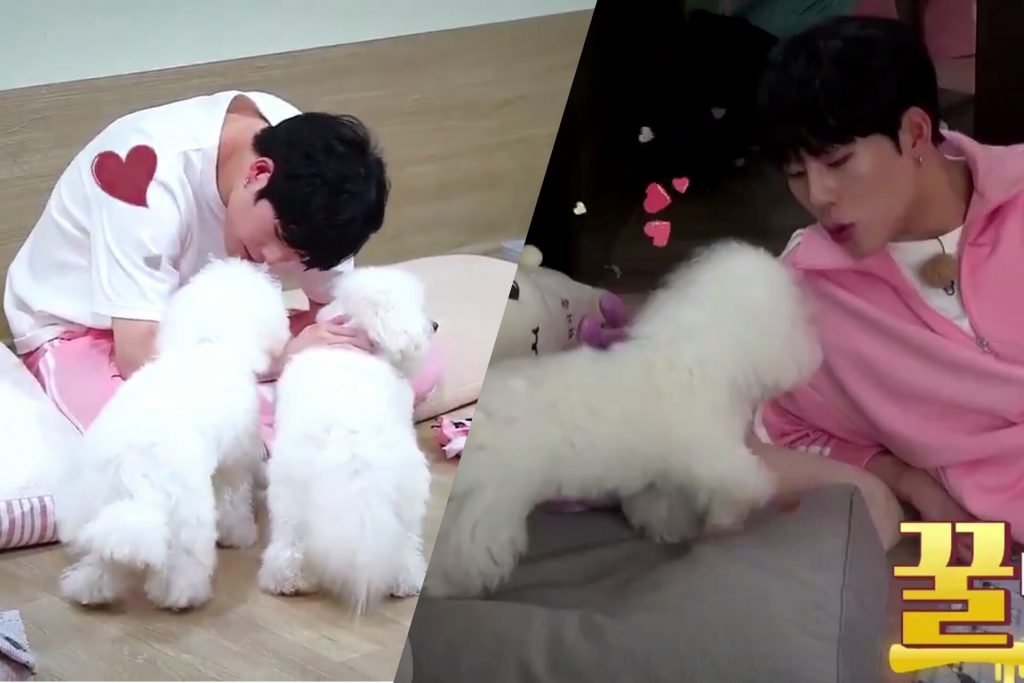 In the one-minute teaser video, Joohoney sweetly cooed the puppies like his own babies which effectively stole their hearts and left them clamoring for more of the MONSTA X member’s love.

The teaser video was filled to the brim with so many precious moments and exchange of hearts between the rapper and the furry little creatures, just like how their interactions dripped with sweetness every time.

Dressed in pink overalls that serve as the group’s uniform for the show, Joohoney also showed himself enjoying the variety of games and activities fans should watch out for on the web show.

With the collaboration creating seven bear characters representing the unique charms of each member, Joohoney will introduce the very sweet Honeygom – who is known for being a scaredy-cat and a semi-crybaby!