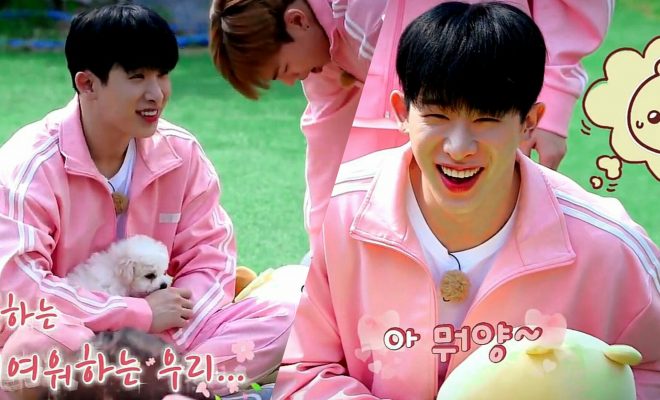 MONSTA X’s Wonho made fans’ hearts go soft as he snuggled up with puppies on the second teaser video for their upcoming web show!

MONSTA X’s Wonho sent fans into soft hours as he cutely cuddled with puppies in the second teaser for their upcoming web show unveiled on June 27! 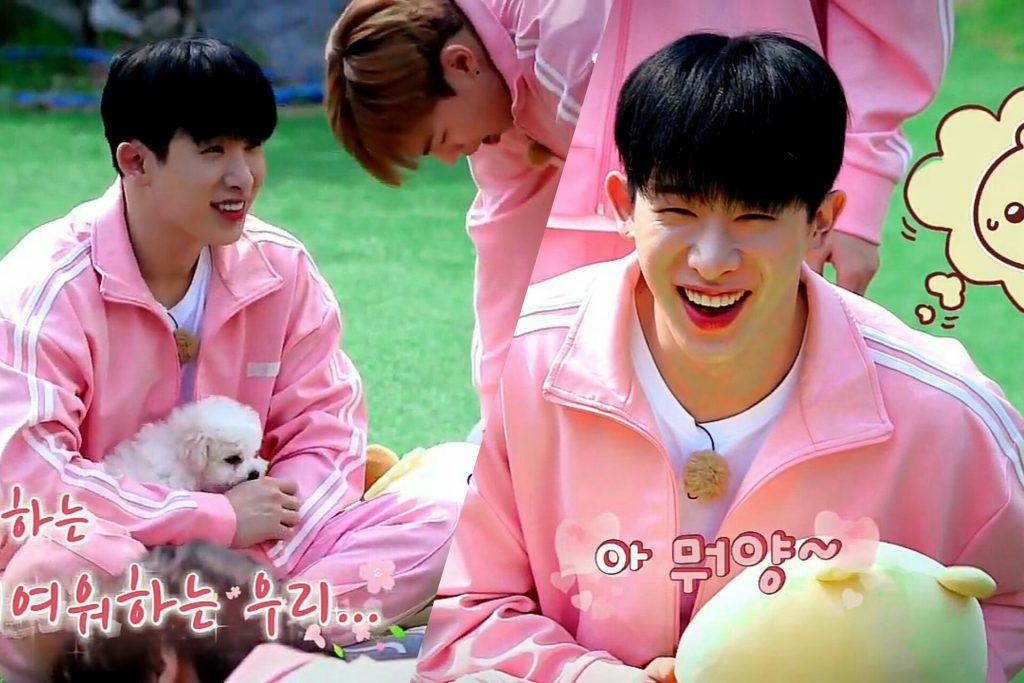 The MONSTA X vocalist made fans coo in adoration as he proved to be the perfect definition of cuteness in the second sneak peek for their upcoming web show!

Titled MONSTA X’s Puppy Day, the show is made possible by the group’s recent collaboration with N.C. SOFT for their very own character brand named TWOTUCKGOM. It is set to begin airing on July 8 at 7 PM KST through TWOTUCKGOM’s official YouTube channel. Additionally, the show will provide English and Chinese subtitles for international fans. 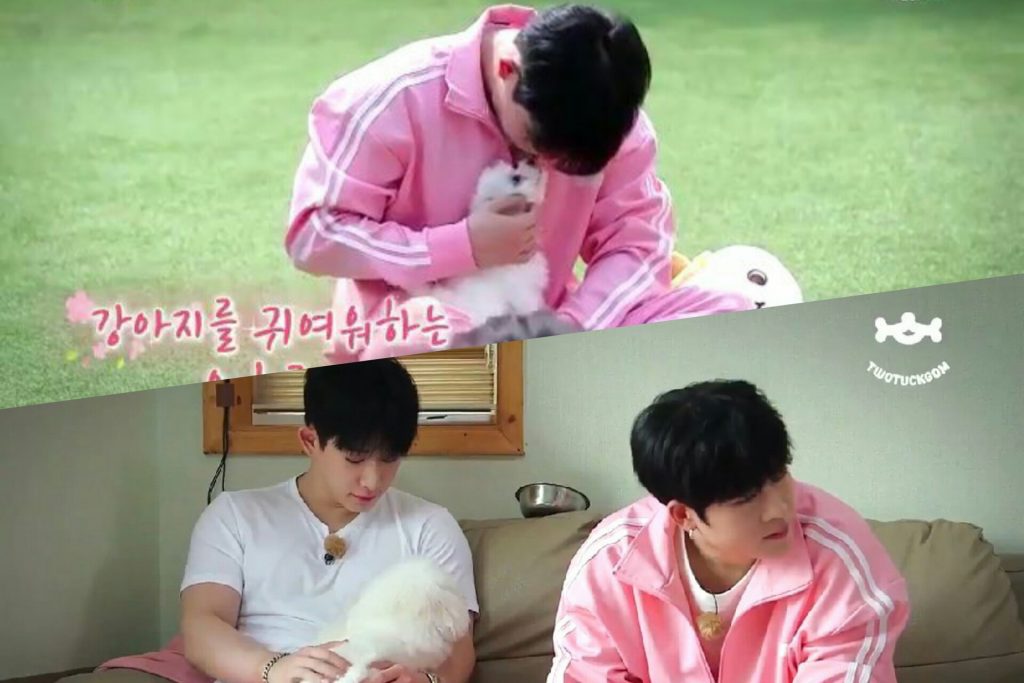 In the one-minute teaser video, the MONSTA X vocalist made everyone soft as he continuously treated the puppies like babies. Dressed in pink overalls which reminded everyone of the group’s MONSTA X-RAY uniforms just like Shownu in the first teaser video, Wonho was a total gentle giant around the little fluffy creatures which fans totally loved.

Proving his popularity even with puppies, the singer made scooping up the animals in his arms ten times more adorable. He also sweetly made use of his strong biceps – as pillow for the puppies to sleep on!

With the collaboration creating seven bear characters representing the unique charms of each member, Wonho will also bring to life the cute and cuddly Bebegom – who isn’t actually the baby of the group despite seeming like one!

We need your support! If you have enjoyed our work, consider to support us with a one-time or recurring donation from as low as US$5 to keep our site going! Donate securely below via Stripe, Paypal, Apple Pay or Google Wallet.
FacebookTwitter
SubscribeGoogleWhatsappPinterestDiggRedditStumbleuponVkWeiboPocketTumblrMailMeneameOdnoklassniki
Related Itemsmonsta xmonsta x puppy daysmonsta x twotuckgommonsta x wonhotwotuckgom
← Previous Story YG Entertainment Responds To #CreditHanbin Criticisms, Claims iKON’s B.I Requested To Be Left Off
Next Story → (G)I-DLE Opens Up About The Inspirations Behind Latest Comeback, “Uh-Oh”