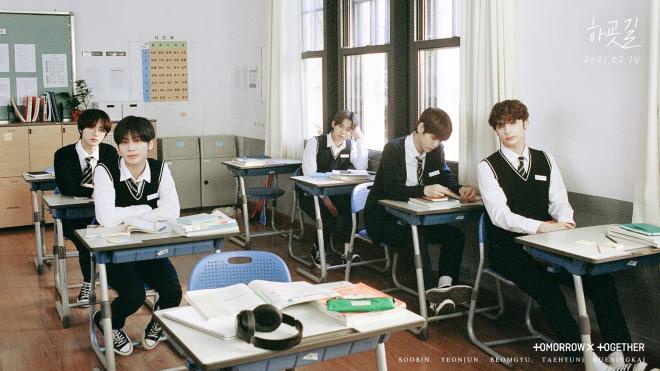 Buckle up MOA, TXT has something super sweet coming your way this Valentine’s day!

TXT, otherwise known as Tomorrow X Together, took to their official SNS to unveil some charismatic teaser posters signalling the arrival of a cool release for their track, “Way Home”. The quintet revealed a striking group picture, delighting fans with their superlative visuals in individual shots.

The members bring forth fresh, youthful vibes as they sit in a classroom while being dressed up as students. However, their intense expressions certainly exude an air of mystery that further piques curiosities for what will unveil.

Soobin looks striking as ever as he captures attention with his sharp gaze and alluring visuals. Each of the individual images of the members depicts lines from the song’s lyrics. The talented TXT leader’s poster reads, “If you call my name, even sleeping stars will wake up”. 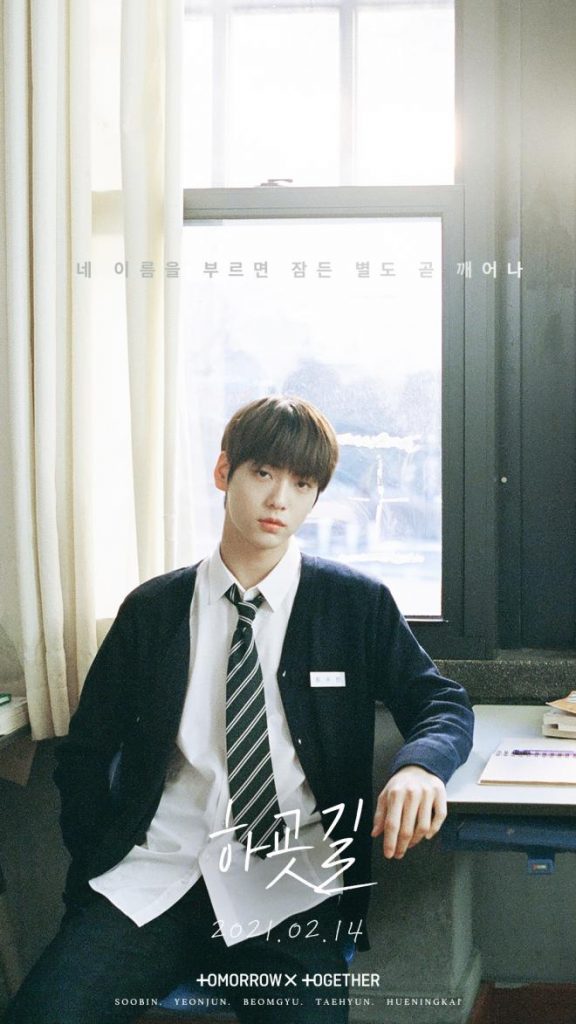 Yeonjun beguiles with his enchanting features and dark tresses that give him quite a regal allure. Keeping up with the photoshoot’s dreamy vibe, the phrase on it states, “No kind of monster could chase us”. 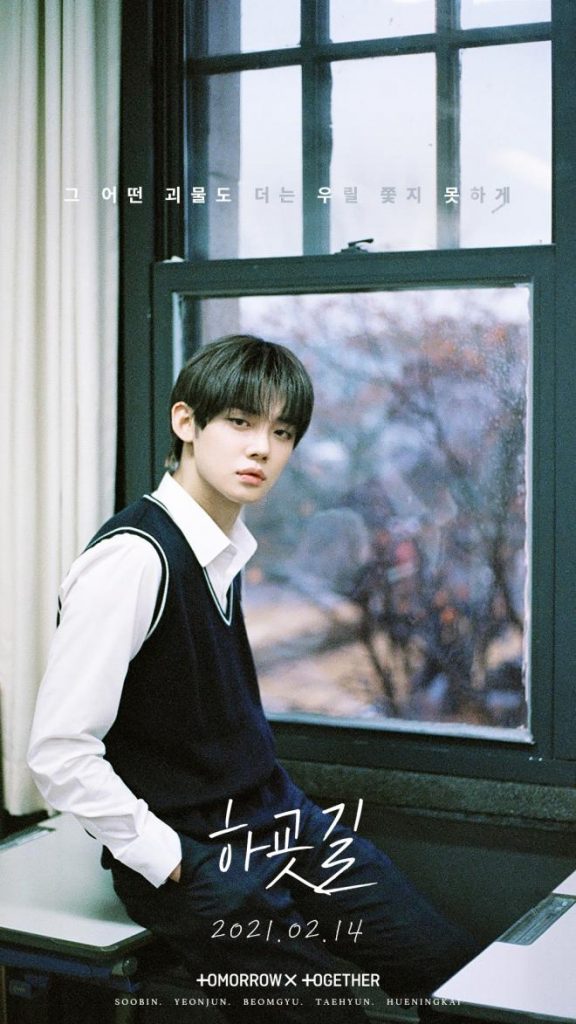 Look who’s looking like he walked straight out of a fairytale! Effortlessly cool is not even a phrase that can even begin to define the stunner that is Beomgyu. The vocalist gives off quite the princely vibes as he bedazzles with his chic style and handsome face, promising to “Remember each other forever”. 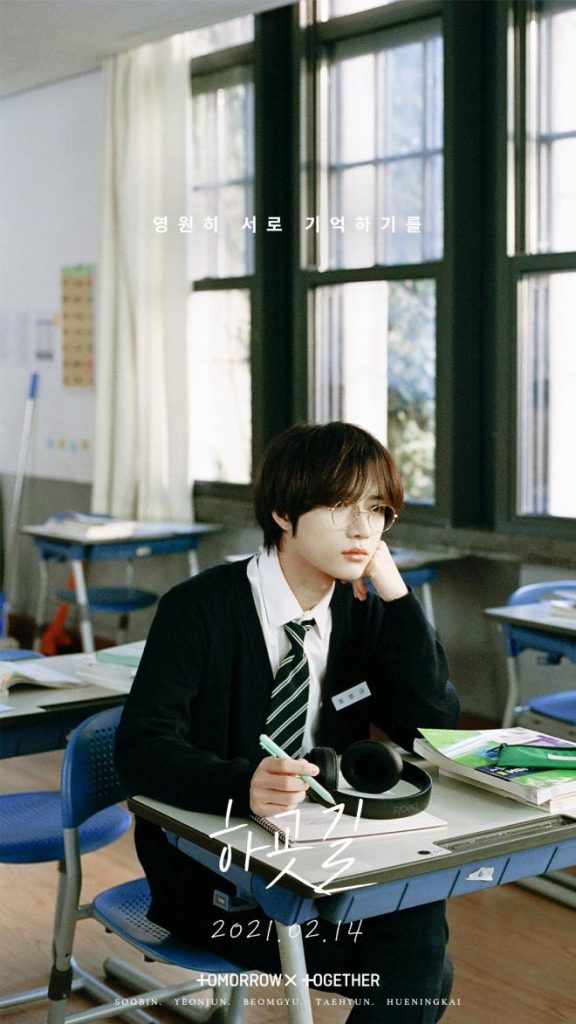 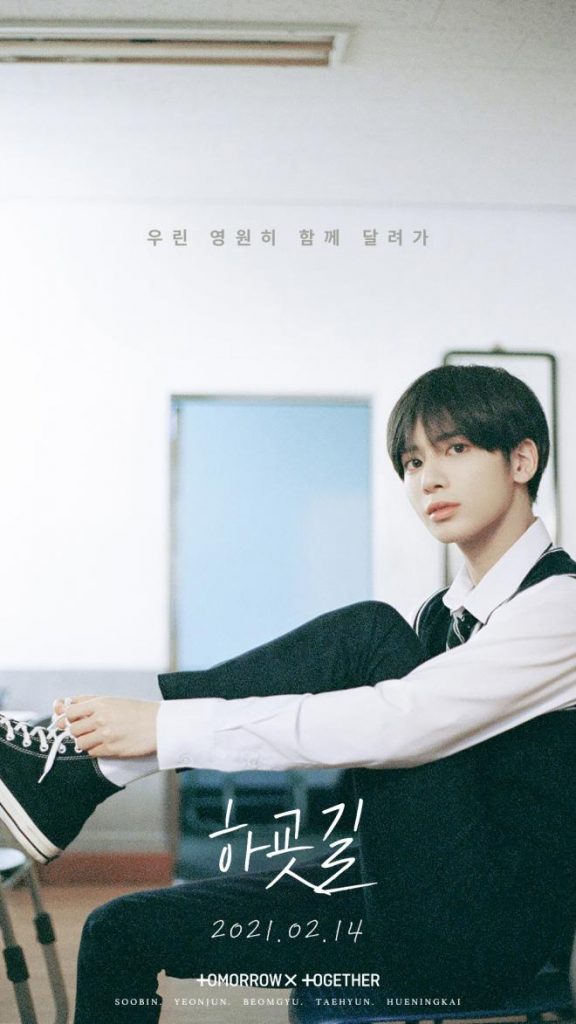 Last but certainly not least, Huening Kai stuns with his angelic looks. In his individual teaser poster, he adorably asserts “I hear our song in my ears”. The singer truly captivates with his radiating charisma which will surely make it hard for fans to take their eyes off of him. 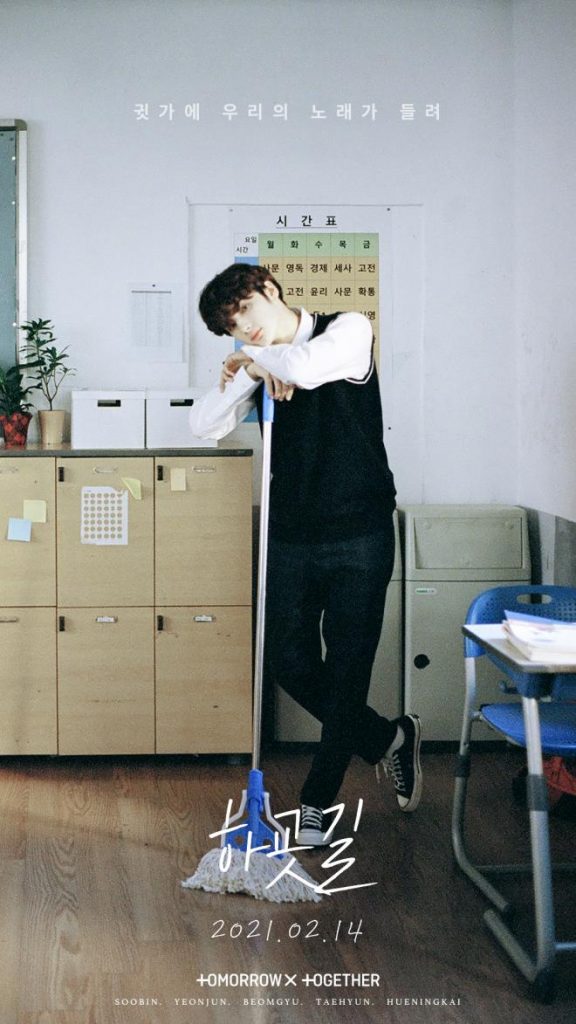 TXT’s track “Way Home” is a mellifluous b-side number from the group’s much-loved album minisode1: Blue Hour. The teaser posters are reflective of the essence of the track that talks about a boy’s way back home from school. Through the track, the group focused on the message of ‘as long as we continue to remember each other, we will stay together forever’.

Meanwhile, TXT will melt hearts with the arrival of “Way Home” which is set to release on February 14.