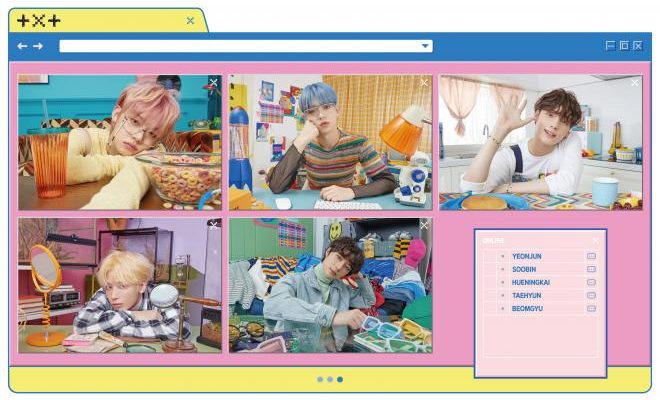 TXT has entered the comeback countdown and are ready to bring forth some vibrant new tunes with their new album!

Showcasing a photo gallery of sorts, the concept images are designed to look somewhat like a vintage and pixelated mobile phone screen. Individual galleries of each of the members were revealed as well. Soobin, Yeonjun, Beomgyu, Huening Kai and Taehyun are cuteness personified in each of the stills. Moreover, the quintet channeled some major retro vibes in their denims, flannels and overall early 90s fashion attires.

Moreover, another eye-catching instance is the time in the upper left corner of each of the pictures that reads as “5:53”. The mention of the particular hour surely raises questions as to what significance it holds.

The group has undeniably hyped anticipation for their forthcoming comeback especially after setting impressive records with their Dream Chapter series. TXT has showcased immense growth as artists as evident with their awesome feats on multiple music charts.