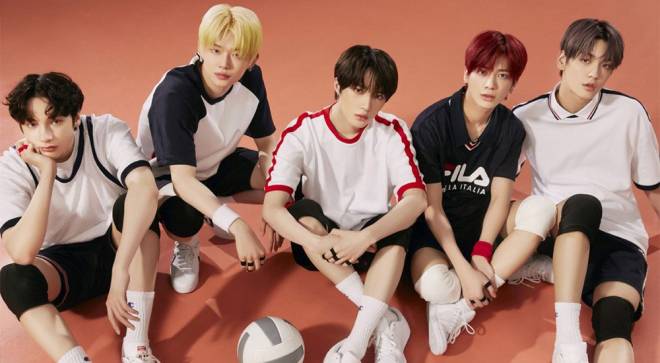 TXT is all set to shine as they get ready to mesmerize MOA with new music!

TXT (Tomorrow X Together) has unveiled an intriguing teaser for their upcoming second Japanese single “Drama” on August 3. The track will officially be released on August 19.

The teaser sees the members Soobin, Yeonjun, Taehyun, Beomgyu and Huening Kai transform into volleyball players. The group channels their youthful sides and it is reflective in their overall bright personas. Furthermore, the teaser also showed small snippets of both, “Can’t You See Me?” and their new song from the anime series Black Clover.

Besides, TXT will also release their first Japanese original song titled “Everlasting Shine”, which is included alongside the single. Moreover, “Everlasting Shine” will be featured as the opening theme of the popular anime Black Clover. The theme song will start airing from September 1.

Speaking about their first original track “Everlasting Shine”, TXT excitedly exclaimed, “We are really happy to have our first original Japanese song! “Everlasting Shine” is a song that talks about while the reality might not go the way you want, in order to make a bright future, you have to go over obstacles after obstacles. We hope that you will enjoy our opening song that has the same theme as Black Clover which is ‘Don’t give up on your dreams’.” 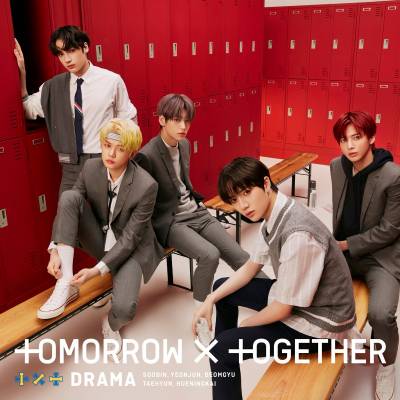 TXT previously made their Japanese debut earlier this year with the single “Magic Hour”, which debuted at the top of Oricon’s daily singles chart. The track later went on to receive an official gold certification from the Recording Industry Association of Japan (RIAJ). The boy band also topped various music charts, with their recent Korean release The Dream Chapter: Eternity.