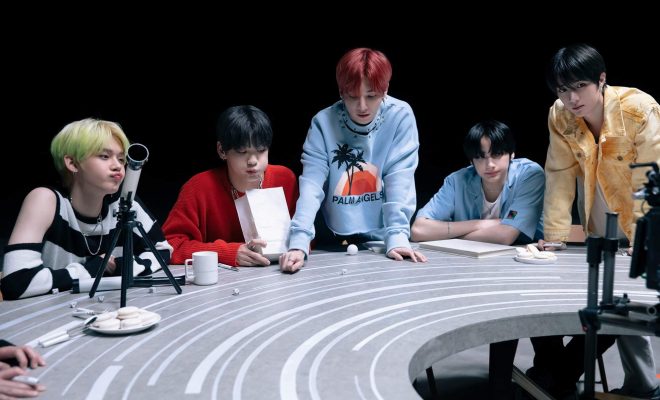 By Lilly | May 1, 2020
101
SHARES
FacebookTwitter
SubscribeGoogleWhatsappPinterestDiggRedditStumbleuponVkWeiboPocketTumblrMailMeneameOdnoklassniki

While they may be the cute boys that we love, TXT always manages to send shivers with their eerie concepts. 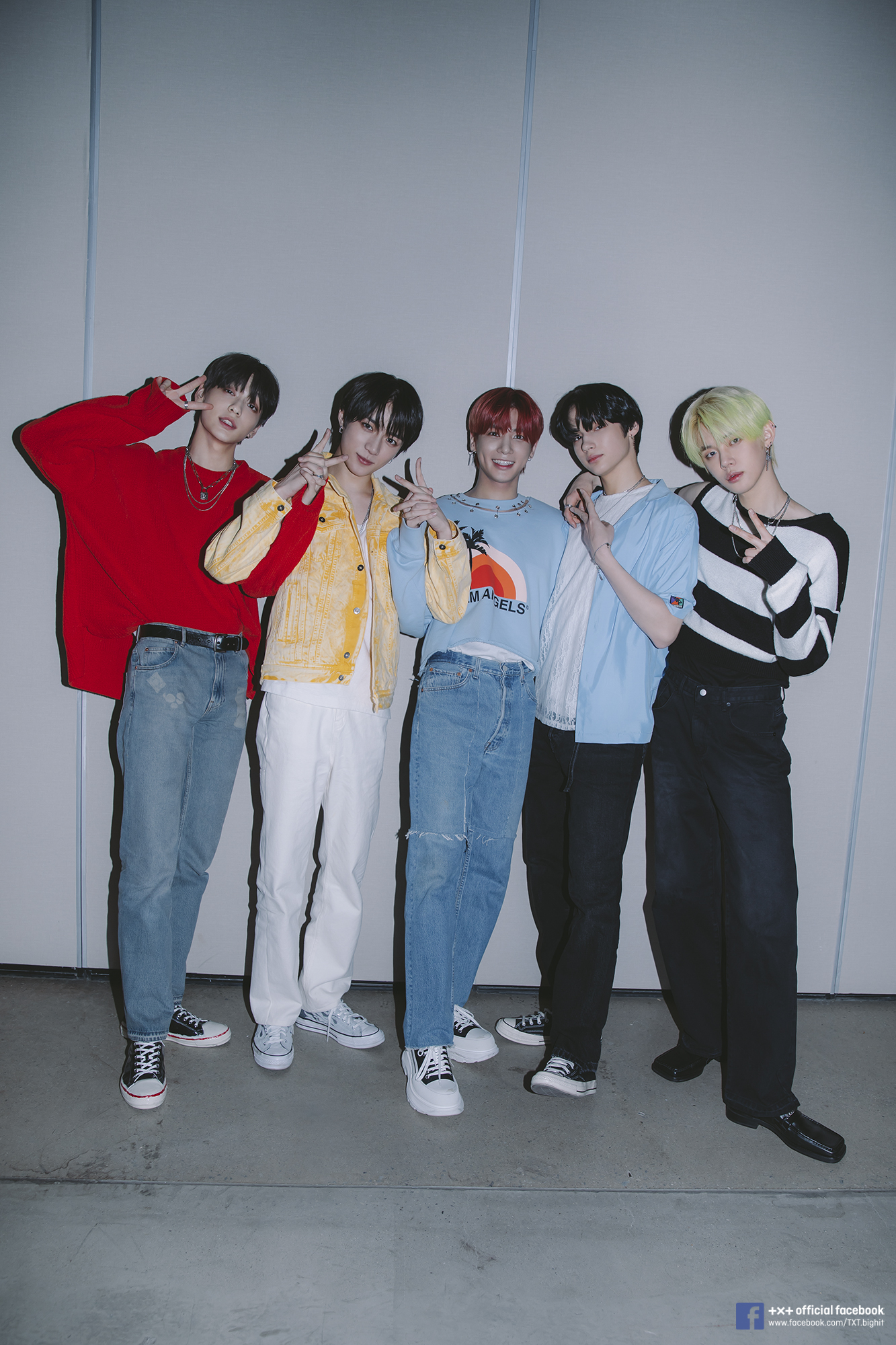 The teaser picture is a framed photo of a shabby teddy bear with horns which is in tatters with a torn ear, an eye removed, shoulder damaged and a poorly sewn heart. At the bottom of the picture is a line in French, which translates to, “This is not a teddy bear”.

It draws inspiration from Rene Magritte’s ‘Betrayal of Image’ paintings which has a framed photo of a pipe with inscriptions, “This is not a pipe” in French. In addition to that, the four numbers that are written in red letters on the lower right attracts attention. 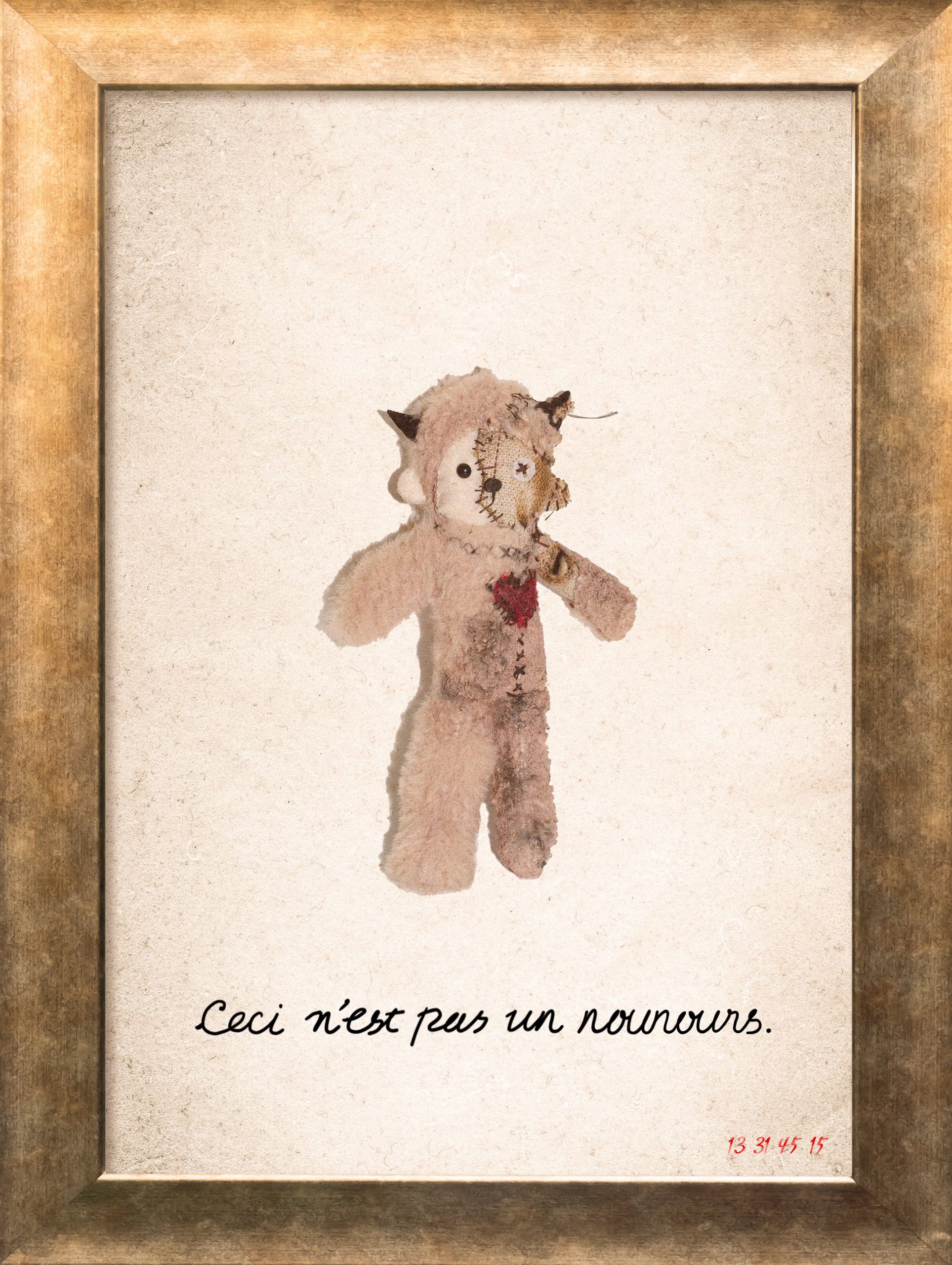 This is not the first time that the doll had made an appearance in TXT’s concepts. Earlier the doll was also seen in TXT’s “9 and Three Quarters (Run Away)” MV from The Dream Chapter: Magic album which was released last year.

This also draws curiousity on what The Dream Chapter: ETERNITY is going to bring and how its story connects to The Dream Chapter: MAGIC album. The expectations of fans around the world for the new album is increasing after the release of the concept photo.

On May 1, at 12 a.m. KST, BigHit dropped the Concept Photo Port of TXT. The concept photos show the youthful energy of TXT and is designed like a social media profile. There is a designated account for the group as well as each of the members. The Port concept photos can be viewed on BigHit’s website.

In the photos, TXT members are seen spending and enjoying time together. Also, what is interesting in these photos there is a keyword assigned for each of the social media accounts. The TXT group account is tagged as “eternally”, Yeonjun as “guilty”, Beomgyu as “unfair”, Soobin as “invisible”, Taehyun as “suspicious” and Heuning Kai as “lonely”. 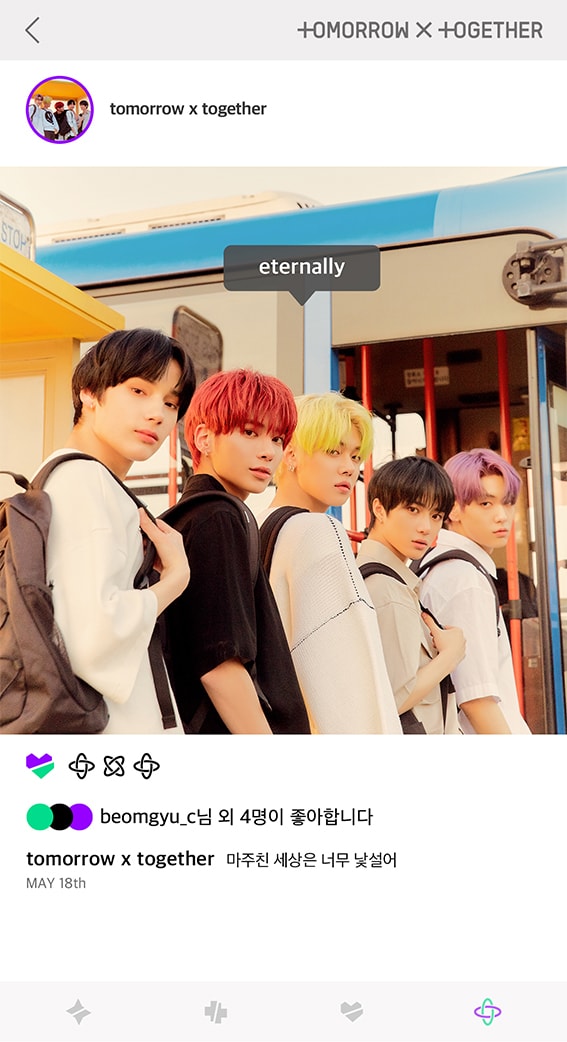 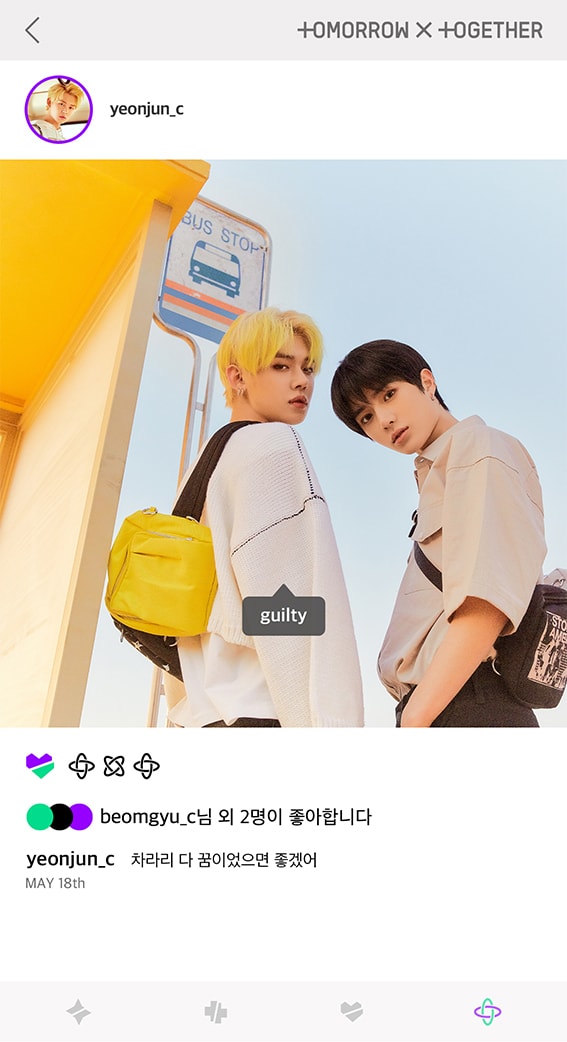 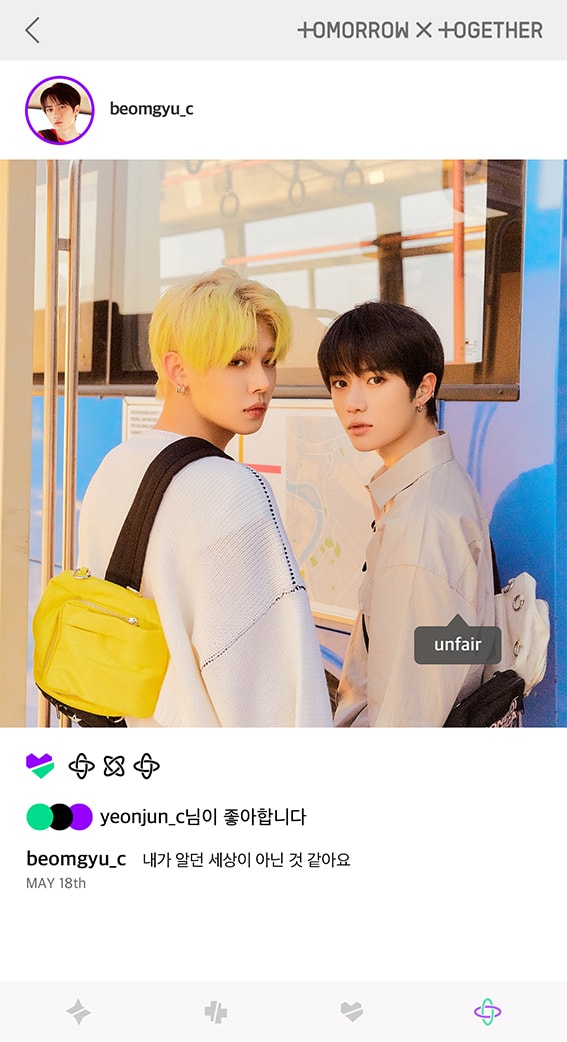 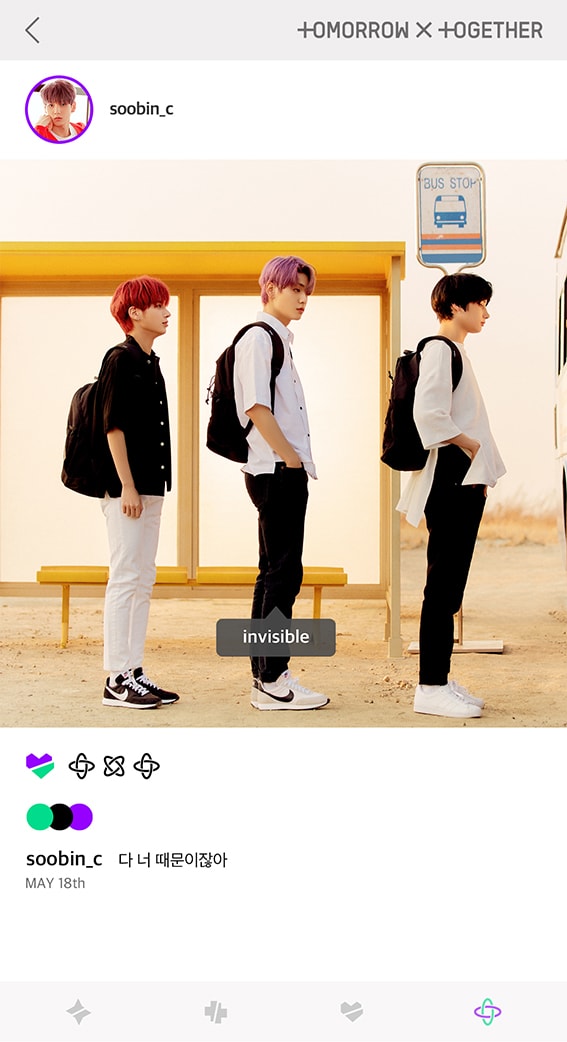 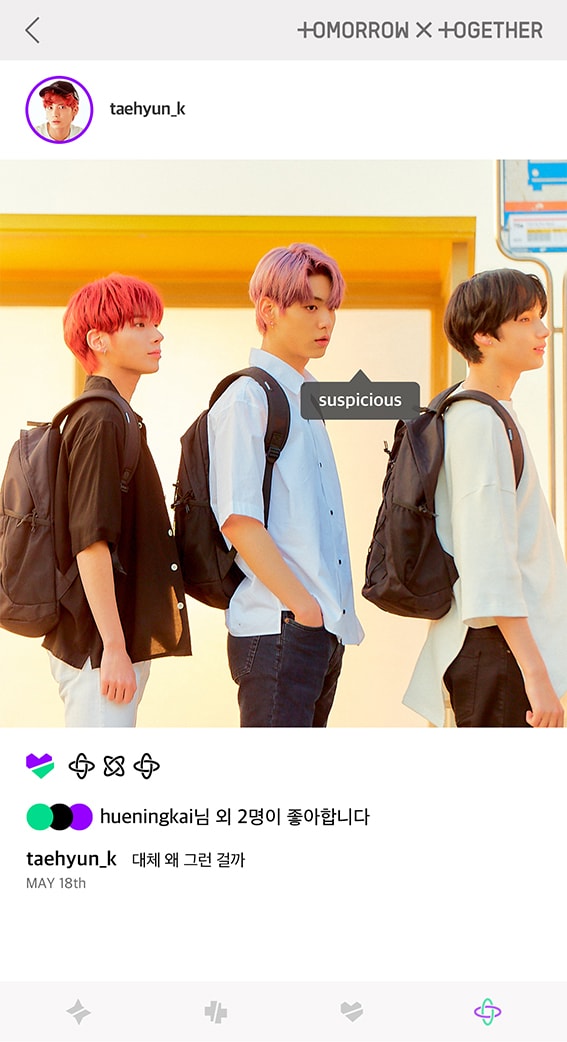 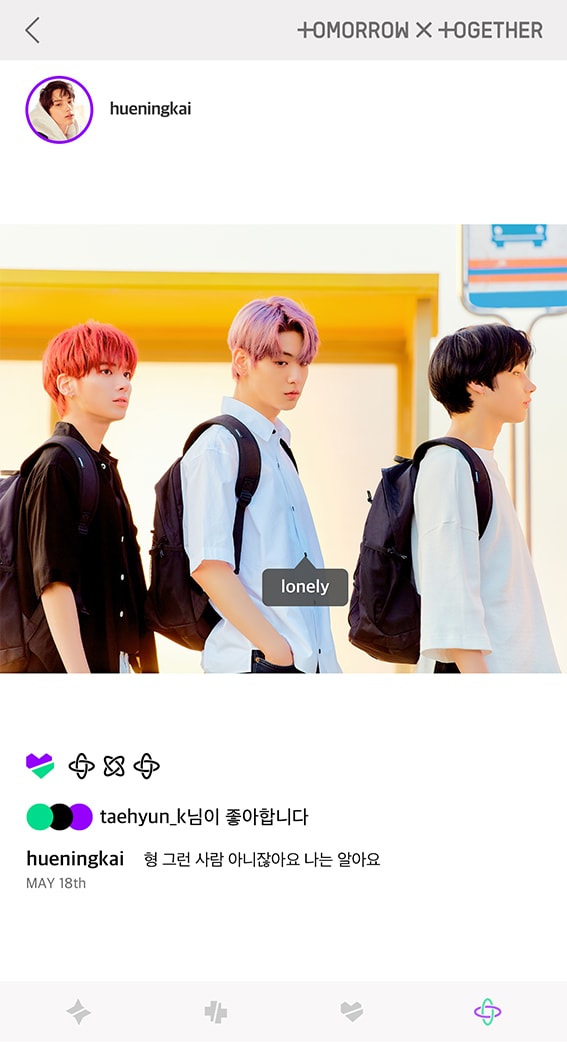 Previously, the five members gathered attention by showing their emotional acting in the concept trailer of the new album that was released on April 29. Raising the bar, the concept trailer depicted an intense story about gradually drifting away from close friends and the isolation that is felt afterwards.

TXT’s The Dream Chapter: ETERNITY will be released on May 18 across all music streaming platforms.