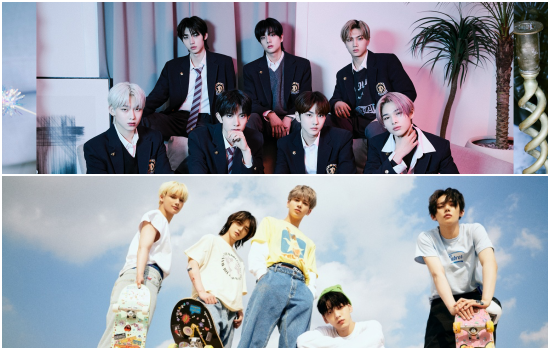 TXT To Participate In A Special Collaboration With ENHYPEN

Rising fourth generation boy groups, Tomorrow By Together and ENHYPEN, will join forces for a collaboration track!

TXT and ENHYPEN will embark on a special collaboration project, to the delight of fans. TXT’s Taehyun and Hueningkai announced the news during their appearance of the late-night radio program, ENHYPEN ANNX (All Night Nippon X) Radio. ENHYPEN hosts the program’s Monday shows, and the TXT members joined DJs Jay and Ni-Ki*.

The start of the program began with cheerful synergy as the groups introduced fan’s messages during the segment, Let’s Choose Which!, where the idols enacted different skits and tried their various Japanese lines.

Fans Can Await A Special Project

At the conclusion of the broadcast, TXT expressed their love for their juniors. They stated, “It was fun to be on the show with ENHYPEN. Please invite me again next time, and thank you.” The group also reminded fans that TXT’s upcoming Japanese EP, Chaotic Wonderland, releases November 10.

Additionally, ENHYPEN returned the warm feelings, explaining, “It was so much fun to be able to do a radio broadcast with my senior today. I hope we can do something together again.”

During the program, the members also hinted towards an upcoming collaboration, “In fact, Tomorrow X Together sunbaenim participated in ENHYPEN’s new album. You may be very curious, but I can only tell you up to here today, so please look forward to it and wait.” While the exact member and the nature of their contributions remain a secret, the news itself raised excitement from listeners.

Meanwhile, TXT recently made their comeback last month with their second full-length repackage album, THE CHAOS CHAPTER: FIGHT OR ESCAPE. The group received support from global fans or their exploration of youth feelings and their worldview.

*Note: The program was filmed prior to the members’ positive diagnoses of COVID-19.