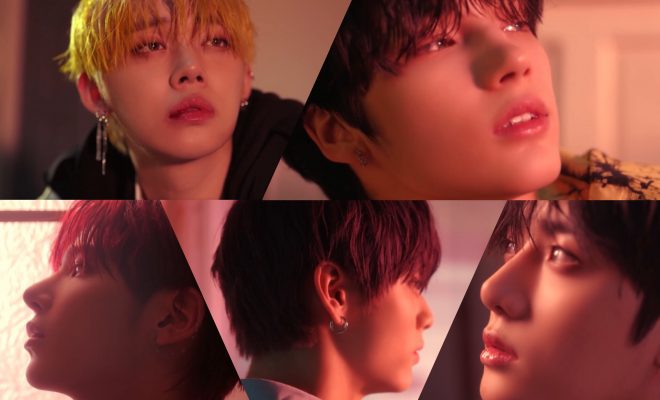 TXT Unveils A Prepossessing Pre-Sequel To “Can’t You See Me?”

TXT shared a new page from their latest ‘chapter’ as they revealed an enigmatic pre-sequel video of their track “Can’t You See Me?”

The video opens in a scenario that takes place seemingly after the night it all burned down. After the chaos and destruction, TXT sit in isolation amidst a desolate setting as in the “Can’t You See Me?” music video.

The members exude a despondent air which is reflective in their demeanours. Soobin, Beomgyu, Taehyun, Yeonjun and Huening Kai, all look singularly sorrowful.

Soon after, a bright pink light pierces through, breaking the melancholic mood. Mesmerised, the members are drawn to the light as they walk over to the window to witness it.

The pink light could signify the dawn after a dark night and with that comes a slight shift in the members’ overall vibe as well. The piano based melody with its haunting melancholia in the previously released individual teasers for “Can’t You See Me?” inspires the background score of this teaser as well.

However, towards the end when the members gaze towards the pink light, there is a subtle lift that occurs in the solemn tone of the melody and the tune sounds more upbeat and bright.

”Can’t You See Me?” is the group’s title track from their smashing album The Dream Chapter: Eternity. The album was raved about by fans across the globe for its versatility in terms of its unique sound that catered to a lot of musical tastes. 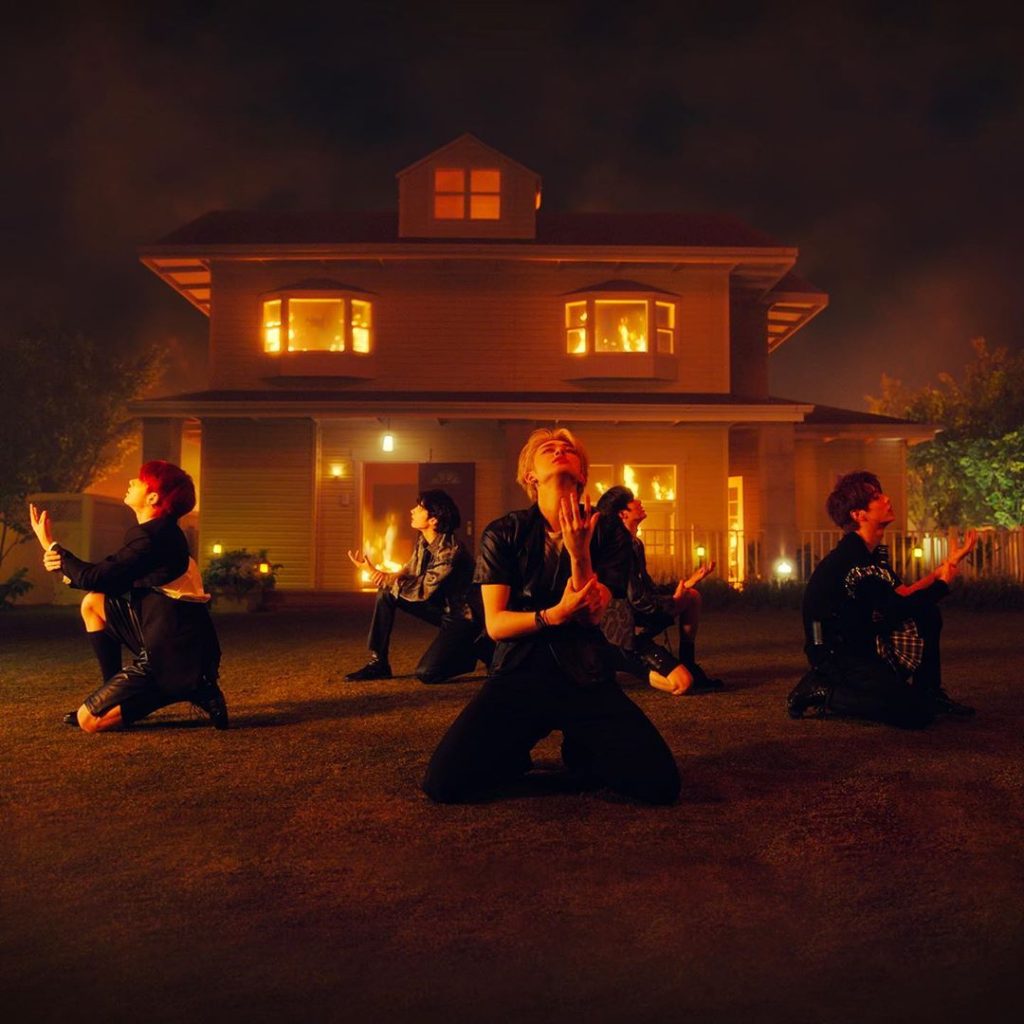 The title track, especially, stood out the most to fans for its intriguing execution from its style to the overall concept. TXT definitely made quite the dynamic statement with “Can’t You See Me?”

Hellokpop, as an independent Korean entertainment news website (without influence from any agency or corporation), we need your support! If you have enjoyed our work, consider to support us with a one-time or recurring donation from as low as US$5 to keep our site going! Donate securely below via Stripe, Paypal, Apple Pay or Google Wallet.
FacebookTwitter
SubscribeGoogleWhatsappPinterestDiggRedditStumbleuponVkWeiboPocketTumblrMailMeneameOdnoklassniki
Related ItemsThe Dream Chapter ETERNITYTomorrow X TogetherTXT투모로우바이투게더
← Previous Story #Happy_Prince_Yeosang_Day: Celebrating ATEEZ’s Vocalist Kang Yeosang On His Birthday
Next Story → CRAVITY Joins The Exciting Lineup Of Artists To Perform In “KCON:TACT 2020 Summer”