UNIQ is ready to kick off its promotional activities in other countries outside of Korea, taking the first step with the group’s first-ever showcase in Japan.

The Chinese-Korean group’s management agencies, Yuehwa Entertainment and Starship Entertainment made an announcement on June 11, regarding the coming showcase. They stated:

UNIQ will be holding its first showcase in Japan with two shows at the Osaka Theater Brava on July 19 and two more at the Tokyo Hoku Topia Sakura Hall on July 20 for a total of four shows. 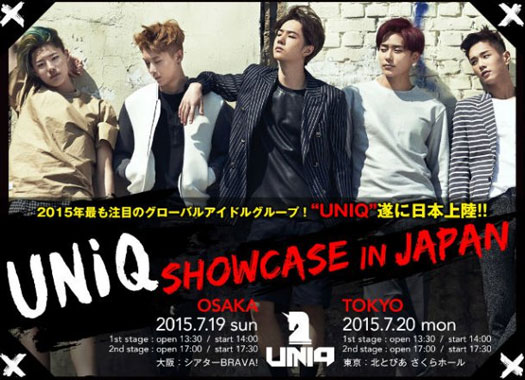 According to the agencies, the five-member boy group will not only be showcasing its tracks Falling in Love and EOEO for Japanese fans, but show unique solo performances as well.

In related news, UNIQ recently dropped the music video for its song Luv Again, and is currently working hard to promote its first mini album EOEO in Korea and Japan.

Watch the MV for Luv Again below: