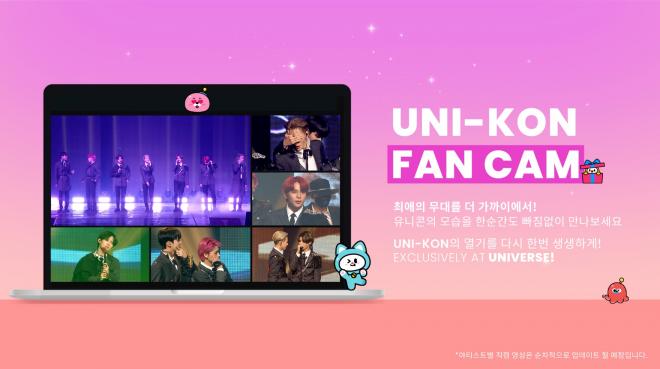 Reminisce the night of fun with your favorite idols through UNI–KON’s VOD Services!

NCSOFT and its subsidiary KLAP have announced that the VOD services for their recently-concluded online concert, UNI-KON, is now available via the UNIVERSE application.

Various contents, such as on-site photos and behind-the-scene videos are all available in VOD clips, solo fan cams, and full VOD.

Starting April 5, the VOD of fourteen artists who participated in UNI-KON will be released sequentially. Meanwhile on April 10, full VOD, which contains the entire concert, will be released as well.

The UNI-KON VOD can be played after signing up for the app membership. The VOD can be purchased separately with the “LOVE” goods.