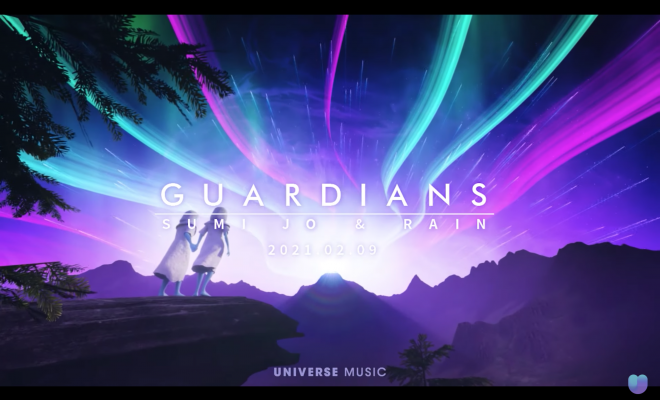 UNIVERSE Reveals The First Teaser For The Theme Song “Guardians(Universe)”

UNIVERSE unveils the first look into its theme song, “Guardians(Universe)”, sung by Rain and Jo Sumi during a music video teaser!

UNIVERSE, the new K-Pop fandom platform, continues exciting with their original content series. As part of this project, its platform artists release a new song and music video monthly in celebration of the new community launch. Furthermore, the platform now revealed a music video for the platform’s theme song titled “Guardians(Universe)”, performed by industry icons Rain and Jo Sumi. 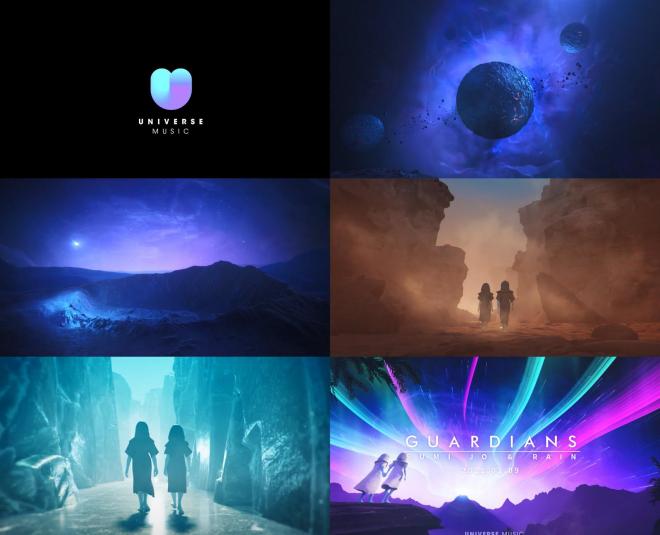 “Guardians(Universe)” conveys a hopeful message about K-culture and its love received from global fans. Additionally, the track hints towards the beginning of the worldview that may unfold in the platform.

KLAP revealed, “As the two K-culture leaders participated in the song, they made a lot of efforts with fantasy storytelling, beautiful video beauty, and magnificent sound”, increasing anticipation for the theme song’s release.

The music video teaser itself promised a fantastical, galactic journey. The stunning animations and effects in combination with the emotive instrumental track excited fans for its release. Moreover, many are looking forward to hearing the track between Soprano star Jo Sumi and iconic soloist Rain. Though different in style, the pair broke through the limitations of genre for this grand collaboration.

The all-in-one platform released in 134 countries on January 28. Its artists include industry leaders such as Kang Daniel, ATEEZ, IZ*ONE, WJSN and more. Meanwhile, artists will gift fans with stunning stages during UNIVERSE’s digital concert on February 14 at 7 PM KST.

RT this tweet and get a K-POP concert invitation from UNIVERSE!#Valentine_Gift_From_UNIVERSE pic.twitter.com/DG1YwCyr0E