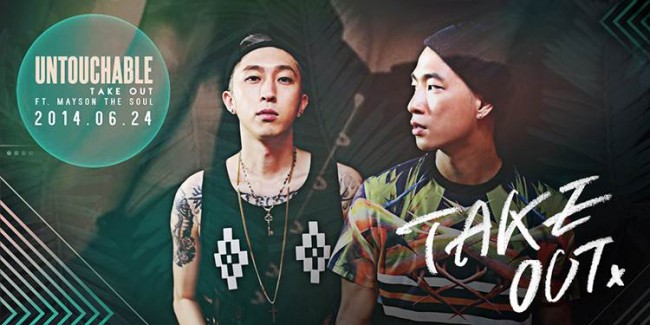 Untouchable gets jiggy with new release “Take Out”

The music video contains a story of the members Sleepy and Jiggy Action in a bar and gym hitting on girls and wanting to take them to a quieter place to talk. After releasing single “Call Me” last year, this song has definitely hit fans’ expectations with a mix of R&B and hip hop; fans are enjoying the best of both. Check out the music video below:

Member Sleepy has also taken to Twitter to reach out to his fans about Untouchable’s new music video release by tweeting “Untouchable Release” with a link to the music video.

The duo has had many singles that have topped charts including, Tell me Why featuring South Korean rapper Hwayoung, Living in the Heart featuring the vocals of Narsha from girl group Brown Eyed Girls, and also latest single Call me featuring Andrew Choi who is known for coming third place in Season 2 of South Korean television competition show K-pop Star 2. If you haven’t heard their single Call me, take a listen below: