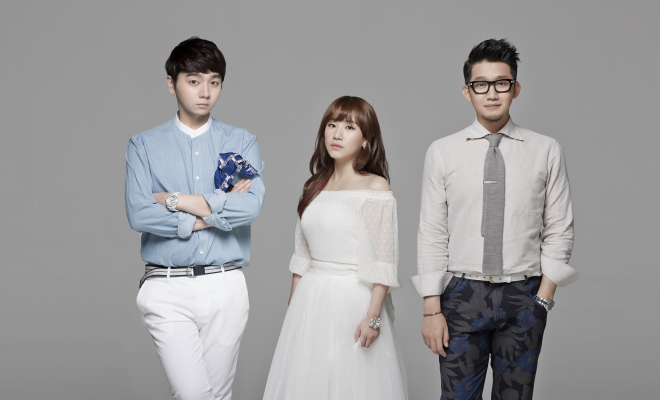 With the music video release on November 3rd for their title track Consolation (위로), fans have been highly anticipating the release of the rest of the full album ’04’.

Urban Zakapa has been loved since their debut as a skillful bunch of singer songwriters and again within a year they return to their the music scene with a full album. Until now their songs such as River, I Hate You (니가 싫어), and Blind (다르다는 것) have been dense and deep with emotions.

The nine songs in the album try to reach out to each individual in a busy crowd with sympathy. Urban Zakapa’s songs will soothe and comfort you just by the natural, minimal sounds on sleepless nights.

It looks like the overall composition of the songs have become very simple compared to their previous songs. However, as the season changes, careful experimentations are the results of the group inching toward musical growth every album.

The undeniably talented trio Urban Zakapa will be actively participating in broadcast programs and is currently preparing for the annual Urban Zakapa Concert ‘Winter’ in 8 cities.

Check out their released music videos: