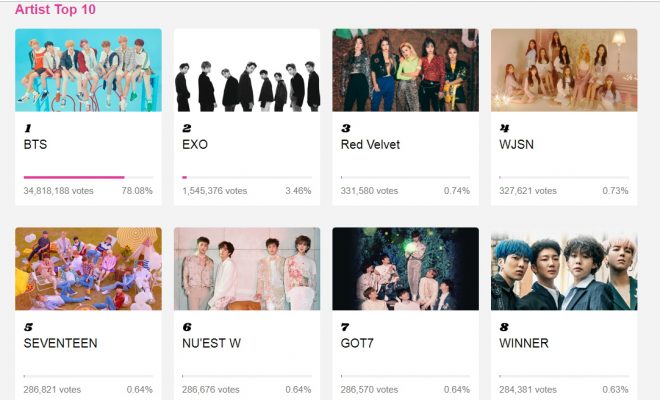 Guess which K-Pop artists dominated Naver’s V Live in the past year?

Naver’s V Live has revealed the list of winners for the various categories from the 2019 Global Top 10 voting!

The popular live streaming application took results from the online voting held from December 17 to 31, 2018 in order to name which artists were able to dominate the year that had recently ended. 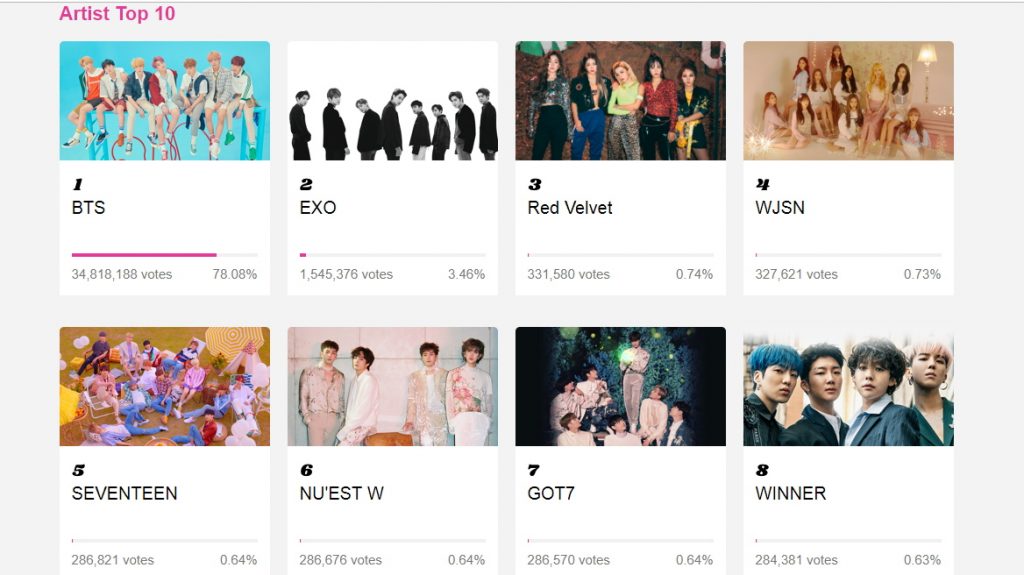 Due to being the group with the most fan votes that brought them to the number one spot, BTS was awarded the overall Best Artist award. As the winner of the Best Artist award, BTS will receive a trophy at the Golden Disc Awards on January 5.

READ: EXO And BTS Kick Off 2019 With Top Positions On Billboard Charts 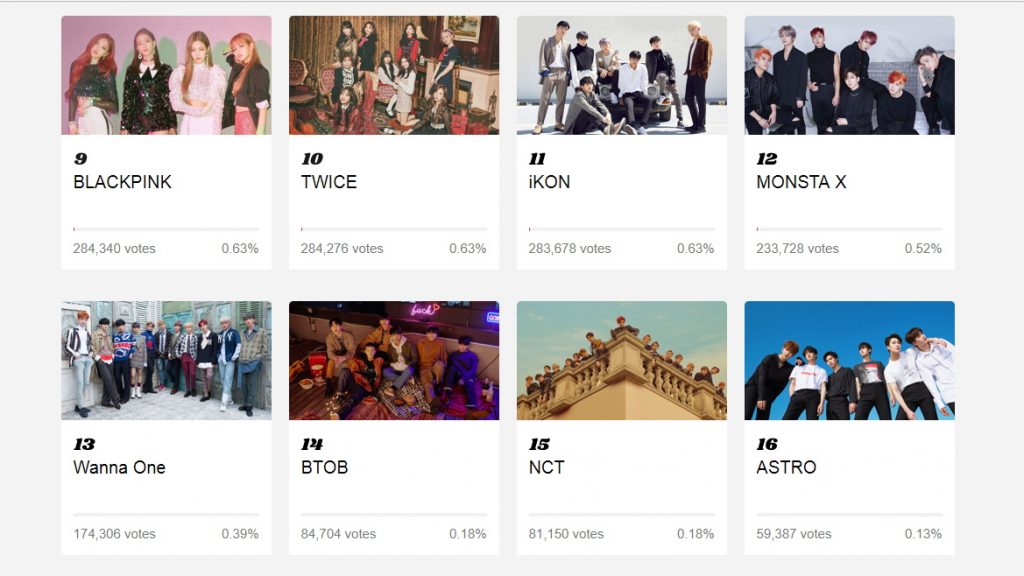 Being the only channel qualified for the ten million-plus follower count, BTS automatically won the category. GOT7 and EXO were the only two groups who competed in the five million-plus category, with GOT7 emerging triumphant in the battle.

Did your favourite K-Pop group make it to V Live’s Top 10 Artist Channels in 2019? Let us know by leaving a comment below, giving us a holler on Facebook, or tweeting us at @hellokpop!