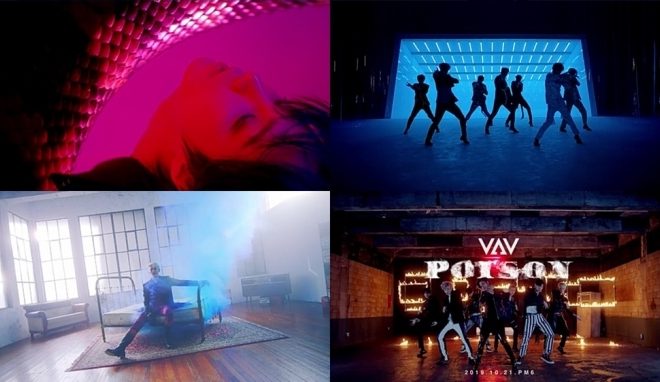 VAV left fans in a dreamy daze as they previewed the staggering concept they have in store for their comeback with “Poison”!

VAV further prepares to leave everyone weak in the knees as they edge closer to their highly-anticipated comeback with “Poison” this October 21! 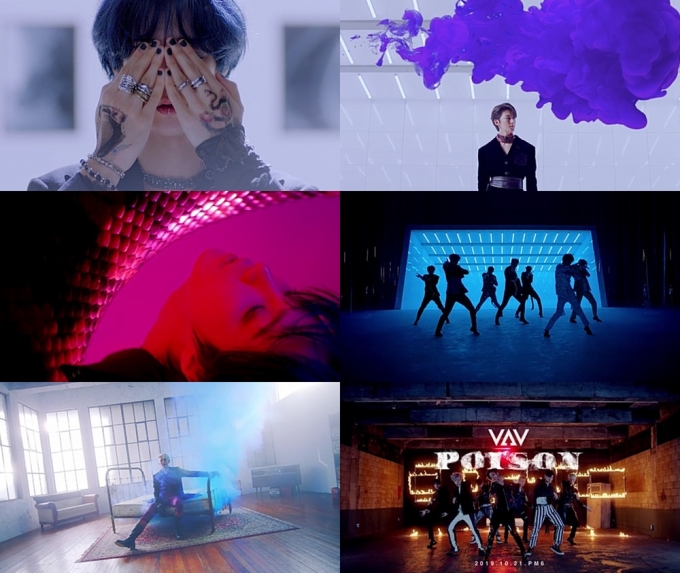 On October 18, the group released their second music video teaser for “Poison” where they delivered more sneak peeks to the intense and mystifying concept that they had prepared once again. Putting their lethal visuals at the forefront alongside the powerful choreography they have in store, the septet also showcased more of their comeback song’s electrifyingly upbeat pop rhythm.

This follows the equally mesmerizing first teaser that they released on October 16, as well as the performance spoiler they gifted fans with on October 17.

With the power and intensity that VAV’s teasers already radiate, the anticipation for “Poison”, which will come from their fifth mini-album of the same title, has definitely been set to a high bar as fans further prepare to be captivated by the septet once again.

In line with the release of their new album, song, and music video on October 21 at 6 PM KST, the group will be meeting their fans through a V Live broadcast showcase on the same day at 7 PM KST.

St.Van, Baron, ACE, Ayno, Jacob, Lou and Ziu are also holding a special busking event on October 18 at 7 PM KST. Taking place at the Banpo Hangang Park in Seoul, the event serves as both a commemoration of their upcoming mini-album release and a sweet meet-up with their supportive fans.

Hellokpop, as an independent Korean entertainment news website (without influence from any agency or corporation), we need your support! If you have enjoyed our work, consider to support us with a one-time or recurring donation from as low as US$5 to keep our site going! Donate securely below via Stripe, Paypal, Apple Pay or Google Wallet.
FacebookTwitter
SubscribeGoogleWhatsappPinterestDiggRedditStumbleuponVkWeiboPocketTumblrMailMeneameOdnoklassniki
Related ItemsPoisonvav
← Previous Story IU And Krystal Revealed To Be Staying At Sulli’s Funeral Since First Day Amidst Hateful Comments From Netizens
Next Story → MONSTA X Illuminates Their Striking Visuals In First Set Of Teaser Photos For “Follow: Find You”