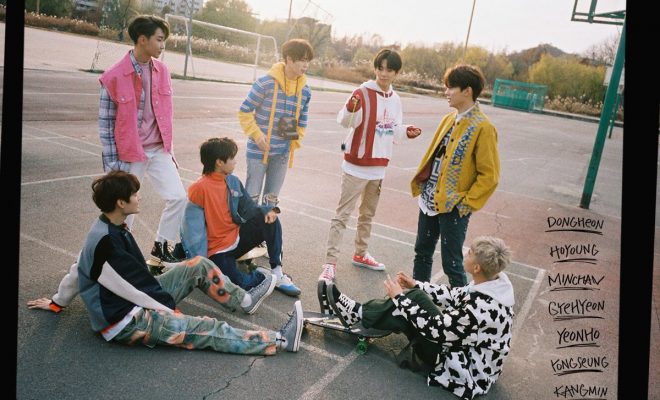 VERIVERY Rings On Your Heart With Debut Album ‘VERI-US’

VERIVERY just released their debut album and we can’t help but groove along to their title track, “Ring Ring Ring”.

VERIVERY stirred up the music industry since last year. The commotion caused people to put a high expectation on their first release.

Their first mini album, VERI-US, is an album filled with lyrics and songs penned by none other than the members themselves. The album introduced the unique color and energy of each member and the group as a whole.

The title track, “Ring Ring Ring”, is a song co-written by members Dongheon and Hoyoung. It reinterprets the New Jack Swing genre with the sensitivity of each member. It’s a song that catches your ears easily and you’ll probably dance along after the first chorus.

As for their B-tracks, the song “Flower” showcases a catchy combination of guitar and synth. “F.I.L” is a song that captured their feelings after a hi-touch event with fans. They wrote it with a romantic melody and sweet lyrics.

“Alright” is an energetic track that sounds similar to retro punk music. In addition, the album also includes an acoustic version of “Super Special”, the OST they made for their variety show filmed before debut.

VERIVERY has been on everyone’s tongues even before they debuted. Not only do the members operate their own group account, they also make and edit their own contents as well as being active in communicating with fans.

In particular, they displayed their creative potential and their legacy as a talented idol by racking up a huge following even before their debut. Their music video is an explosion of youthful energy and popping color. Aside from the irresistible visuals, they also have some playful themes as well as a retro vibe. Check out their music video below.

VERIVERY debuted on January 9th and released their album at 6PM. You can stream their music on music sites like Melon and Spotify. Keep updated with the boys with their official group Twitter and their official member handled Twitter accounts. Stay updated with your latest Hallyu news. Follow us on Twitter!

Hellokpop, as an independent Korean entertainment news website (without influence from any agency or corporation), we need your support! If you have enjoyed our work, consider to support us with a one-time or recurring donation from as low as US$5 to keep our site going! Donate securely below via Stripe, Paypal, Apple Pay or Google Wallet.
FacebookTwitter
SubscribeGoogleWhatsappPinterestDiggRedditStumbleuponVkWeiboPocketTumblrMailMeneameOdnoklassniki
Related ItemsVERI-USVERIVERY
← Previous Story Kim Jaehwan Sticks With Wanna One’s Agency + Launches Social Media Accounts For Solo Career
Next Story → Park Ji Hoon To Share Updates With Fans Via His Official Website And Instagram Account