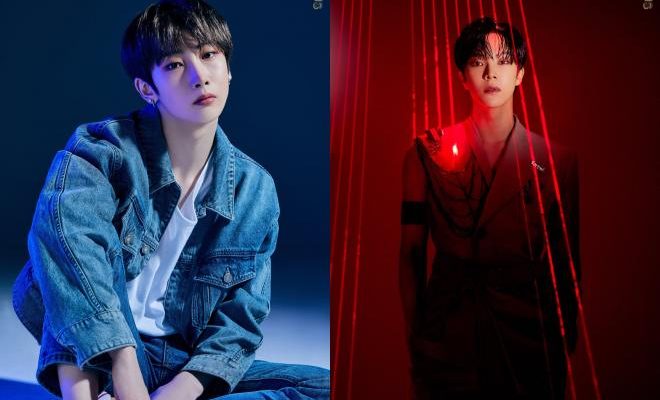 VERRER are you ready to ‘face’ a powerful new era with VERIVERY?

VERIVERY has released their first set of concept images as well as character teasers for their upcoming comeback album FACE US. Revealing somewhat contrasting views, the photos and teasers give off a look akin to fire and ice thereby raising anticipations for what’s to come!

Starting with leader DONGHEON and lead rapper HOYOUNG, the images look captivating to state the least. The members look show stopping in each of the shots that radiate with confidence and charisma. 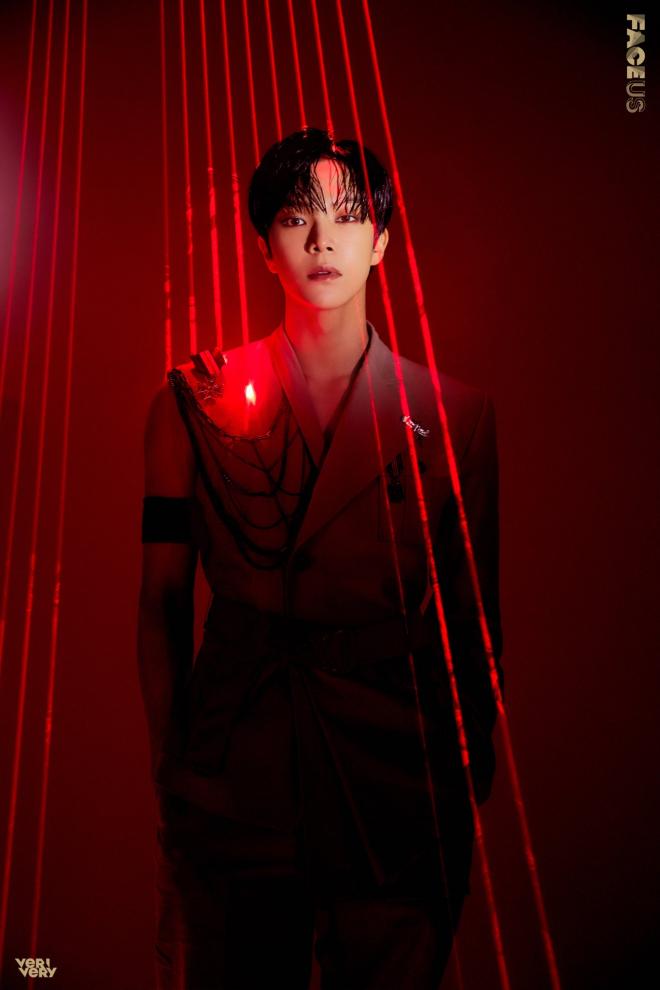 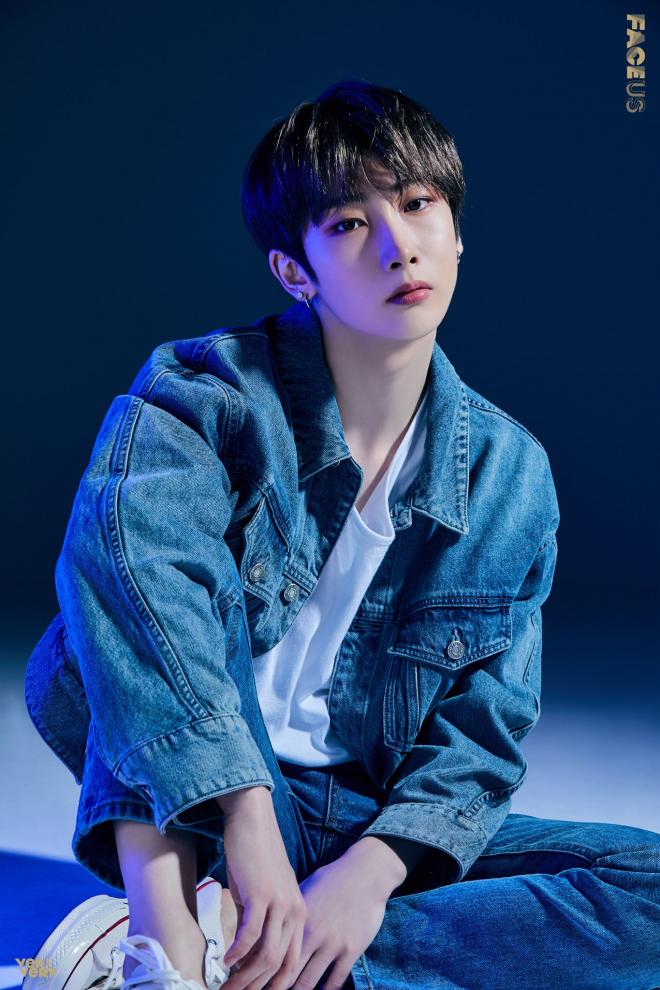 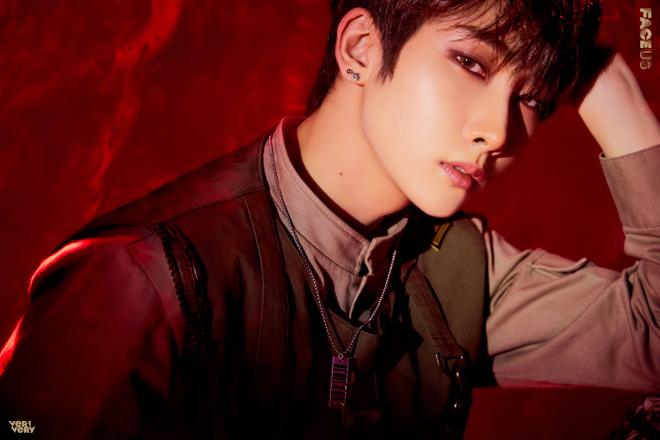 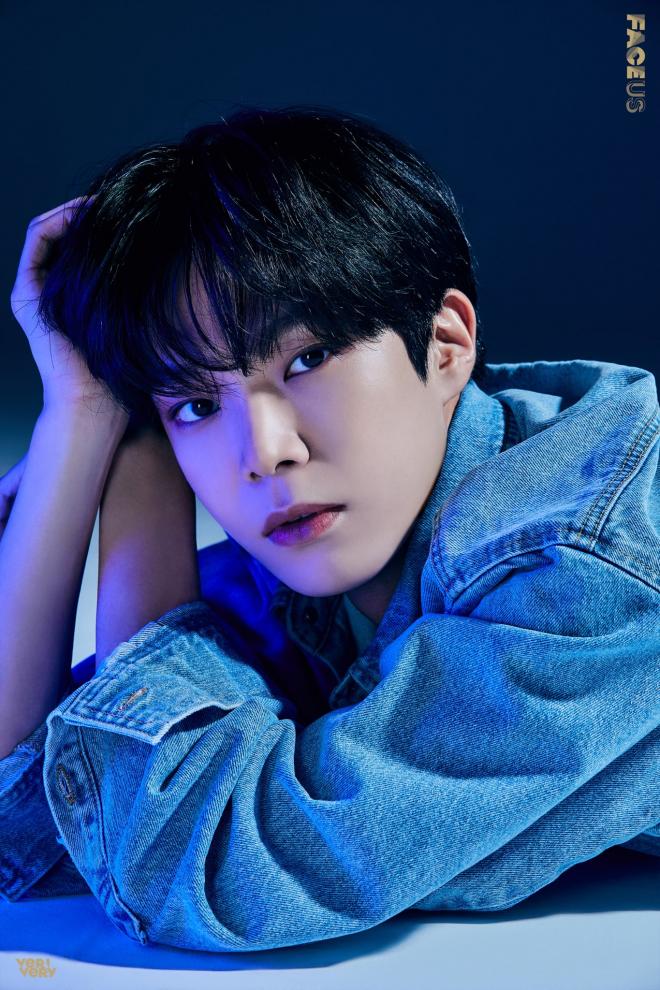 Staying true to the color schemes, the red versions showcase a more passionate and fiery energy while the blue toned versions give off a more laid back and chilled vibe. DONGHEON and HOYOUNG exude a fatal charm which is mesmerizing and mystifying all at once.

Adding to the intrigue however, are the character teasers accompanying the official photos. Each of the teasers are reflective of the juxtaposing red and blue color palettes and yet mirror each other in conceptualization.

DONGHEON stands amidst a blue toned backdrop while HOYOUNG looks striking in a red toned setting. Even so, both the alluring artists share a similarity in the clips of being blindfolded.

Towards the end of the teaser, however, both the VERIVERY members take off their blindfolds. They then dazzle fans with their bold and focused stare while furthering excitements and piquing curiosities as well.

Besides these intriguing photos and teasers, VERIVERY had disclosed a thrilling schedule poster as well. According to the scheduler, the group will now be unveiling individual official photos and teaser videos from October 3 to October 4. They will be revealing a glorious official group photo on October 5. 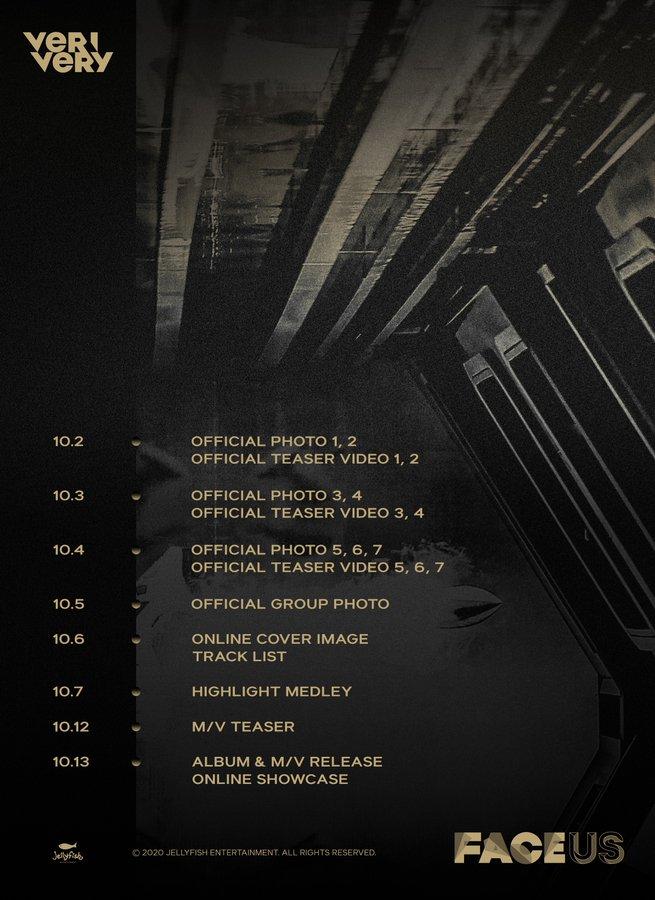 The online cover image and track list will be released on October 6. A highlight medley giving a glimpse into the album will follow on October 7. An exciting music video teaser will be dropped on October 12.

Meanwhile, VERIVERY will be releasing their 5th mini album FACE US on October 13 alongside an official music video. An online showcase will be aired on the same day as well.