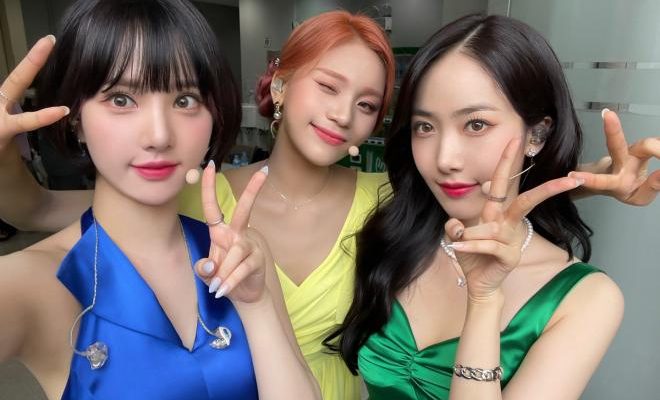 VIVIZ will make a comeback as summer queens with their upcoming mini-album release, Summer Vibe.

VIVIZ joins a packed comeback season, making their returns as summer queens in their second mini-album, Summer Vibe. The group thrilled fans with the news of their next project by posting a teaser image on their official SNS platforms on June 23. 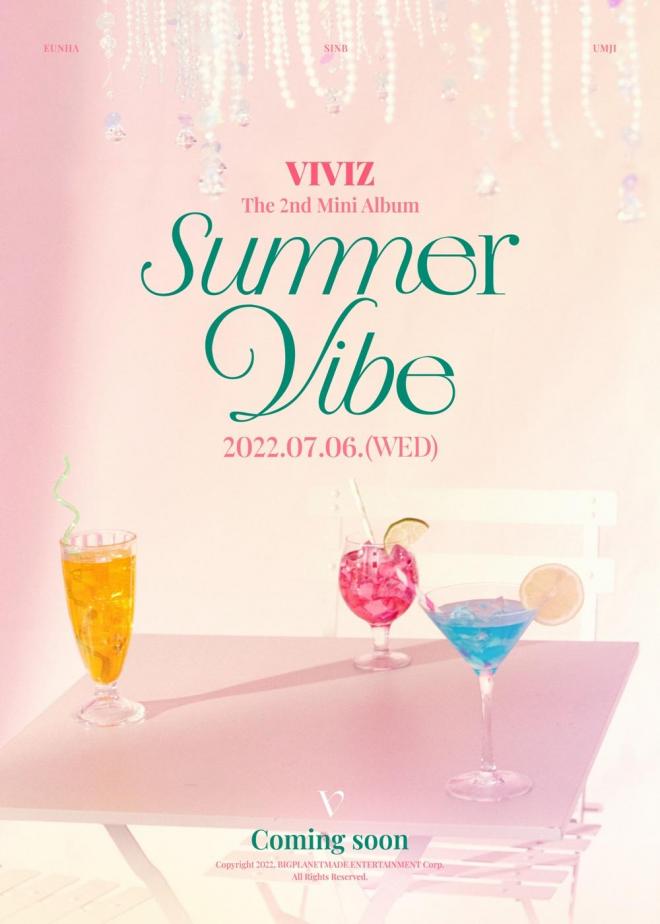 This marks their comeback after five months. The teaser image provides a glimpse into the refreshing project fans can anticipate, featuring three bright drinks to represent its trio of members. Also pictured with sparkling crystal accessories, the photo teases the shining comeback to come.

VIVIZ released their debut mini-album, Beam of Prism, earlier this year in February. They topped the charts with the title track, “BOP BOP!”, illustrating their growing popularity after emerging as a group. Additionally, VIVIZ won two music broadcasts only a week after making their comeback, making notable achievements early on in their promotions.

Since then, the group charmed fans with a variety of new music and schedules. This includes expanding their promotions in the US, first through their appearance on Grammy Global Spin, followed by the remix release of “BOP BOP!” featuring American DJ, Yves V. VIVIZ charted on various iTunes charts in the US and Europe, showcasing their impressive worldwide presence.

Additionally, the group enthralled audiences with their powerful stages during their participation in Mnet’s survival program, Queendom 2.

Following their recent success, many are eagerly anticipating the new sound and look VIVIZ will show with their upcoming project. As the mini-album suggests, fans are ready for the group to deliver the ‘Summer Vibe’ with their newest music. VIVIZ will make their comeback on July 6 at 6 PM KST.