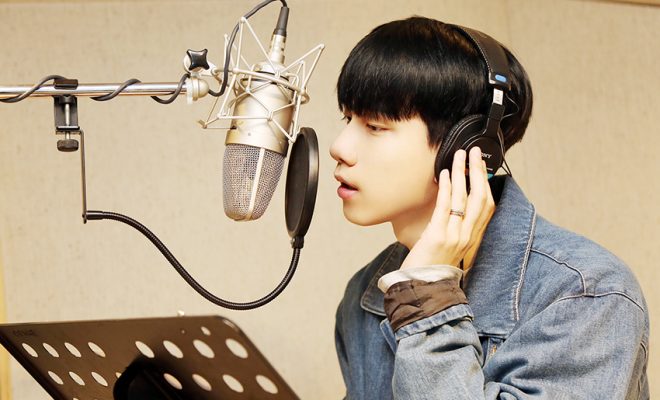 A special gift from VIXX’s Hyuk, made with love!

“I’ll Hug You has this message of someone approaching and loving me was unfamiliar to me but now, I’ll be the one who’ll approach and love first,” Hyuk said. He also shared that the part “Just like this… like this” were his favorite lyrics in the song because it creates a lingering imagery. “It seems to summarize the whole message of the song,” he added.

The youngest member of VIXX has previously showcased his song writing skill with Milky Way from the group’s second compilation album VIXX 2016 Conception Ker. Hyuk further revealed that his experience with Milky Way has pushed him to start composing his own song.

“I want to make my own song showing my musicality and sincerity,” he said. He also shared his difficulties in writing and composing, which, according to him was not easy. Hyuk spent days and nights thinking about the lyrics and even working until sunrise without notice. He revealed that he went through a lot of editing in his writing to create I’ll Hug You. 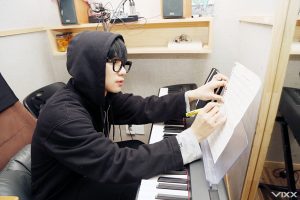 To have more fans listen to the song, Hyuk made I’ll Hug You available for free. “I wanted to be of a huge support in repaying for your love, and I have prepared a small gift with my sincerest heart through this song,” the idol said, addressing Starlights.

Hyuk promised to work harder and show better performances as part of his New Year resolution. He also revealed his intention to venture into acting when the opportunity arises. “I want to be an artist who is praised by many fans and people,” the VIXX member said.

Members Ravi and N showed their support for their youngest with sincere messages. Ravi also gave Hyuk advice on composition. 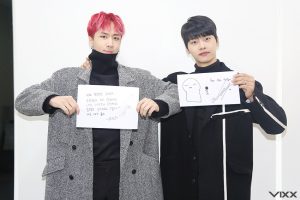 Ravi and N show their support for their youngest member. (Credit: Jellyfish Entertainment)

Hellokpop, as an independent Korean entertainment news website (without influence from any agency or corporation), we need your support! If you have enjoyed our work, consider to support us with a one-time or recurring donation from as low as US$5 to keep our site going! Donate securely below via Stripe, Paypal, Apple Pay or Google Wallet.
58
SHARES
FacebookTwitter
SubscribeGoogleWhatsappPinterestDiggRedditStumbleuponVkWeiboPocketTumblrMailMeneameOdnoklassniki
Related ItemsHyukI'll Hug YouMilky WayNRaviRavi. HyukVIXXVIXX 2016 Conception Ker
← Previous Story Kim Hyun Joong Greets Fans In Special Video Ahead of Military Discharge
Next Story → BTS’s Suga Transforms Into A Pretty Female Student – “I Look Exactly Like My Youngest Aunt”