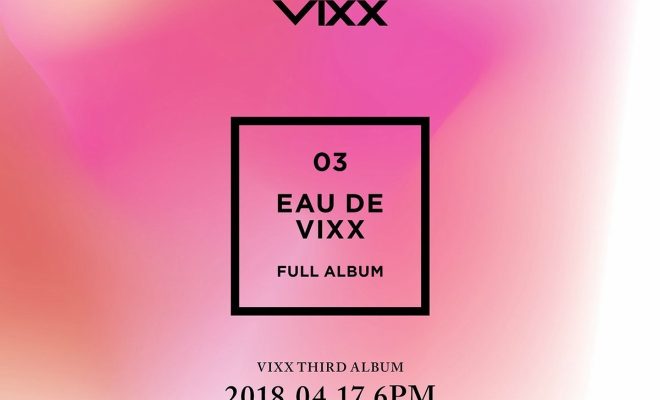 VIXX’s Pink Teaser Image Sparks Curiosity, Left Fans Wondering If They Are Getting Perfume As An Album

Keep your senses on a lookout for the return of VIXX next month!

South Korean boy group VIXX is ready to take on a new concept as it announces its plan to join April K-pop comebacks.

Jellyfish Entertainment announced via the group’s social media accounts the return of K-Pop’s “concept kings” on April 17 with its third full album.

The teaser image shows the words “03 EAU DE VIXX FULL ALBUM” on a pink backdrop, sparking fans’ curiosity on what the boy group has in store for its upcoming comeback. 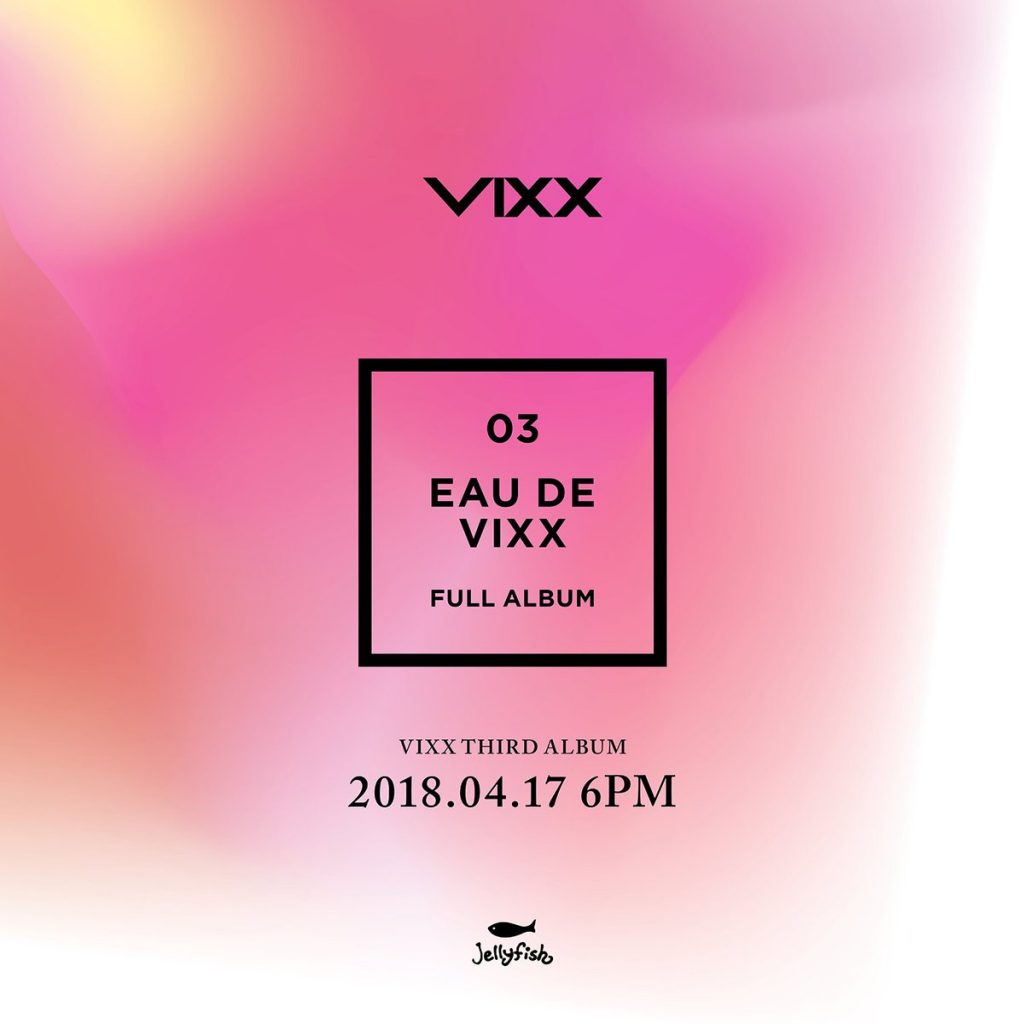 No other details has been revealed as of press time, but fans have begun speculating about the album. A fan commented, “Are we getting perfume as an album?”. This is in reference to the album title “eau de” which is French for “water of” and commonly used along with “toilette”. “Eau de toilette” or toilet water is cologne with light scent typically used as skin freshener.

Eau De VIXX will be the boy group’s first album after two and half years since Chained Up. Recently, the members have been focused on their individual and unit activities.

VIXX is already attracting attention as it opened a new horizon for K-Pop with the release of its fourth mini-album Shangri-La where they did a unique oriental fantasy concept.