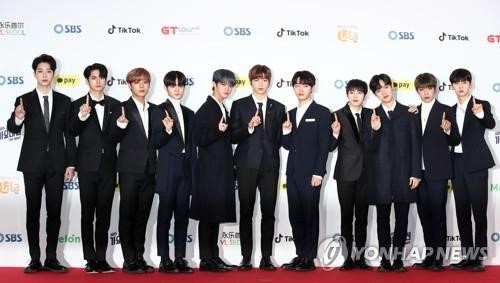 What Wanna One Members Will Do After Disbandment (Outline)

Wanna One members share plans in the entertainment industry after disbandment.

Wanna One will be saying their final goodbyes as a group on January 24-27 through a final concert at the Gocheok Sky Dome. The venue holds a significant value to the group as they held their debut showcase there.

Here are the plans of each Wanna One member after the last concert, sadly:

Kang Daniel has proved to be an enigma in the entertainment industry. Aside from being Wanna One’s center, he has guested in numerous variety shows, and topped brand power rankings throughout 2018. He plans to go solo for 2019. Kim Jaehwan is a member who writes songs directly. With a couple of solo recordings and vocal practicing, he is also set to release his own solo album in the near future.

Yoon Jisung also plans to be a soloist after Wanna One. He is set to release a solo album before joining the military this year. The album is projected to be released on February 20. In the mean time, he will be having his musical debut on Those Days. On the other hand, Ha Sungwoon is still in the planning stages regarding his solo career. He also has an album to be released, either at the end of February or at the beginning of March. In the meantime, he is in discussion in joining Hotshot again.

Hwang Minhyun displayed his endless talents in Produce 101 Season 2. In relation, he will re-join his bandmates at NU’EST. On the other hand, Bae Jinyoung will focus on his acting career. He has various plans such as another team formation rather than going for a solo career. Jinyoung is in the process of reorganizing his career plans with his company.

Park Jihoon is known as a child star, who secured roles in The King and I and Kimchi Cheese Smile. At present, he is going to focus to work on both his singing and acting career. Lai Guanlin will continue his global career. In China, he will be exploring his talent in drama with an upcoming show in February. In South Korea, he is looking forward to be part of a new group with Cube Entertainment.

Lee Daehwi and Park Woojin are in the process of joining MXM group. On the other hand, Ong Seongwoo is in the process of planning his acting career. It was confirmed before that he will only participate in dramas after activities in Wanna One.

These 11 talented boys look set to have bright future ahead of them. Let join us and wish wish them a successful and prosperous 2019!