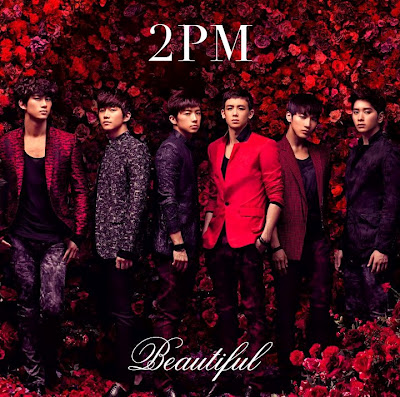 Who would have guessed? 2PM to leave Korea for Japan?

After striving to establish its name in Korea, 2PM seems to have set its eyes on a more prolific market. It has been 13 months since the JYP boys’ last Korean album. In between, 2PM has been cashing in in Japan, with a flurry of releases which were all certified Gold Disk (100,000 physical sales) shortly after release. Enough to stir jealousy amongst their fellow hallyu stars; 2PM has opened a path to super-stardom. The keys to their success: variety skills, original releases, constant promotions, a Japanese and a world tour, and, most importantly, their innate it factor.

Unlike many other artists, 2PM did not fully abandon their Korean fans since their departure from the country to promote elsewhere. They managed to remain in the public eye with group variety events and advertisement campaigns; on the music scene with Woo Young’s first solo album, 23, Male, Single, and earned critical praise for Jun.K and Junho’s self-composed releases as well as  Taecyeon’s collaboration project, Blue Bears. Though 2PM planned to comeback to Korea this summer with the release of their Japanese hit Beautiful, Nichkhun‘s recent traffic collision controversy pushes back their plans for a comeback; while also making it difficult for them to return to their homeland’s music scene as of right now. But, 2PM does not let itself abate, for the release of their new Japanese single, Masquerade, is already on its way.

One can wonder what the future has in store for 2PM and which direction they will head to. Will they favour Japan from now on and follow KARA‘s path by only coming back a few weeks in the year on their home ground or will they pull a BIGBANG and desert Korea as a group, for an endless hiatus tempered by solo promotions? Whichever 2PM choose, such a dispatch was EXPECTED after their flying Japanese debut last year, and the way their last Korean promotions for Hands Up, was cut short.