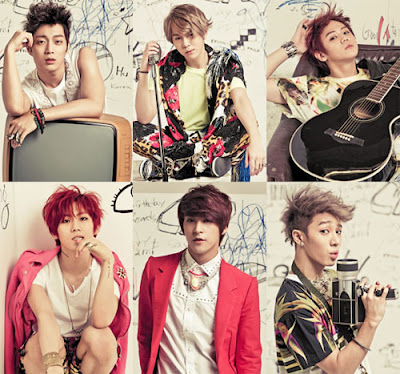 Who would have guessed? Beast makes dangerous long overdue comeback

Following Wonder Girls and 2NE1, here is an artist that greatly suffered from a long absence. After rising to prominence in Korea in May 2011 with the release of their first full-length album, Fiction and Fact, BEAST went on to make a mild debut in Japan, followed by an seemingly endless world tour that kept them from a Korean comeback until last July. In the meantime, rapper Jun Hyung featured on several other artists’ title-tracks, Hyun Seung was part of one of the most successful collaboration in recent years (Troublemaker with fellow Cube Entertainment star Hyuna), and BEAST later released the well received, though short-lived ballad track, I Knew It, last January. 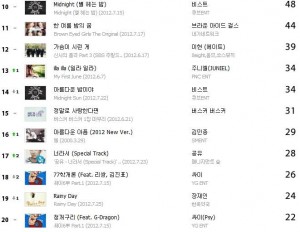 Though their hiatus was slowly getting nerve-breaking, nobody would have anticipated the slap in the face BEAST’s latest title-track, Beautiful Night, would receive upon release – especially when their teasing comeback track Midnight, received such a warm reception. After being absent for so long, BEAST’s decision to operate a u-turn in music style, right at the moment when they seemed to have found the successful formula of tormented ballad tracks, has been met by much perplexity by the general audience and fans alike. The group that made a killing on digital charts last year with Fiction and Rainy Days could barely make it in the Top 10 of any chart for the whole ten days that followed the release of Beautiful Night (as showed above). While the worst could be feared, with all attentions being poured on either PSY‘s Gangnam style, T-ara‘s controversy, BoA‘s lip-syncing or the Olympic Games, BEAST stood their ground and remained confident in their live performances, while seeing unsatisfying sales for the comeback.

During the month of August, the general audience that didn’t recognise the group they madly fell for last year, grew fond of the boys anew little by little. Despite a slow debut on the charts, Beautiful Night didn’t die off prematurely, it managed to hang on and even climb back spot by spot within the Top 10 week after week. Five weeks after release, BEAST can finally breath; their audacious and perhaps poorly planned change did not flop. It is now charting honorably, though its disastrous start on the charts makes it unable to rival against their previous records. They played with fire with this long overdue comeback and this UPSET could have cost them a lot more. BEAST is arguably not as big as they were last year, but they’re headed on a different track – allegedly of their own accords. It is up to them now to learn their lesson and consolidate their new start by being more consistent on the music scene.